Does the amplitude of action potentials vary among species?

The current model that's used to describe biophysical neurons is the Hodgkin-Huxley model, and one of its fundamental assumptions is that, action potentials (APs) are electrical events consisting of a large transient change in membrane polarization (typically around 100 mV). (source)

The reason for this can be seen when quantifying the absolute value of peak conductance during an AP, specifically when considering the average membrane resistance with respect to peak conductance. The following graph is from the original publication by Huxley & Hodgkin, just here, and it illustrates this principle. 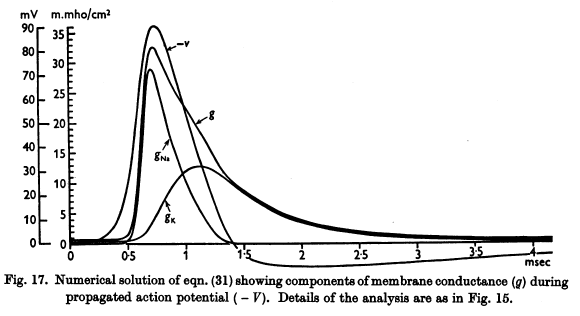 This model applies to virtually all excitable cells, and therefore, AP amplitude values aren't specific to the organism. Consider the following table which lists AP measurements amongst various animals, and pay notice to the values in the highlighted column. As can be seen, amplitude values remain fairly consistent across all animal types, hovering right around 100mV. (source)

And then, regarding humans, just as you stated, the resting potential of a neuron is ~ -70mV. When excited, the membrane potential rises to ~ +30mV.

Most cells in the body make use of charged particles, ions, to build up a charge across the cell membrane. ... The exact value measured for the resting membrane potential varies between cells, but -70 mV is most commonly used as this value. ... The change in the membrane voltage from -70 mV at rest to +30 mV at the end of depolarization is a 100-mV change. 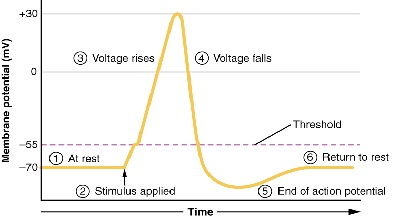 If you're well versed in math, you can directly compute the ~100mV change in membrane potential using the Goldman/Hodgkin/Katz equation, given that inter & extra cellular ion concentrations are known.

Not the answer you're looking for? Browse other questions tagged neuroscience zoology neurophysiology or ask your own question.