is this an insect? 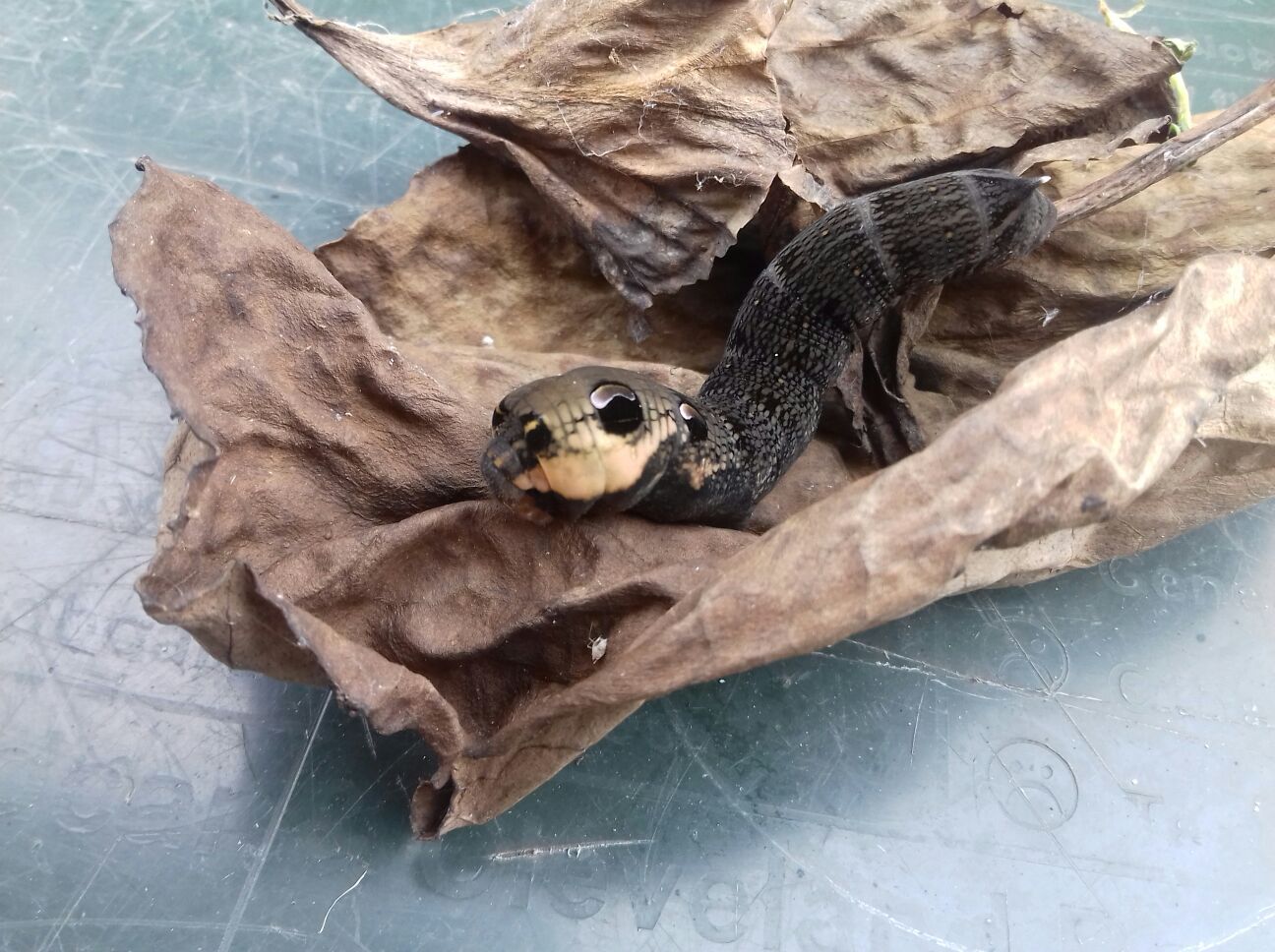 The creature is about 1 1/2 inches long and about 1/4 inch at its thickest point. It appears to have six leg. It also appears to be covered in fur. It seems to have four eyes, two facing forwards and one at either side of its head. The head is snake like in appearance. The tail is able to wrap itself around things; it was hanging by it from a leaf. The creature was found in a garden in the North East of England.

That is a moth caterpillar which belongs to the species Deilephila elpenor, and is commonly referred to as an "elephant-hawk moth". They're fairly common throughout England and Ireland, and, according to Wiki, this would be the most appropriate time of year for you to see the caterpillar form (larvae) of this moth.

In most of their range, the adults are seen from May to July and the caterpillars from July to September, when they pupate.

With today's date being August 21st, that matches perfectly.

Also, you mentioned, "It seems to have four eyes, two facing forwards and one at either side of its head. The head is snake like in appearance".

When startled, the caterpillar draws its trunk into its foremost body segment. This posture resembles a snake with a large head and four large eye-like patches. Caterpillars are preyed upon by birds, but these shy away (at least for some time) from caterpillars in "snake" pose. 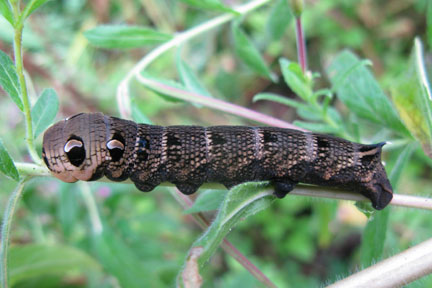 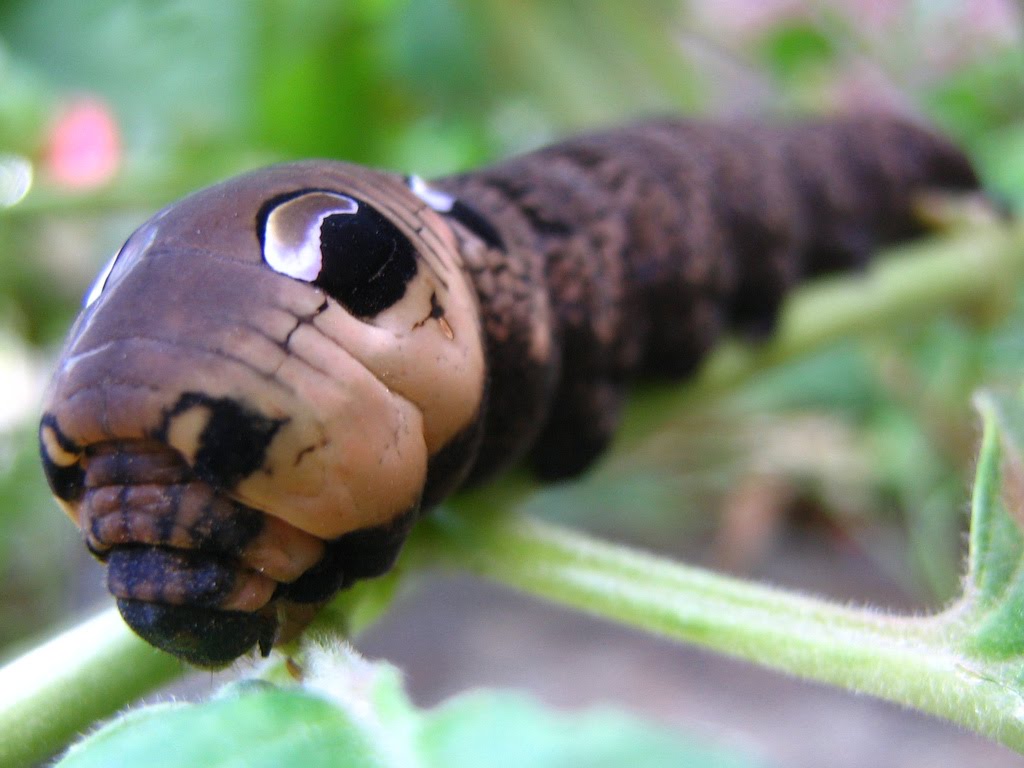 21
Identifying a creature that appears to be a worm wrapped in a cocoon
4
Caterpillar identification
7
Is this a saltwater millipede?
3
Trying to identify an insect
6
Which insect is this?
16
Identifying a thin, black, worm-like creature with a hammer-shaped head
3
Name this insect
1
What is the name of this black and white dove/pigeon?