Why is extracellular measurement of action potentials so different from intracellular?

I had read in a paper that present a low noise amplifier the following:

"...This level of input signal is larger than both typical action potentials (<500μV) and local field potentials (<5 mV). If a larger input signal is expected, the amplifier’s supply voltage can be increased at the expense of higher power consumption.We verified that our neural amplifier works in a real recording environment by using it to record action potentials in the robust nucleus of the arcopallium (RA) of the anesthesized zebra finch. Data were taken with a carbon fiber electrode (Kation Scientific, Inc.) electrode that had an impedance of approximately 800kHz at 1 KHz. A long extracellular trace and a short extracellular trace recorded from our amplifier (normalized by its gain) are shown in Figure 2. They were found to be identical to that recorded by a commercial neural amplifier (A-M Systems, Model 1800)." 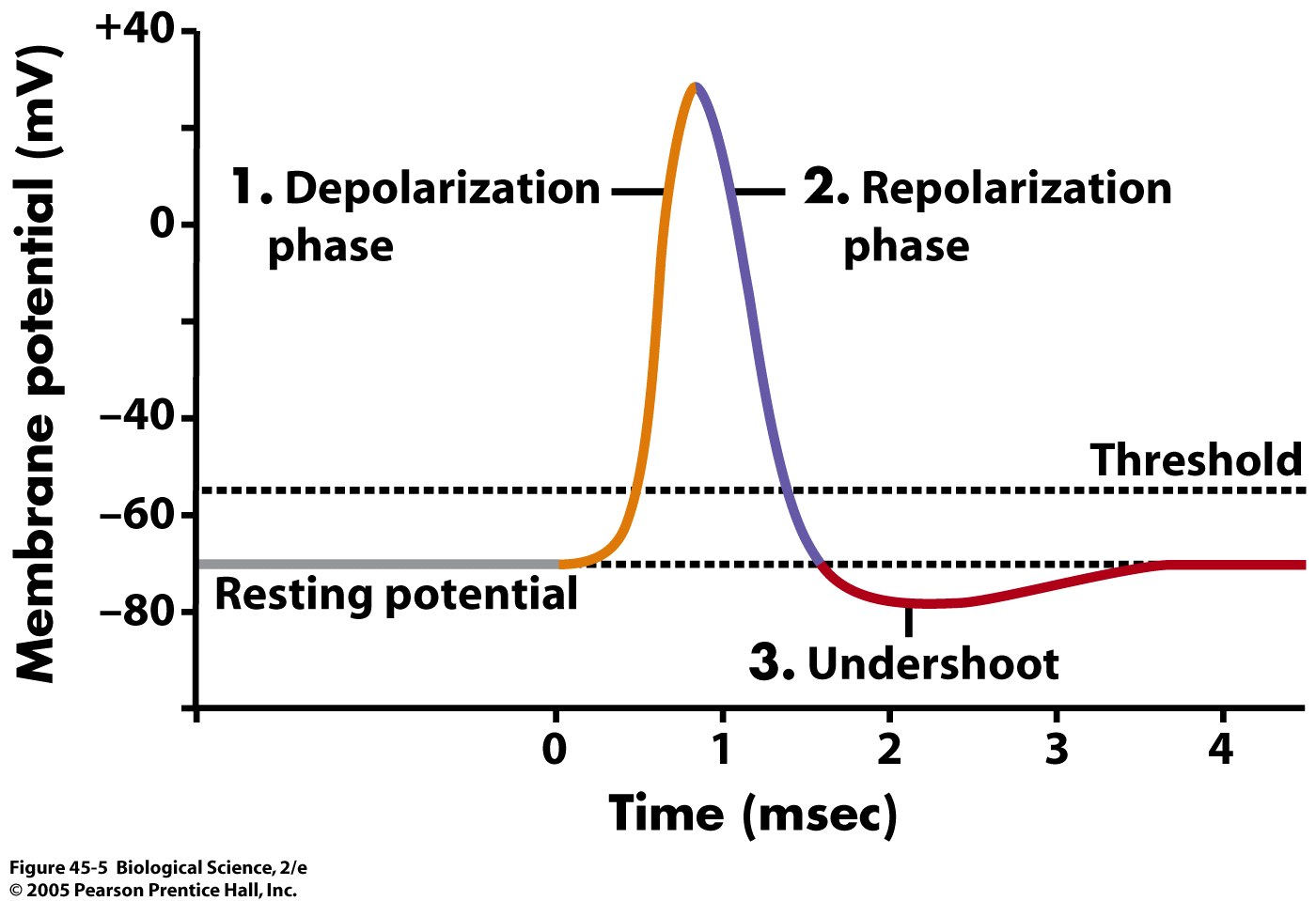 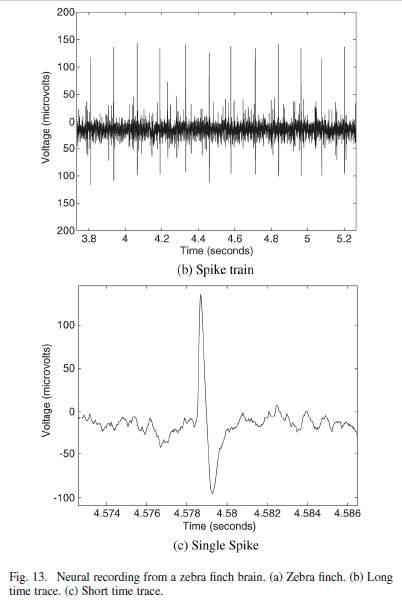 I'm going to mostly duplicate my answer to another question Neural signals amplitude since it's exactly the same as this one, but it has no upvotes so I can't vote as duplicate. Once I get an upvote either place I'll vote to close the other.

In the first figure, those voltages refer to the difference between the inside and outside of the cell (i.e., -70mV means the cell is 70mV more negative than the outside).

You can't possibly measure that potential difference from outside of a cell. When you do extracellular recording, like in the second figure, you are measuring spatial differences in ion concentrations that occur due to ions flowing in and out of cells. For example, when a cell fires an action potential, lots of positive ions flow into the cell; this makes the area just around the cell slightly more negative than an area further away. The magnitude of this potential as measured depends greatly on your recording configuration, the type of signal you are recording (i.e., population activity or just a single cell; synaptic currents versus action potentials), how close your electrode is to the signal you are recording, and where your ground is (or position of both of your electrodes if you are doing a bipolar recording).

Also, in this second recording, either the voltage is reversed (i.e., the electrode near the cell is taken as ground), or it is actually measuring return currents in the dendrites of the cell; otherwise, the action potential would be in the opposite polarity (downward first, then upward) compared to inside the cell.

Although it varies, in most cases the signals you record extracellularly are on the order of microvolts to a couple of volts.

Lastly, in the quote you reference, the line before it was:

The total harmonic distortion (THD) of our amplifier stays below 1% for input signals smaller than 7.3 mV peak-to-peak.

That article is describing an amplifier system for recording extracellularly (potentially for a brain-machine interface). They are saying that one type of distorting noise is not a problem in their amplifier at the input voltages you would expect in an extracellular recording of spikes or local field potentials, which indeed would usually be less than 5 mV. This amplifier would not be suitable for recording intracellularly.

Not the answer you're looking for? Browse other questions tagged neuroscience zoology neurophysiology action-potential or ask your own question.