My initial guess was it is due to absorption of water during cooking (role of heat is probably to accelerate this process). So to verify this I have left uncooked rice in water for two days but so far it hasn't softened noticably. May be for sufficient absorption of water for softening I have to leave it longer. Or may be my initial hypothesis is wrong altogether.

Cooking shortens many molecules, particularly carbohydrates and proteins although almost anything long is affected. By heating them in a aqueous environment (many foods supply their own water) we are inducing billions of hydrolysis reactions. This chops up long polymers into shorter ones.For proteins heat also causes them to unwind which makes them easier to digest. In effect we are outsourcing a major portion of the digestion. This is why cooking is believed to have evolved as a behavior in the first place – it greatly increases the nutrient availability of the food by putting it in a much more easily digested state. Without heat the number of hydrolysis reactions is negligible, although a few things like extreme PH or infusion of enzymes can be substituted for heat.

For most edible molecules shortening them also makes them softer (most macronutrients are polymers, after all) which is an additional benefit. This is also why there is a balance in cooking, cook too long or at too high a temprature and you start to get lots of other kinds of reactions that produce new indigestible molecules. Cook too short or too low a temp and you get few hydrolysis reactions and it essentially does nothing. Hydrolysis is one of the reasons cooking will also dry out foods, since water is being used up in hydrolysis. 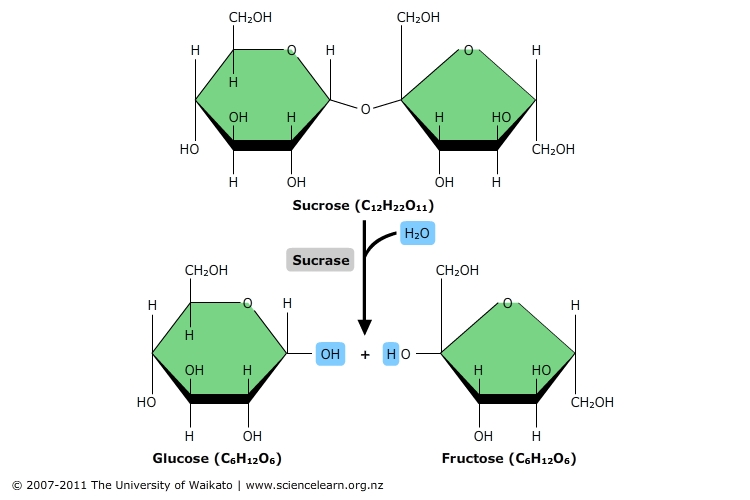 Not the answer you're looking for? Browse other questions tagged food or ask your own question.

17
Why does mouldy food make you sick?
5
Why do children prefer sweeter foods?
203
Why are so few foods blue?
0
Why do we need to grow plants to make food?
3
Why does vacuum sealing of foods prevent spoilage from anaerobic bacteria?