What kind of flying insect is this?

What kind of flying insect is this? It kinda resembles a dragonfly but it had what looked like a stinger on the end of it's tail. It was found in Franklin, Ohio. 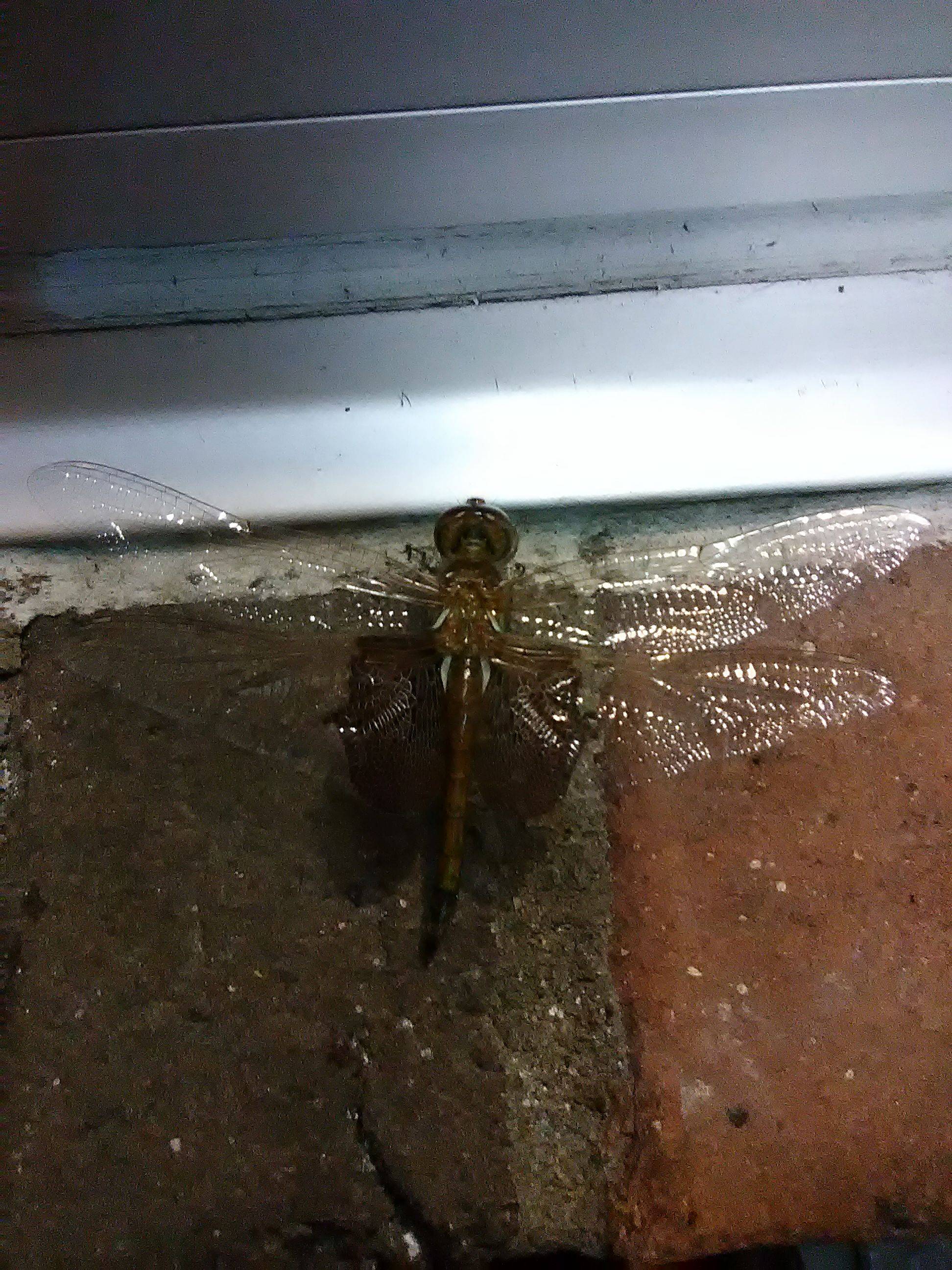 That's because it is a dragonfly! This is a female Tramea onusta, most commonly known as a "Red Saddlebag", which comes from the red coloration found at the lower regions of the dragonfly's hindwings.

... it had what looked like a stinger on the end of it's tail.

That's exactly correct! Female dragonflies have what look to be a stinger, however, they're used for laying eggs instead (and not as a weapon). (source, p.5) 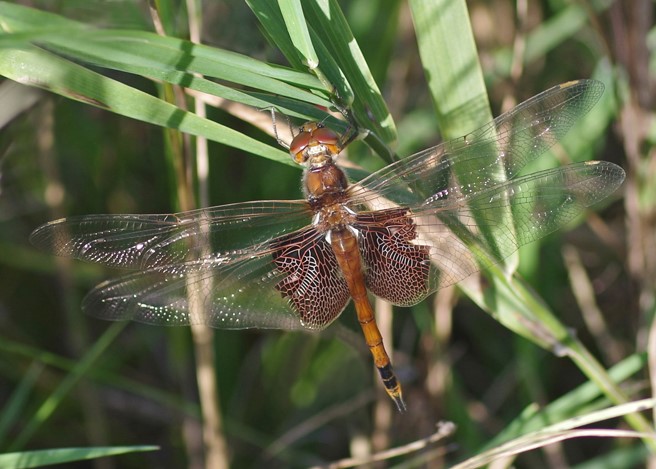 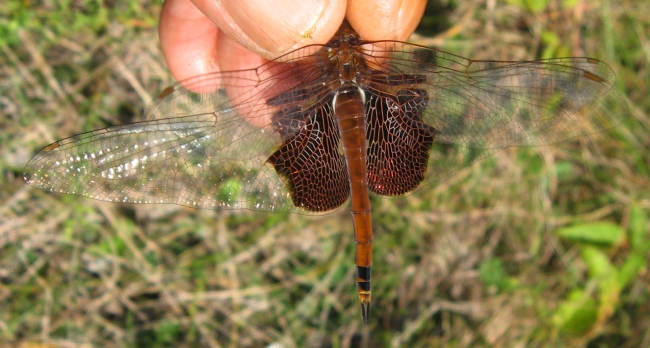 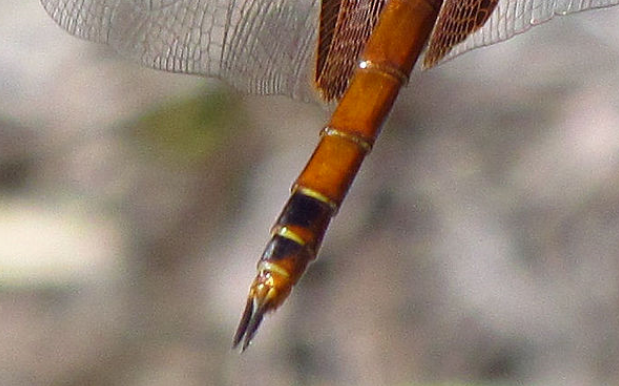