I am interested in understanding how the global population pyramid has changed in the last couple of centuries.

I have two questions:

1) Has this been calculated? Are there estimates of population pyramids from the 19th century? Or from the beginning of 20th century? The earliest I have seen is 1950 (below).

2) If it hasn't been done, how can I construct it? It should be possible to model the population dynamics using birth and death rates (I would be surprised if this hasn't been done, as it has many applications outside of demography - e.g. economics). 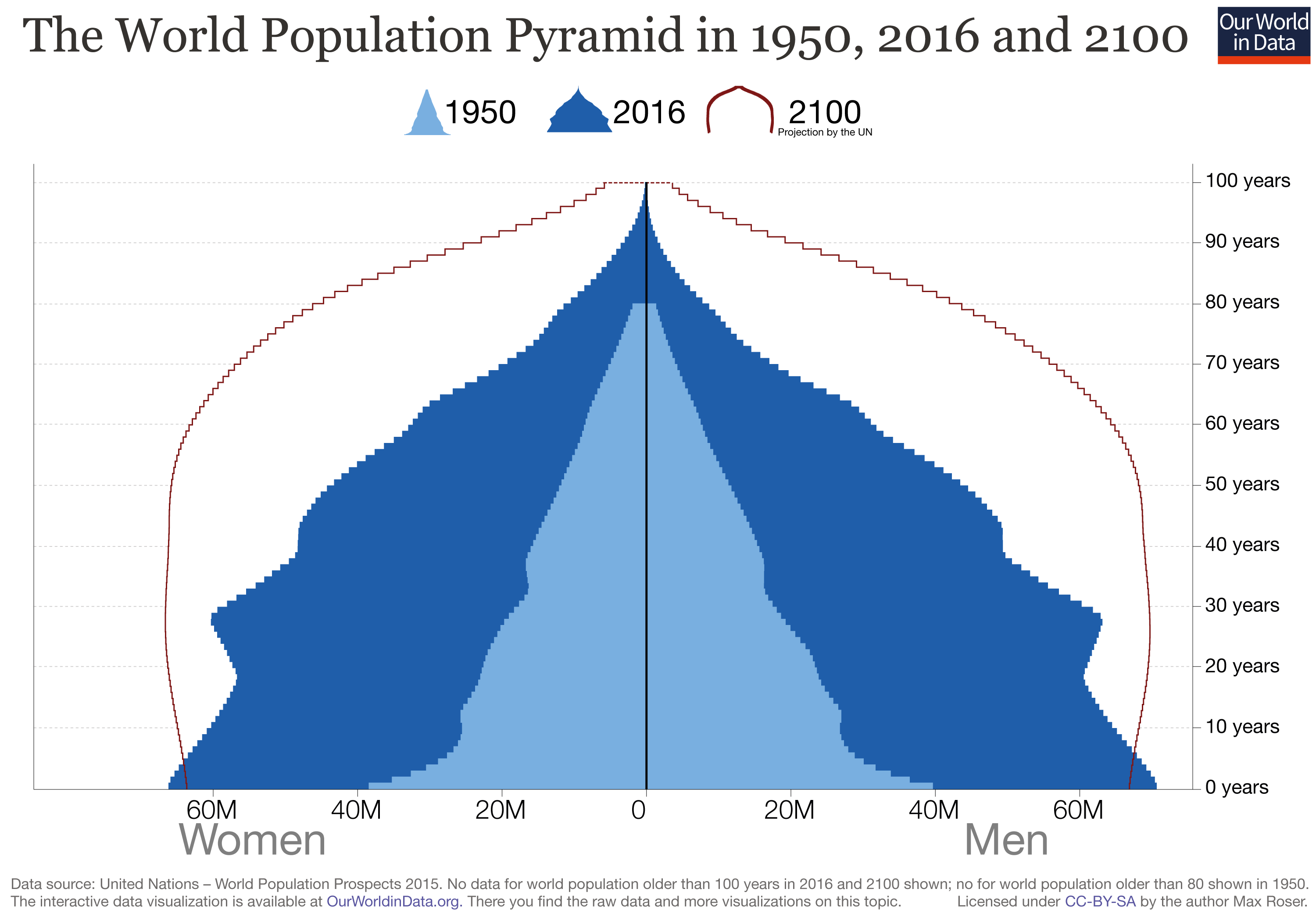 Browse other questions tagged human-biology population-dynamics demography or ask your own question.

15
What is the percentage of people living in England in 1500 AD whose lineage is still alive?
1
Human population growth - where can I find the data?