In this video Richard Dawkins talk about intermediate fossils. He describes how the whales were evolved from a common ancestor who lived on land.

But his theory sounds more like a devolution. I thought evolution was coming from the sea to the land and then to the skies. Are there more examples where species evolve back and forth between the ocean and land or skies? 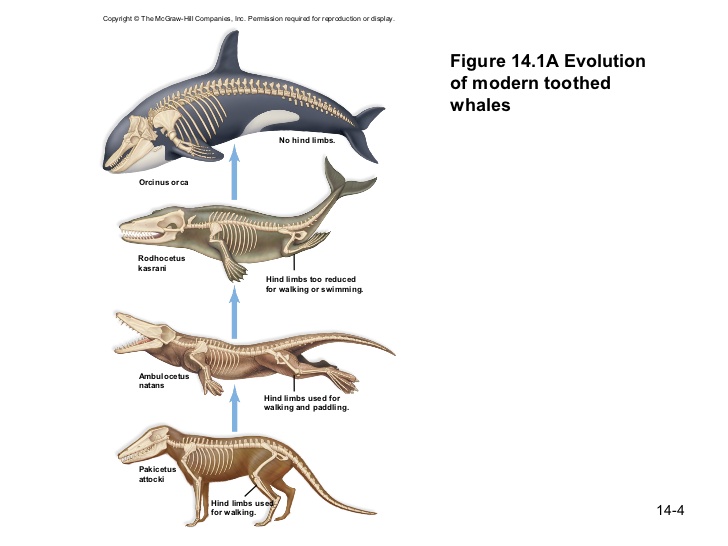 I won't talk more about the mechanisms of evolution here as it would take a whole book. Instead I will recommend a source of information for you to further your knowledge.

As your question is very introductory and shows misunderstanding, you might want to have a look at an intro course to evolutionary biology such as for example Evo101 by UC Berkeley.

In modern biology the term [devolution] is meaningless: evolutionary science deals with selection or adaptation that results in populations of organisms genetically different from their ancestral forms, where evolution has no intrinsic directionality. The discipline makes no general distinction between changes leading to populations of forms less complex or more complex than their ancestors, and in such terms the concept of a primitive species cannot be defined.

The question is a bit unclear

There is a slight issue with the question as it is not that easy to categorize all animals as living strictly in the water, on land or in the sky. Note that almost no living things live strictly in the sky without ever touching the ground. Here are a few examples of limit cases

As a consequence the question is very undefined

Examples of potential interest to you

The question is undefined but here are a few examples of cases anyway that will interest you. For simplicity, I will reduce my list to animals only and will not consider similar cases in procaryotes, and non-animal eukaryotes such as plants and fungi.

Whose ancestors were terrestrial

Whose ancestors were flying

Again, categorization is not that easy. I just want to highlight the water beetle as example where the ancestor was marine, then terrestrial, then flying, then non-flying and finally living in the water again.

How many times did terrestrial life emerge from the ocean?

Adaption gradually leads to permanent changes...which is evolution. The most favourable,adapted character passes on to the next generation and it leads to evolution. Adaptation and evolution are mutually inclusive events.

152
How many times did terrestrial life emerge from the ocean?

152
How many times did terrestrial life emerge from the ocean?
18
How did the human brain evolve?
8
Evolution: One big population vs. many small populations
6
Are there known examples where an evolved mechanism “echoes” one originally provided by the environment?
4
Why does evolution only involve heritable traits?
1
Does evolution only give rise to traits that confer fitness?
1
Does evolution select against genetic diversity?