I saw these red insects in Taipei near XinBeitou MRT station in the last week of April 2017, around lunch time. They were fairly active and would keep checking each other out with their antennae for a moment and then move on to the next. What struck me was the wide range of sizes and development in the groups. I didn't notice any feeding or mating that I could recognize, just a lot of walking around and checking each other out.

There are plenty of birds around (this is quite a green area) but I didn't notice any interest by birds in eating them.

I've also included a screenshot from google maps so you can see the location and the trees growing in these concrete structures.

The body of the largest individual is probably 2.5 centimeters long. 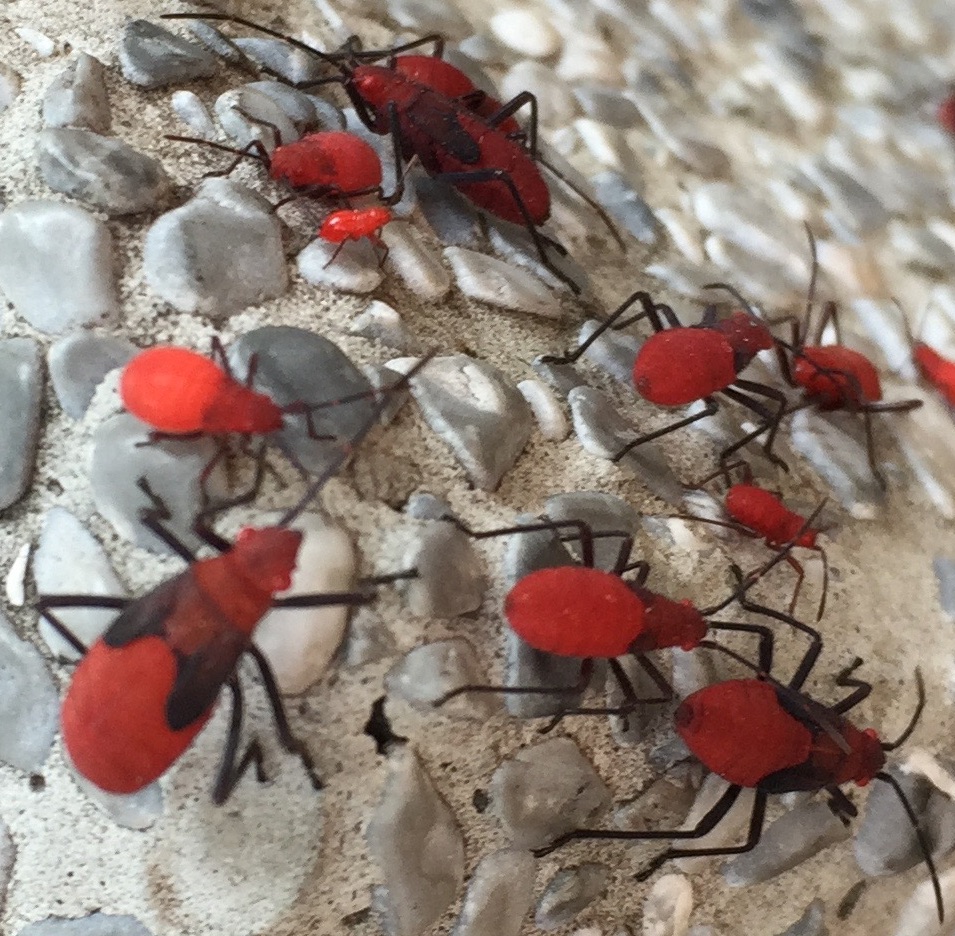 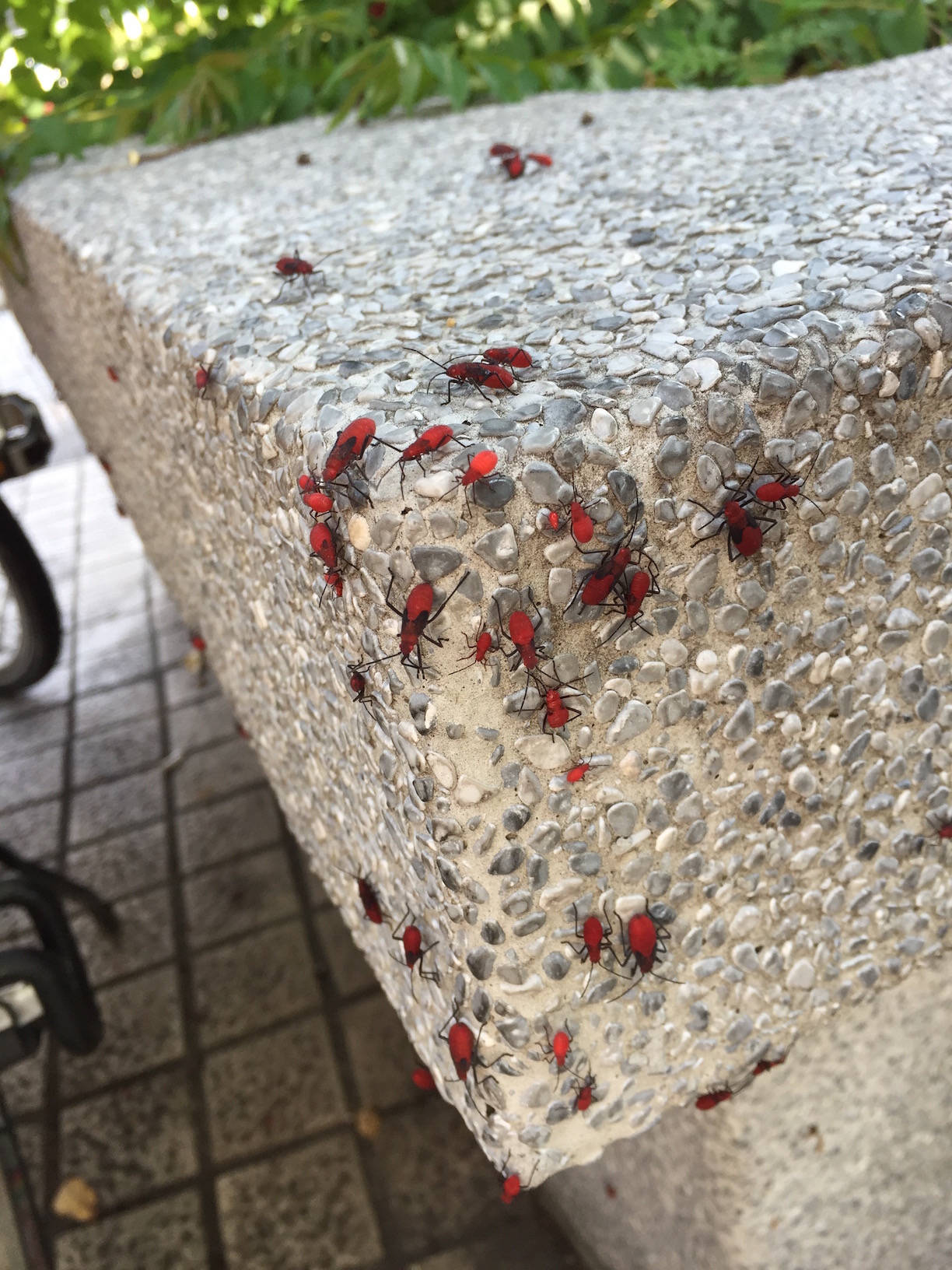 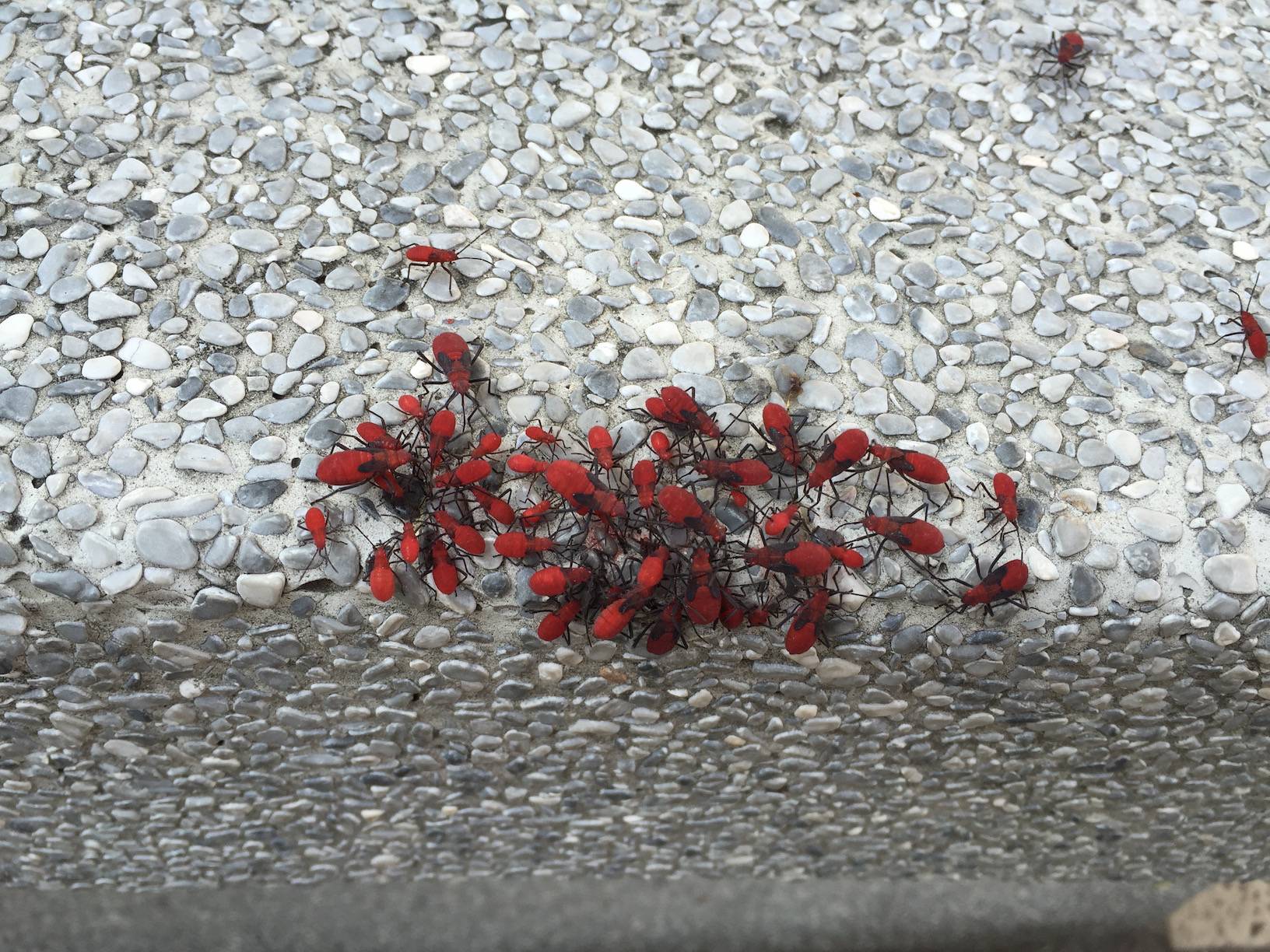 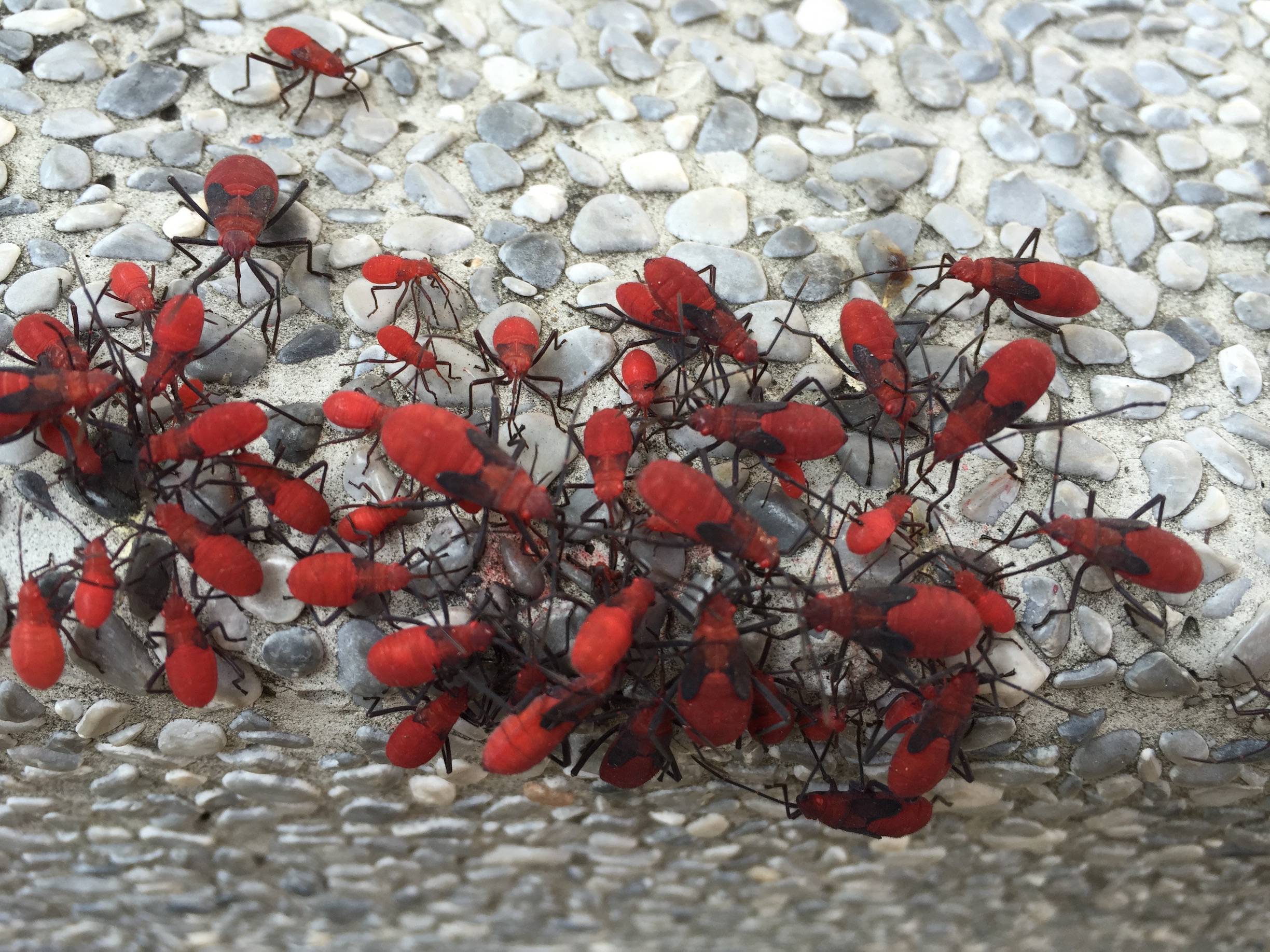 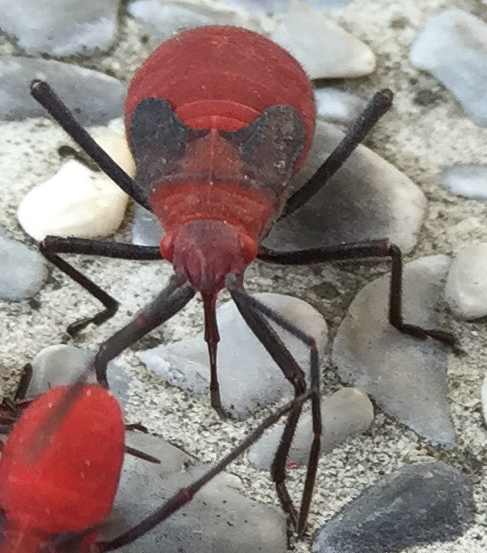 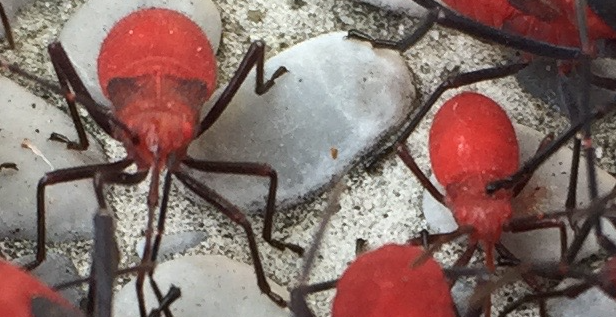 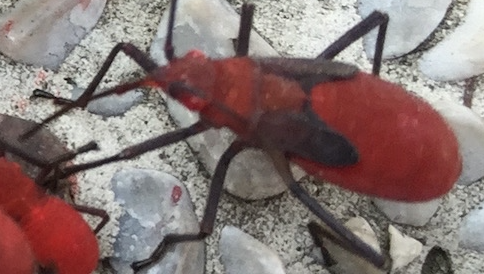 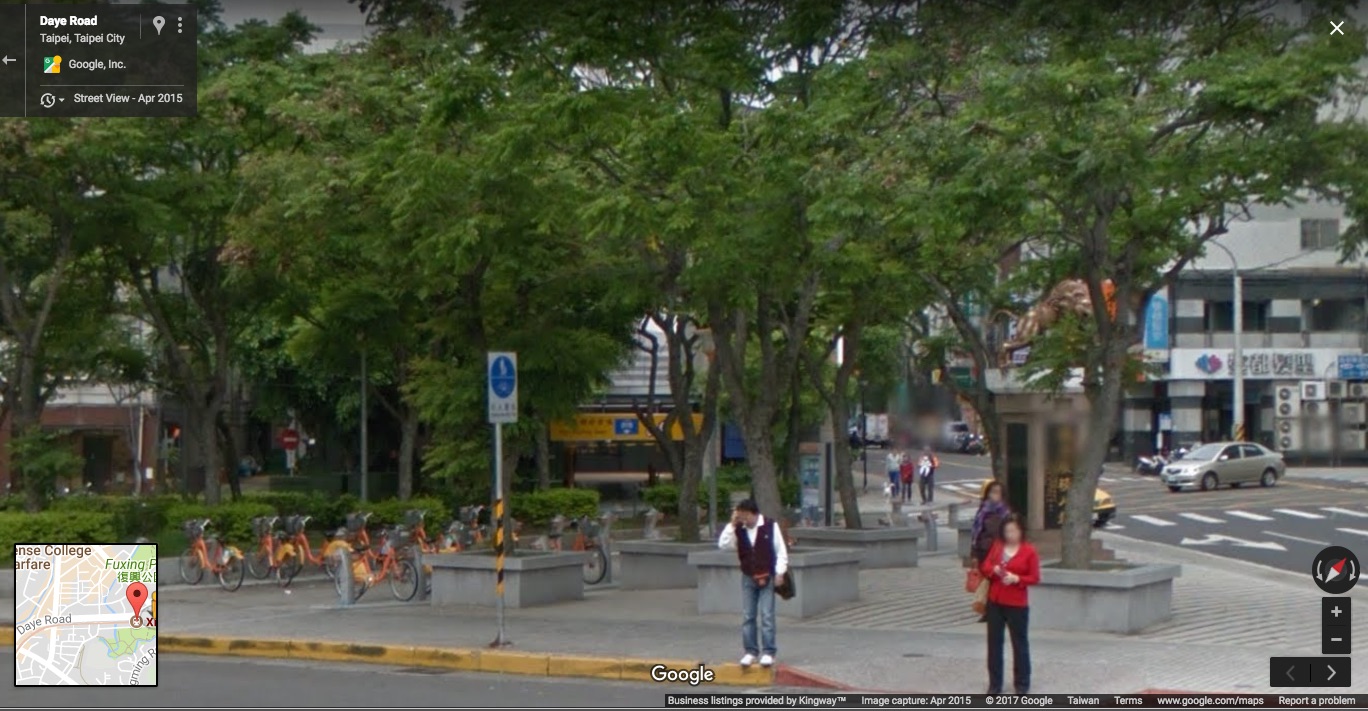 I'm fairly certain these true bugs belong to the species Leptocoris vicinus, and carry the nickname of "soapberry bugs", which is specific to the subfamily Serinethinae. They're quite common in urban areas of Southeast Asia, which coincides nicely with where you encountered them.

Also, you had mentioned,

There are plenty of birds around (this is quite a green area) but I didn't notice any interest by birds in eating them.

Soapberry bugs, as well as many other types of insects, are able to freely congregate in large numbers, and in such exposed places, due to their bright coloration. Having such a bright color may indicate to some predators that the prey in consideration is toxic, a phenomenon referred to as aposematism. 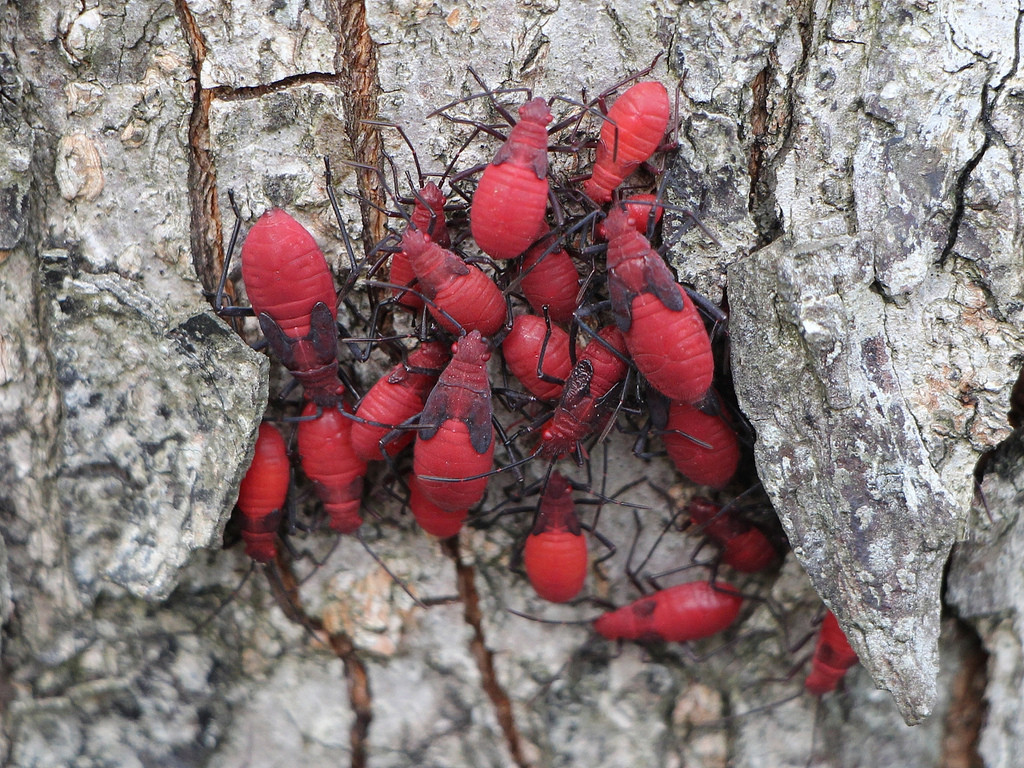 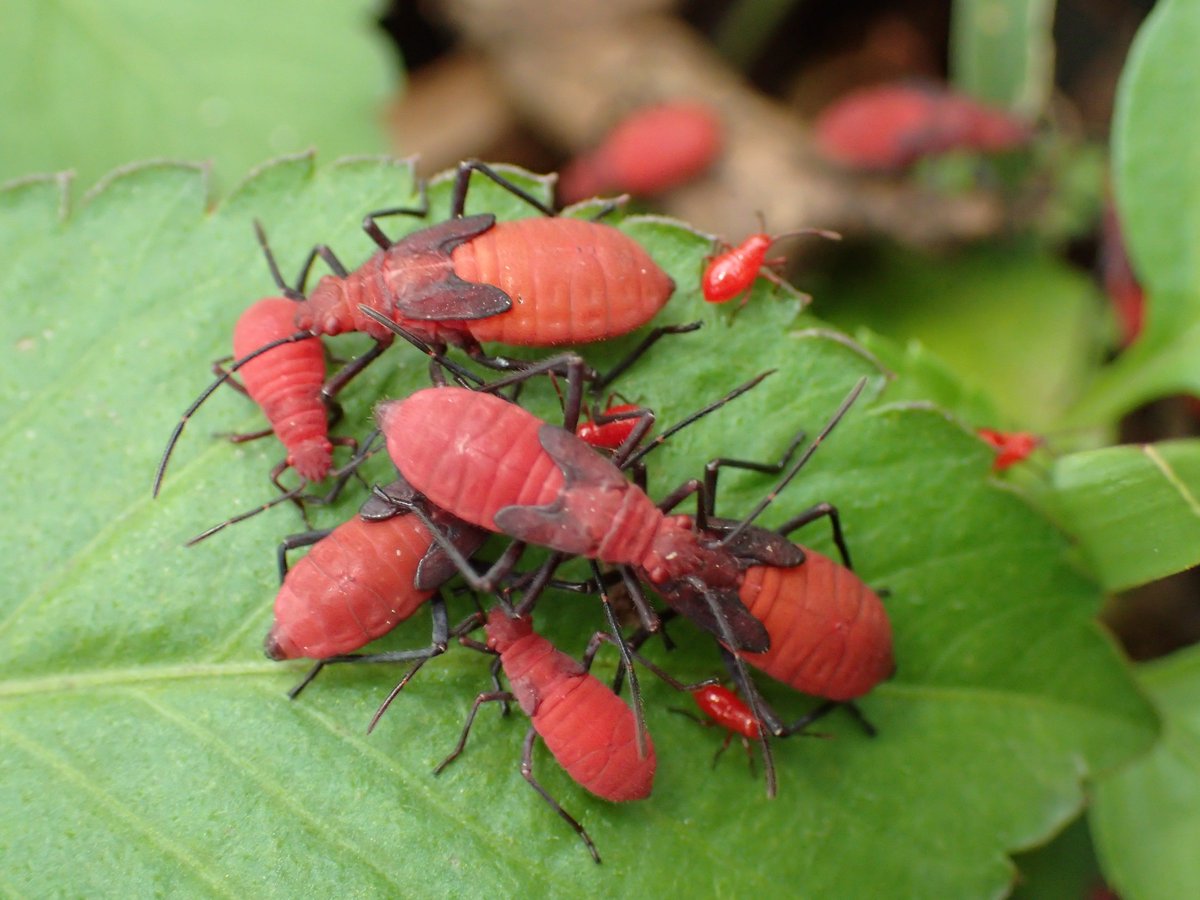 And then, here's a map of their distribution, with Taipei holding marker #37. (source) 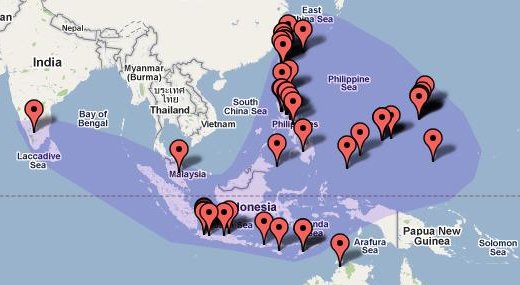 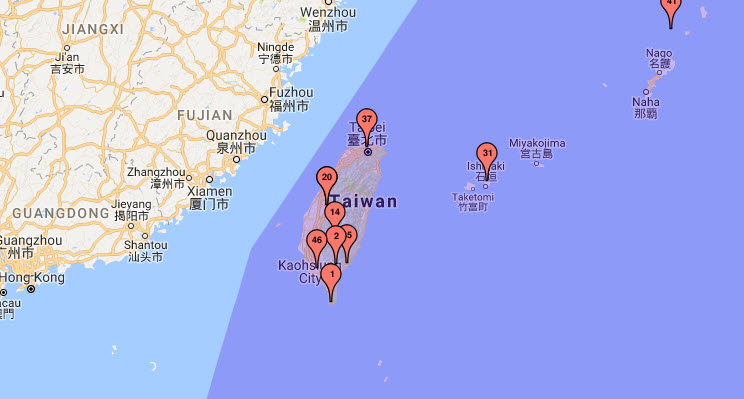 An interactive version of this map can be found here.

4
What kind of hot pink eggs are these?
2
Would the microgravity "shape-shifting" bacteria effect have anything to do with bacteria growing in a host?