There are two of these trees, growing in old fence rows, along my yard, in central VA, Augusta County, Shenandoah Valley. They have smooth, leathery leaves, pale wood, quite hard to cut, and tough to break. The close ups are of some limbs I trimmed, yesterday. The biggest is about 10 inches in diameter, and perhaps 40 feet tall. Branches tend to grow strangely hooked elbows that send branches off into strange directions, which makes trimmed limbs tangle and hook together. This is what the foliage looks like in mid September. 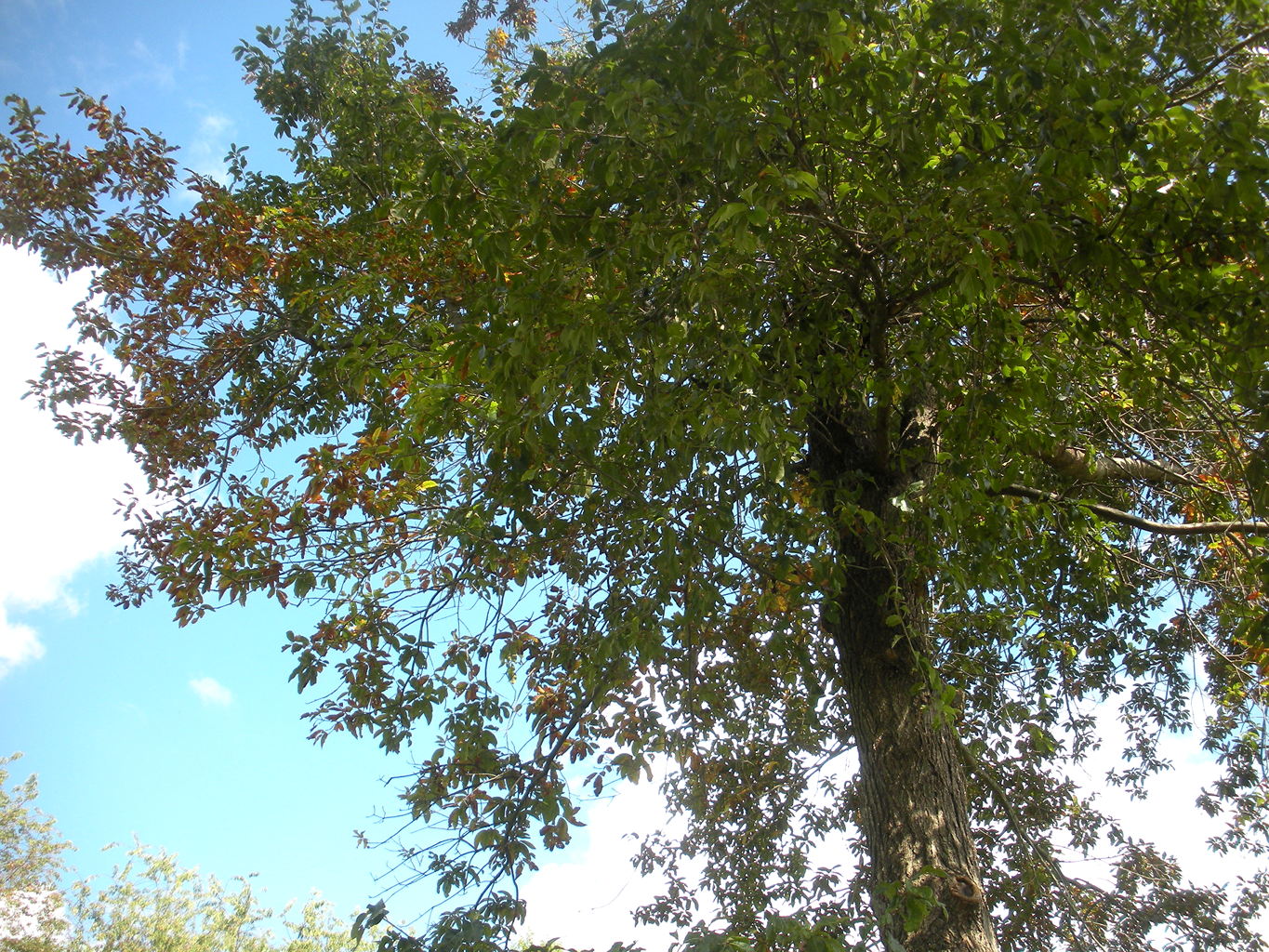 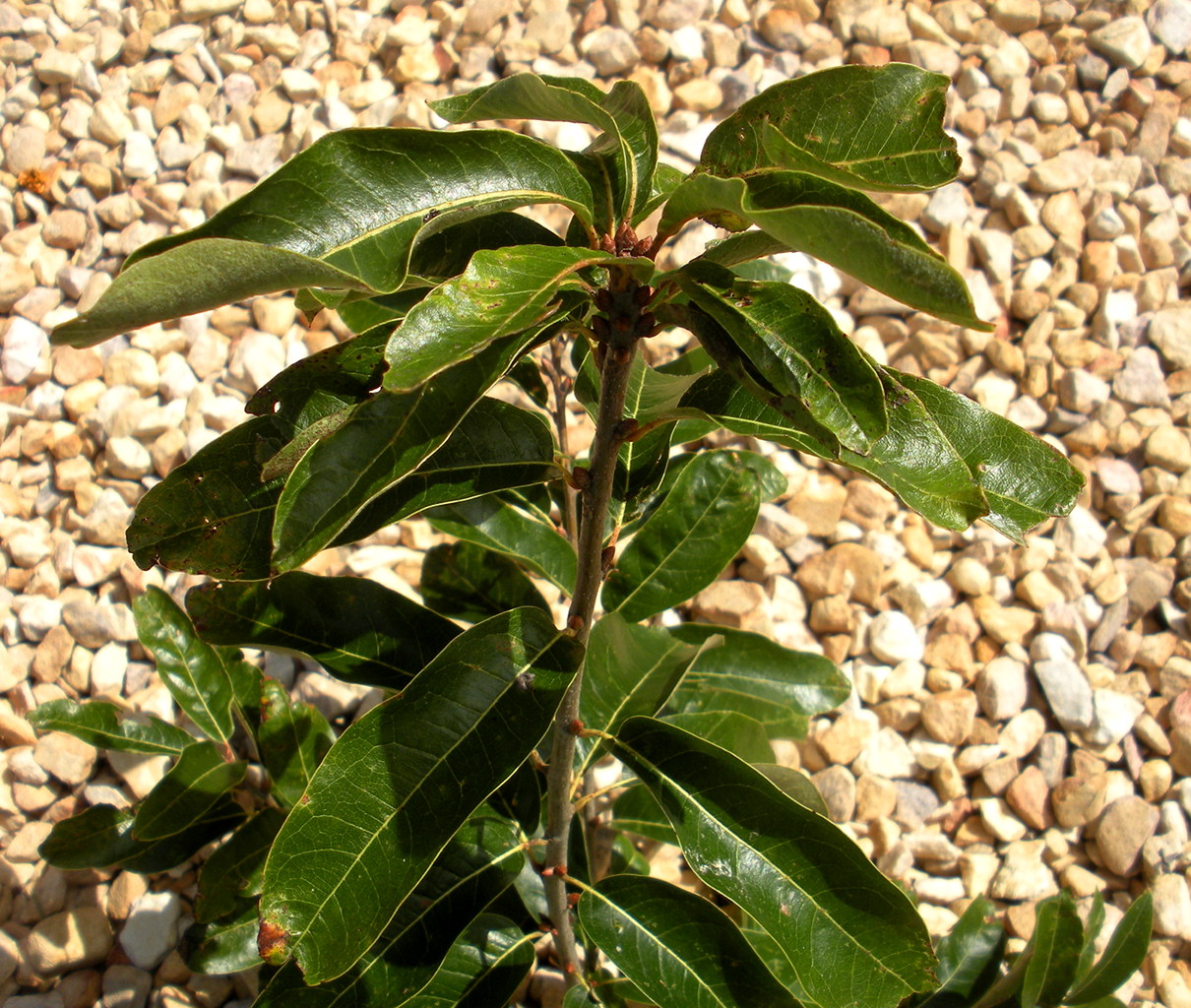 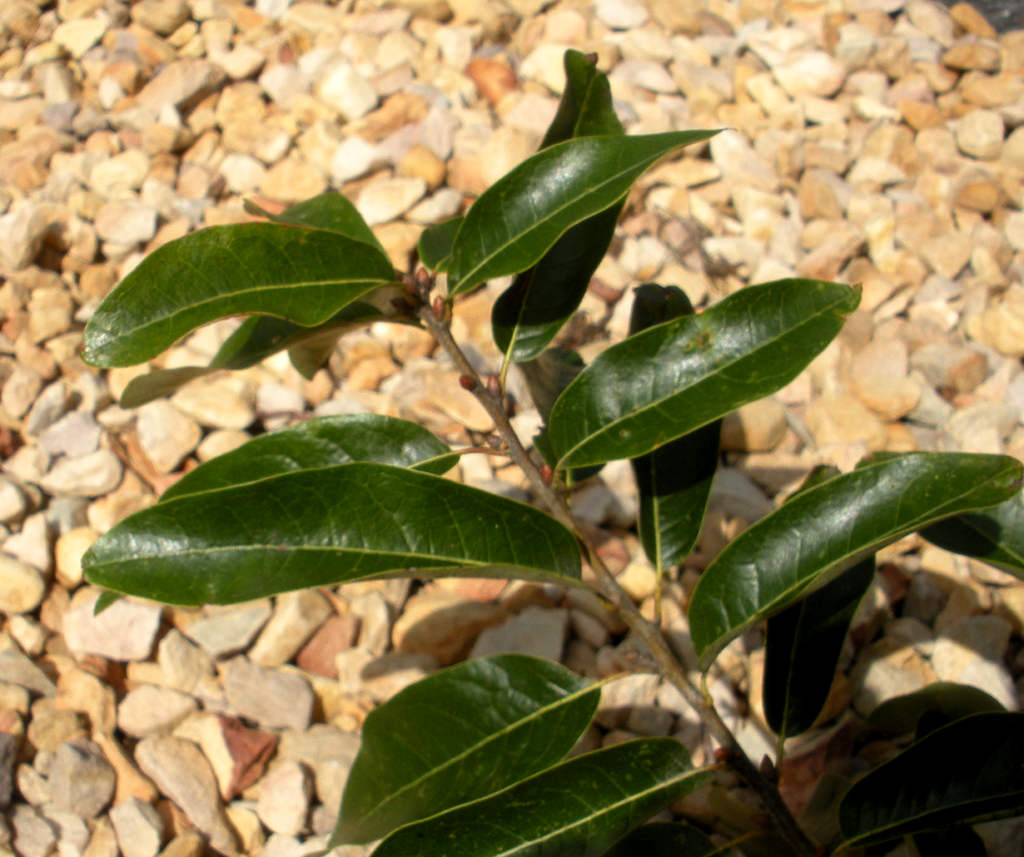 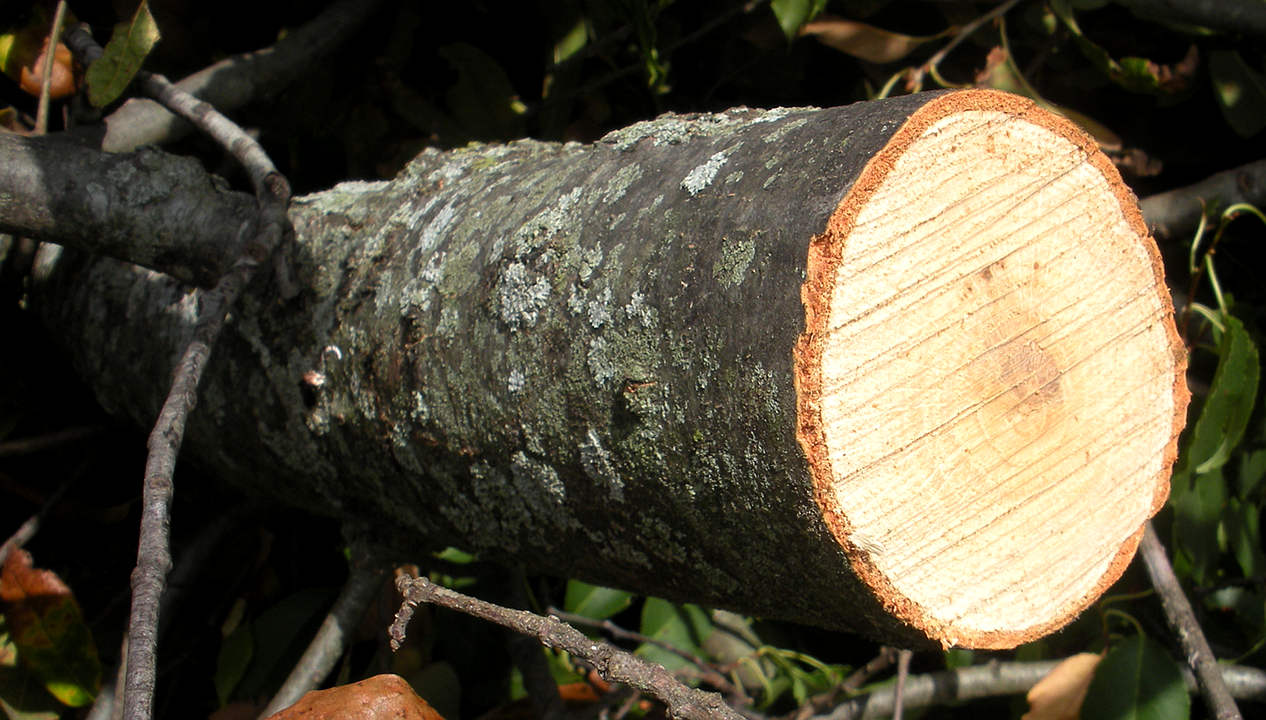 I'm thinking this is a Quercus imbricaria, which has the nickname of "shingle oak"; they're native to the eastern regions of the United States, which includes your state and county, exhibited immediately below. 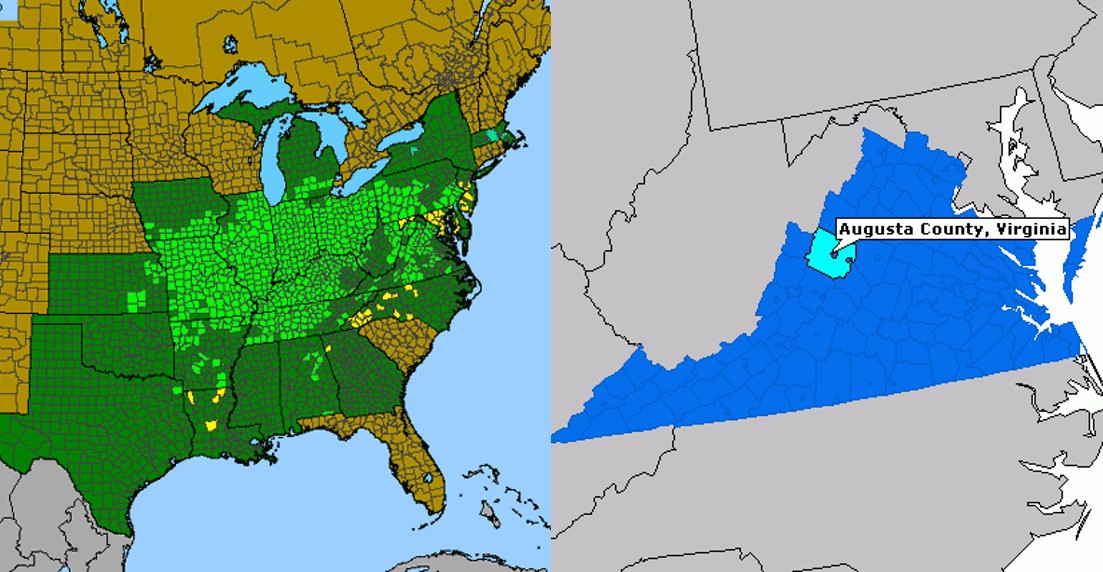 The leaves are mostly linear in shape, with entire margins & a combination of pinnate and dichotomous venation. The overall color, size and sheen also seem to match quite well. 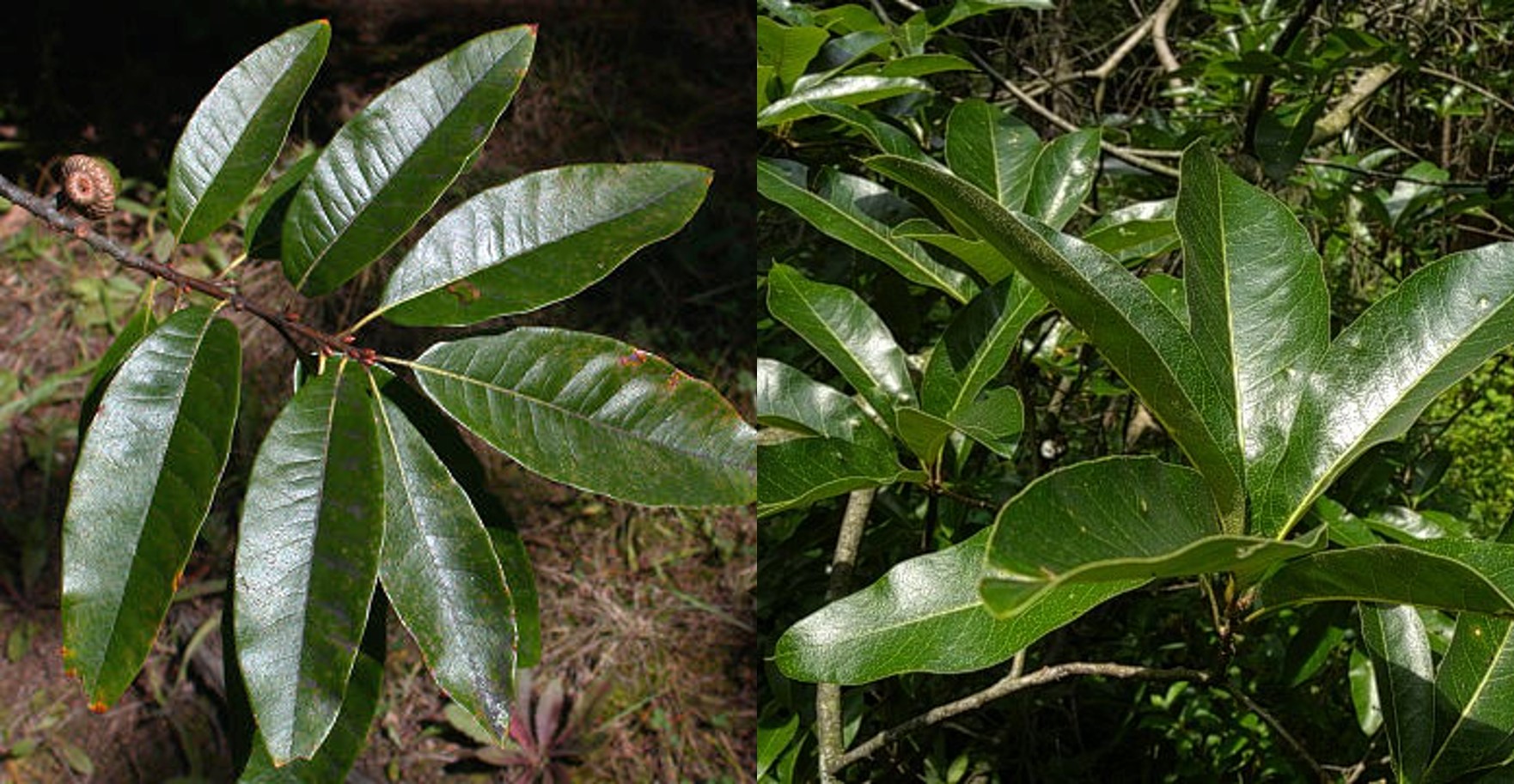 Surprisingly, I had a difficult time finding a decent image that showed a close up of the branching for this tree, so I decided to use an image of a Quercus laurifolia instead, which is of the same genus as the proposed species, and is also found in the eastern [but more southern parts of the] United States. 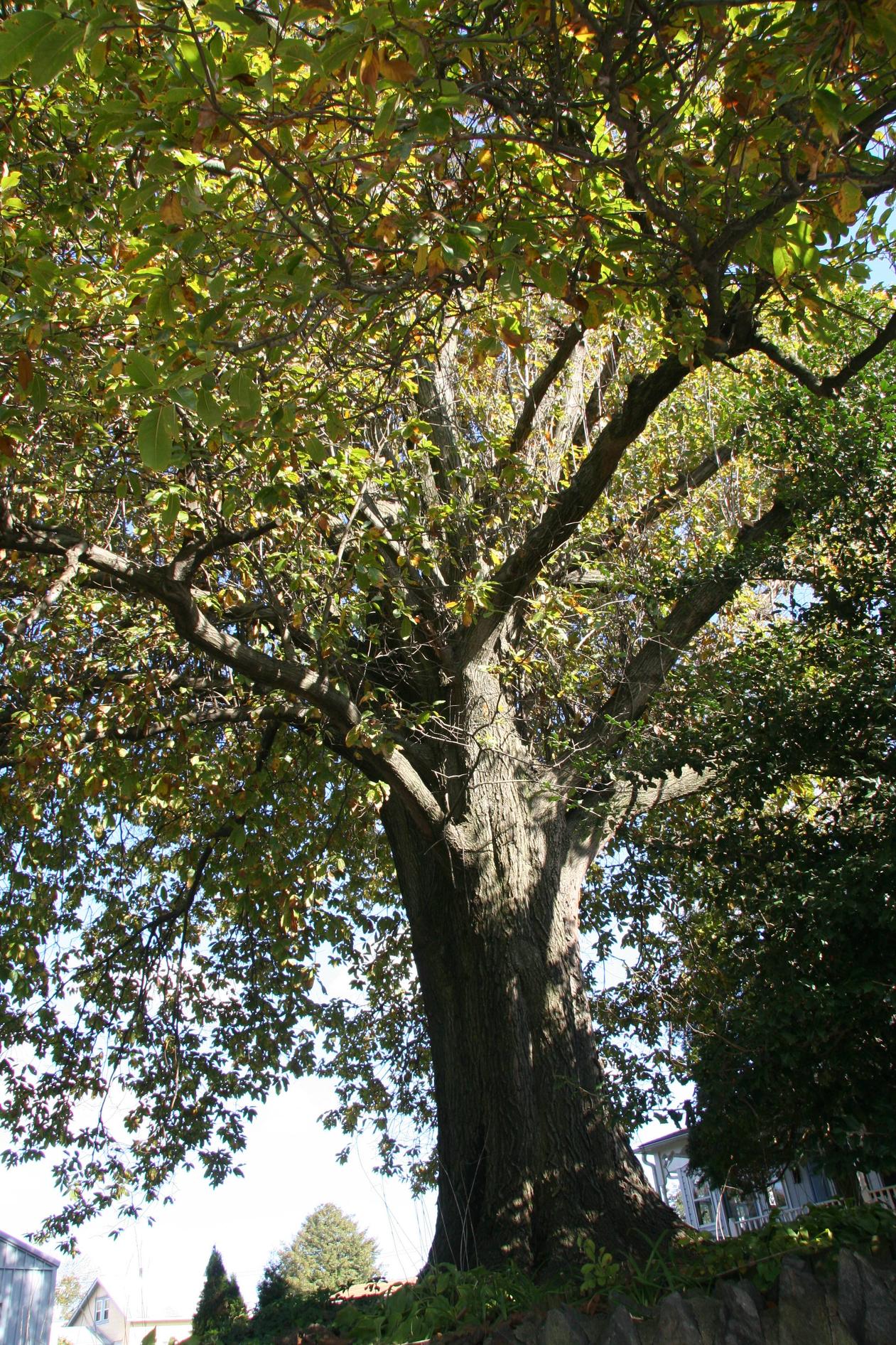 It is a Bay Laurel Laurus nobilis

If the leaves are brittle and crack when folded and they smell fragrant then almost certainly.

I would ask this first, but unable to comment until 50 reputation

Not the answer you're looking for? Browse other questions tagged species-identification botany species trees or ask your own question.