I recently watched this video which showed the evolution of facial features of the modern man https://youtu.be/-69K7E0UlBI 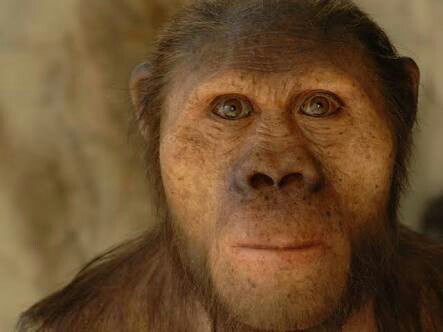 (reconstruction of the face of Australopithecus) 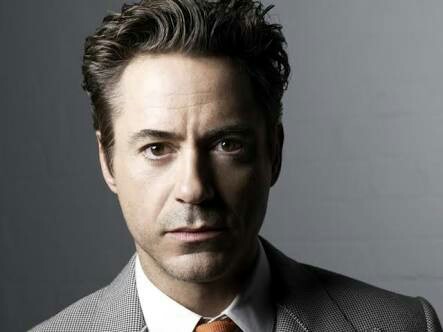 "In other words for what advantage did nature selected our present face?"

There are many things going into the evolution of our face. It is not as simple as discussing a single trait. Your question is therefore quite broad. So I will just pick up three different traits and talk a little bit about them. Those traits are

As I will only say a few words, you will have to look for more advanced information by yourself if you want to deepen your knowledge.

But first, let me make a few other comments

When you say what advantage did nature selected our present face?, you seem to assume that any evolutionary had to be brought about via a selective pressures. Yet, there is so much more to evolution than just natural selection. Not every trait has been selected for (otherwise we would not have any genetic disease). There is for example genetic drift who is also a very important evolutionary force.

On this subject, you might want to have a look at the paragraph Did you say Natural Selection? of this answer to Why don't mammals have more than 4 limbs? and to Why do some bad traits evolve, and good ones don't?

Accuracy of your Australopithecus's face

In the reconstruction of the appearance of a extinct lineage, there is always some part of artistic representation to fill the gap of what we don't know. One should investigate the exact method used to recreate this image before assuming that Australopithecus looked exactly like that.

For more information have a look at In reconstructions, how are various shapes of facial features determined from skull only?

On top of that, please note that there is variation in faces within a species. This is true for Homo sapiens today and it was true for other great ape lineage. More importantly, there were at least 6 species of Australopithecus (see wiki > Australopithecus).

Evolution of a few facial traits

We've lost plenty of hairs! Have a look at the post Why did humans lose their fur? to understand why.

Size of the jaw

Here is a timeline of evolution of hominini 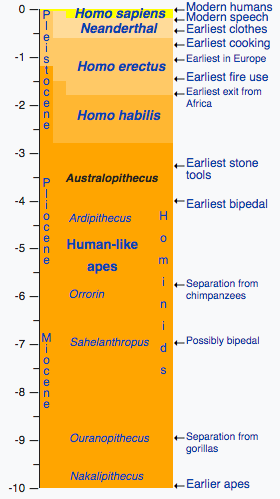 By cooking, we pre-digest our food, leaving much less work for our digestive system, including the physical mastication performed by our jaws and teeth. As a consequence our jaws reduced in size (Wrangham and Conklin-Brittain 2003, Lucas et al. 2006; See also this book from Lucas).

Size of the brain

H. sapiens cranium is about 3 times the size of Australipithecus cranium (Leigh 1992 and Smith et al. 1995).

Cooking allowed us to save much energy, which could then be used for higher cognitive abilities. Without cooking, it is likely that our brain would never has gotten to the size it has today. Our brain consumes about 20% of our energy today (which is very unusual if you compare to other species). Cooking therefore also lead to an increase in brain size.

The most unusual features of the human face on a purely visual basis is our nose and our chin.

OUr chin has been hotly debated I know of no less than five separate hypothesis about its development. The leading idea based on current evidence points to the chen being a side effect of our shrinking faces and therefore jaws at the same time we are increasing our reliance on speech, the need to keep the the jaw braced at the same time we did not 'want' our throat or tongue to be smaller, the chin is a side effect of how the jaw grows under these constraints in early development. Oddly fetal chimps have something similar to a chin.

The nose is a bit easier it appears to be a response to our ancestors both growing larger brains (pushing the sinus forward) at the same time we are moving into drier climates, the nasal passage keeps the air you inhale humid enough to not damage your lungs. So the nasal passage needed to be larger (or at least not get smaller) at the same time the face is getting smaller and the brain is squeezing out the sinuses. The solution is a protruding nose.

Almost all the muscle groups around the eyes nose and cheeks are primarily for communicating, so the face has developed into a communication organ, it is a highly varied organ with more muscles than the hand. 43 muscles in the face, and 34 muscles in the hand. Mostly the facial muscles are unconsciously triggered by emotional states, not by physical necessity. Our subconcious also reacts faster and more primitavely to facial emotional expressions than it does to logical processes that require concious awareness and reasoning. i.e. when a human sees an angry face in his peripheral vision or centrally, his nervous system reacts faster than he can actually turn his eyes to observe the face directly, and he will become aware of the fact after he has reacted.

The human climate range and population size is huge, so the differences are on par with other primates that have divided 2500 grandfathers (generations) ago, we have very distinct populations from Australia to Africa. Secondly, humans have selectively bred with non-human species such as Denisovan and Neanderthal species. Bushmen are not part Neanderthal, and Papuans are part Denisovan, and the rest of us have neanderthal genes.

Primates have a tendency to develop facial display features, faces are more important for primate communication than in felines for example. many primates also have bald cheeks and chins, which is uncommon for mammals. We have bald faces and more muscle groups in our face than many other animals.

Primates have red, blue, pink, white, colors on the face, mustaches, maturation protrusions, whereas felines, squirrels, bears, don't often have face specific displays, perhaps camouflage, except for example the lion. 2-3 of the animals at the end are not primates, see if you can guess which ones:

One theory suggested by my human ecology professor at Oxford posits that 4 legged primates communicate sexually by displaying and looking at each other's sexual organs, because they are at the same level as the head.

The theory states that humans use strong eye and face contact to communicate sexually, instead of smelling and so the mouth has come to symbolize the sexual organs in communication, and so have other facial features.

Not the answer you're looking for? Browse other questions tagged evolution natural-selection human-evolution or ask your own question.

90
Why do some bad traits evolve, and good ones don't?
61
Why don't mammals have more than 4 limbs?
19
Why did humans lose their fur?
3
In reconstructions, how are various shapes of facial features determined from skull only?

2
Evolution, self organization and neuroscience
3
Why did evolution make people's skin dark?
2
Can the theory of natural selection distinguish between two correlated phenotypic traits?