Most of the genetic diversity in humans is in Africa

... is quite common. On Biology.SE, it is easy to find posts that make this claim. Consider for example:

I understand that the term genetic diversity is often used in a vague sense. Please make sure to explain what statistics has been considered in the study you would refer to when giving estimates of what fraction of the genetic diversity is found in Africa. Note that I am not asking "why is it true?" but only "is it true"?

Here is a tree based on mitochondrial DNA variations in human populations. 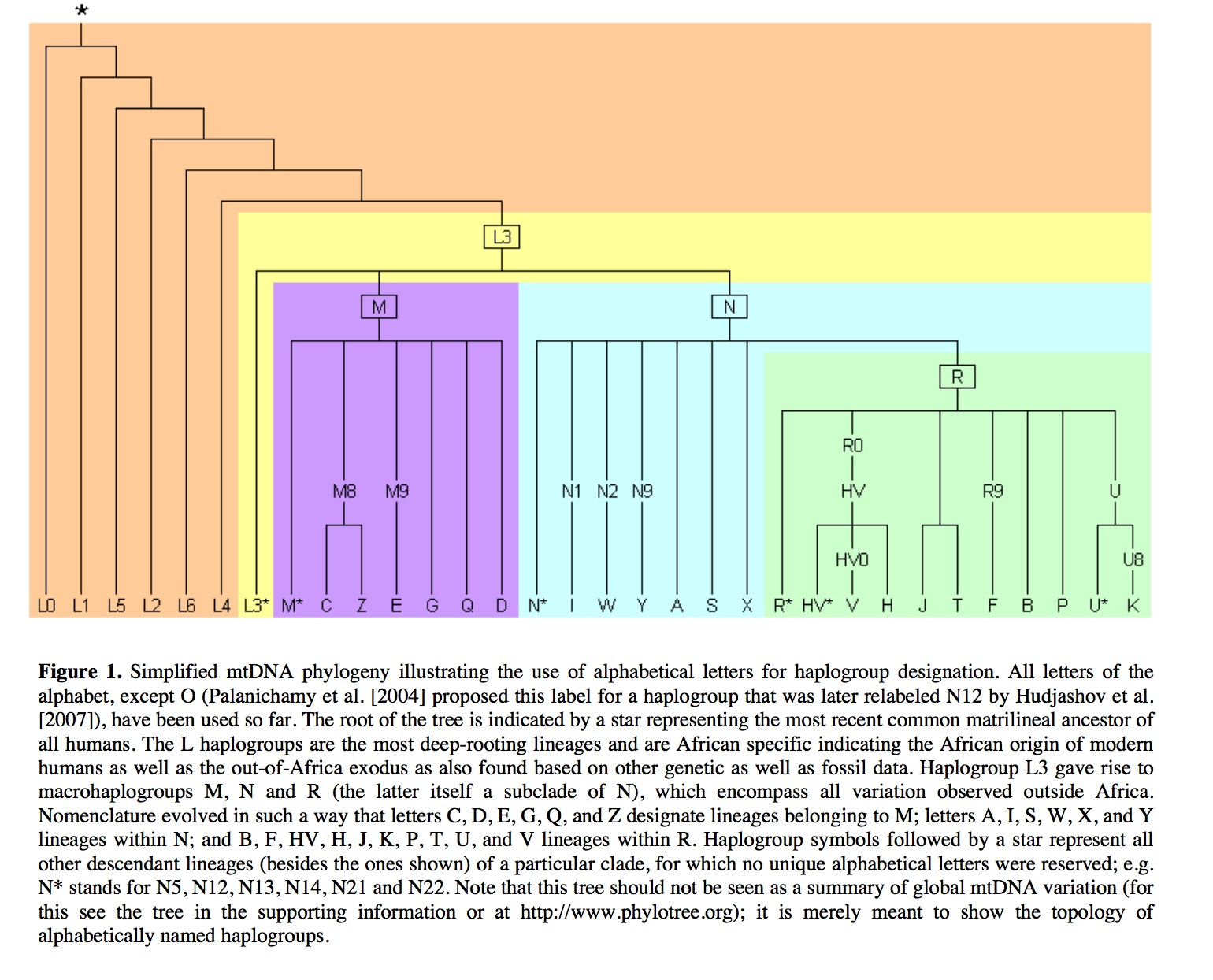 Looking at genetic distance between populations via mitochondria DNA, all nonafricans are descended from a founder in one mtDNA group (L3). All the other L groups are African populations: L0 is the San people, L1 is Mbenga pygmies, L5 is Mbuti pygmies, and the others are other African groups.

Populations with African ancestry contributed the largest number of variants and contained the highest fraction of novel variants, reflecting the greater diversity in African populations. For example, 63% of novel SNPs in the low coverage project and 76% in the exon project were discovered in the African populations, compared to 20% and 33% in the European ancestry populations for the exon and low coverage projects respectively.

I've found two papers that provide some information on this, but no definitive answer.

The 1000 Genomes Project Consortium (2015) analysed whole genomes and found that "28% of novel variants" were found in African individuals. Novel variants were mostly (>99.9%) single nucleotide polymorphisms or short indels. This table has full count of all variants. However, 26% of the genomes were African, while African's make up ~16% of the world population, so these numbers cannot be extrapolated to the whole world. Another problem is that the samples were not taken from geographically dispersed people (figure 1).

Evidence for greater African genetic diversity is presented by Stephens et al (2001), though they look at North Americans from different ethnic groups which isn't ideal. They found many more unique SNPs in African-Americans than other ethnic groups. 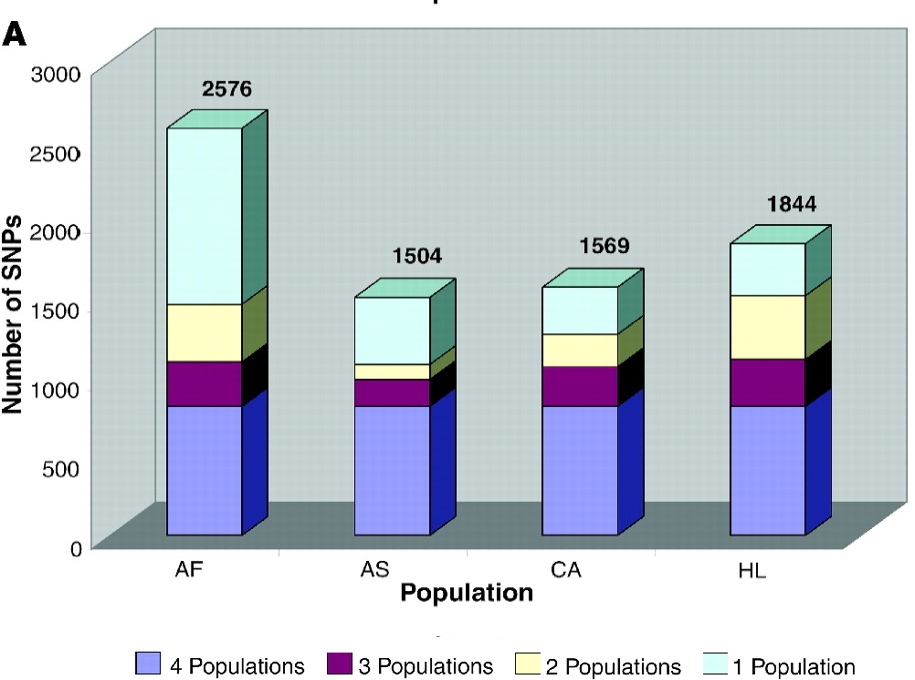 I haven't been able to find the claim that most human genetic variation exists in Africa being made in the literature, though Africa is characterised as having high genetic diversity, e.g. here. I'm sure I've heard this claim outside of Stackexchange though.

My review of the literature definitely isn't comprehensive, so if anyone finds anything else feel free to add it.

Two new studies, the result of the human genome project, examined the genetic diversity of over 1,000 individuals from 51 population groups all over the world.6, 7 As in previous studies, peoples of Africa were the most genetically diverse. However, these studies also determined that those from the Middle East were the second most genetically diverse. difficult to interpret

I think it means that Africa contains 150,000-500k years of human heritage in a wide base of population, whereas the base for the rest of the world is narrower... same as if you had 10 colors of cats in one enclosure, and only 3 colors of cats moved into the park across the road and bred there.

42
Do humans have enough biological differences to be grouped into races or subspecies?
32
How do we know the human species arose in Africa?
0
Is Human a race?
0
What is the correct classification of population groups of homo sapiens?
-2
Artifial insemination in milch varieties?
2
Genetic variance for a behavioural trait among human populations

10
Genetic Diversity and Adaptation
42
Do humans have enough biological differences to be grouped into races or subspecies?
32
How do we know the human species arose in Africa?
0
Neanderthal and modern human population sizes
2
Relationship between genetic diversity within and between species
2
Do the recent findings of an ape-like creature in Europe with human-like teeth change the Out of Africa narrative?
12
Discrepancy in time for genetic differences between human and chimpanzee to accumulate
0
what is “a group of living things that can interbreed and produce full interfertile offspring”?