Bird brain-eating Mantis - how does it crack the skull?

The New York Times' Science article Birds Beware: The Praying Mantis Wants Your Brain is a good read and is well researched. Apparently the larger Mantises have been documented to occasionally kill and eat (parts of) birds on six continents.

The mantis was clinging with its back legs to the rim of the feeder, holding its feathered catch in its powerful, seemingly reverent front legs, and methodically chewing through the hummingbird’s skull to get at the nutritious brain tissue within.

“It was staring at me as it fed,” Mr. Vaughan said. “Of course, I took a picture of it.” Startled by the clicking shutter, the mantis dropped its partially decapitated meal, crawled under the feeder — and began menacing two hummingbirds on the other side.

James V. Remsen of the Museum of Natural Science at Louisiana State University and his colleagues documented 147 cases of mantis-on-bird predation in 13 countries representing all continents but Antarctica — not surprising, Dr. Remsen said in an interview, since there are no mantises on Antarctica.

Hummingbirds were the most common target, but mantises also went after warblers, sunbirds, honeyeaters, flycatchers, vireos and European robins. Large species like the Chinese mantis, which grows to four inches in length, were the most avid avivores, and females were responsible for virtually all the bird-killing observed worldwide.

In two reported cases, females feasted on birds while copulating with males. Sometimes the mantises would tuck in through the bird’s breastbone, but more often they went for the head, Dr. Remsen said.

“They bite in and eat the brains,” he said, “which might imply this is something they’re professionals at.” (emphasis added)

below: "An unlucky hummingbird caught by a mantis at a feeder in Colorado." From here. Credit Tom Vaughan/FeVa Fotos 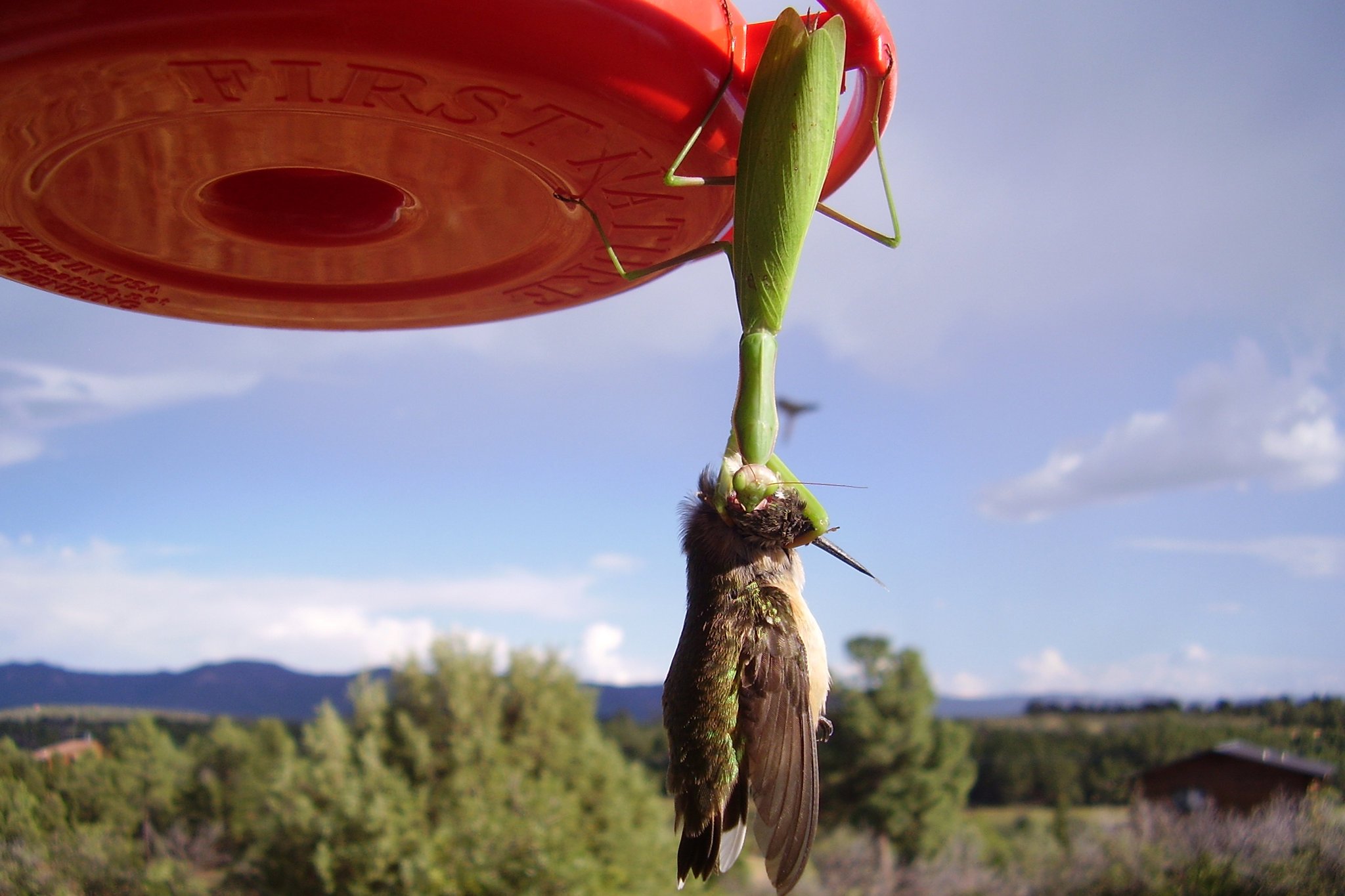 The mantis doesn't need to crack the skull to eat the brain. It can get to the cranial cavity through an easier way: the eye socket.

Have a look at this image of the ruby throathed hummingbird (Archilochus colubris) skull: 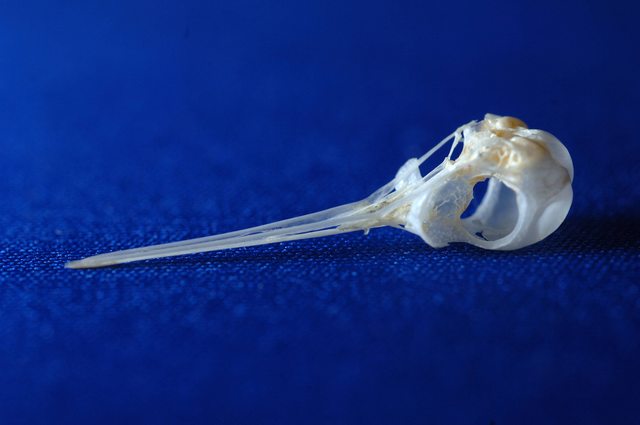 You can see the huge eye sockets. This image (not a real skull, but a plastic cast) shows that even more clearly (also Archilochus colubris): 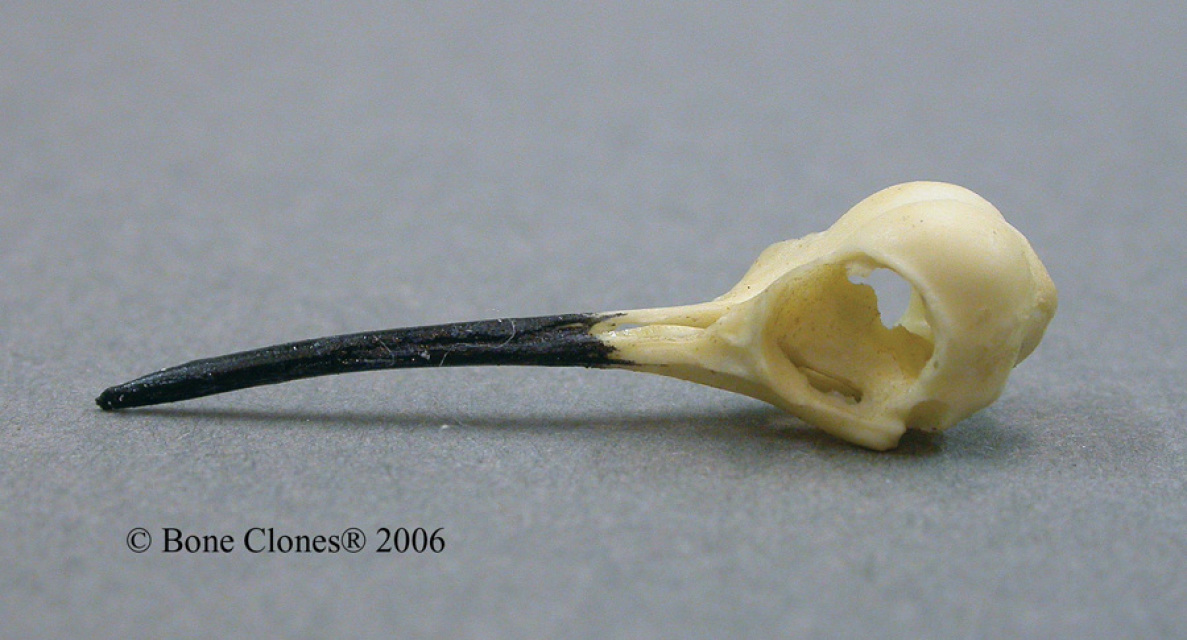 According to the original paper of the research, which was linked by the NY Times article and by your very question (Nyffeler, Maxwell and Remsen, 2017):

Bigas et al. (2006:237) described the feeding behavior of the mantids in the mist-nets:

“The modus operandi of the mantis seems to be to approach the bird, which is always hanging downwards, and then enter the cranial cavity via one of the eyes, feeding on the brain tissues.” (emphasis mine)

If you look at the image you shared you can see that the mantis' mouthparts are positioned at the side of the hummingbird's head, which corroborates the claim that the mantis uses the eye socket to get to the brain tissue.

Not the answer you're looking for? Browse other questions tagged entomology predation or ask your own question.

4
How can bobcats feel the mice under the snow?
2
How does natural selection explain how organisms that are poisonous evolved?
5
Why are bees eating the wax?
7
How do snakes determine the direction of prey from their thermal infrared sensing pit organs?