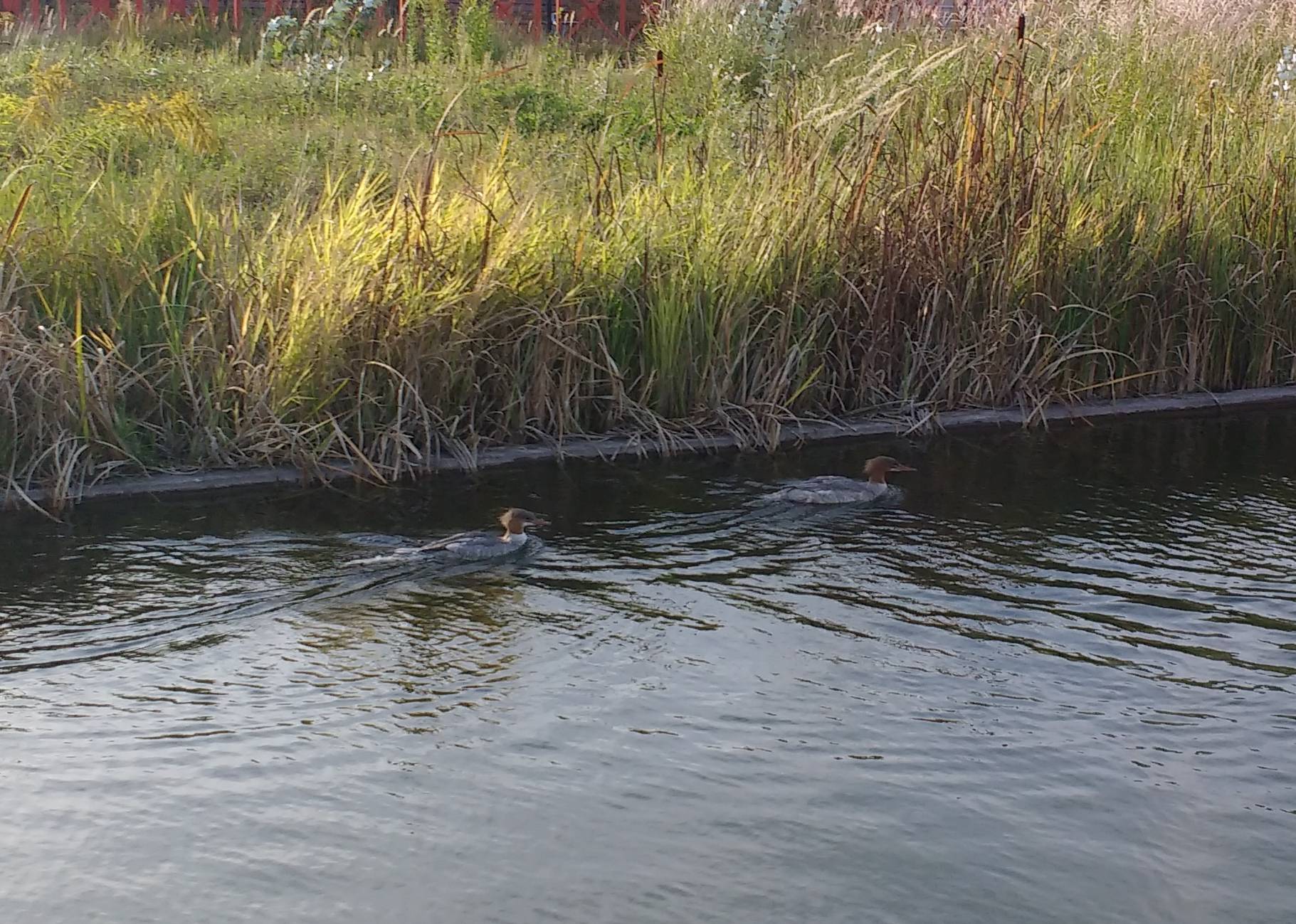 I'd be grateful for any information that could be used to identify this bird.

Based on the location and picture I believe this a Goosander (Mergus merganser) which is the European name, the North American name is the Common Merganser.

You can find more information about them here. 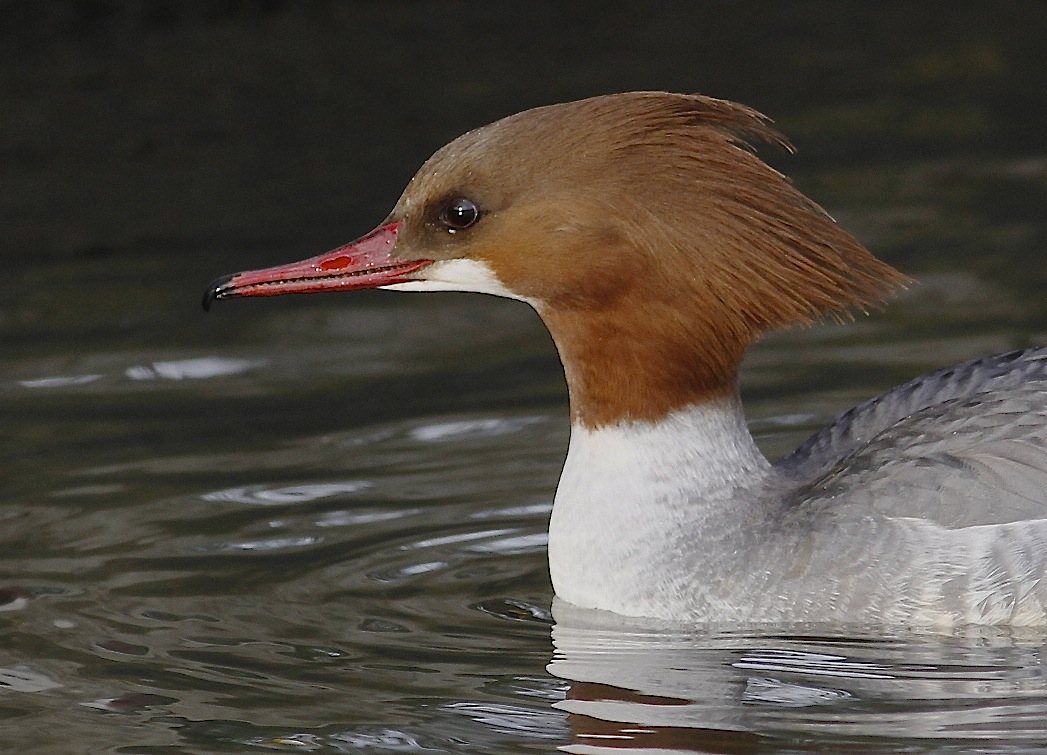 They undergo two main molts, breeding plumage in December and eclipse plumage in May. Here is a description of the eclipse molt by Bent, 1923:

In May the adult male goosander begins to assume its eclipse plumage. The adult male in August has the crown reddish brown, with a gray tinge; chin white, and the rest of the head and upper neck rich red brown.

By the looks of your photo, you either have 2 females during the breeding plumage phase (January - May) or either sex during the eclipse phase (June - December). It will depend on when the photo was taken.

Here is an image with a breeding plumage male (left) alongside some females: 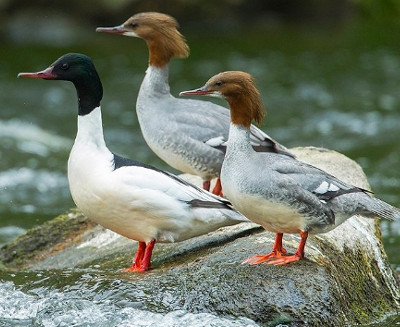