What is this stinging/biting insect?

The missus was bitten/stung in the palm by this (we think) in NE Scotland this morning. Pain was immediate, described as like getting a pin stuck in her hand. Apparently her first attempt to flick it away failed, and it took her second attempt to remove it. Afterwards, a short black stinger appear to remain embedded and had to be removed with tweezers.

She got fairly immediate swelling (white circle around the site, and red swelling further out). Even 20 minutes later, the swelling and pain remain.

This may or may not be the entirety of the insect. 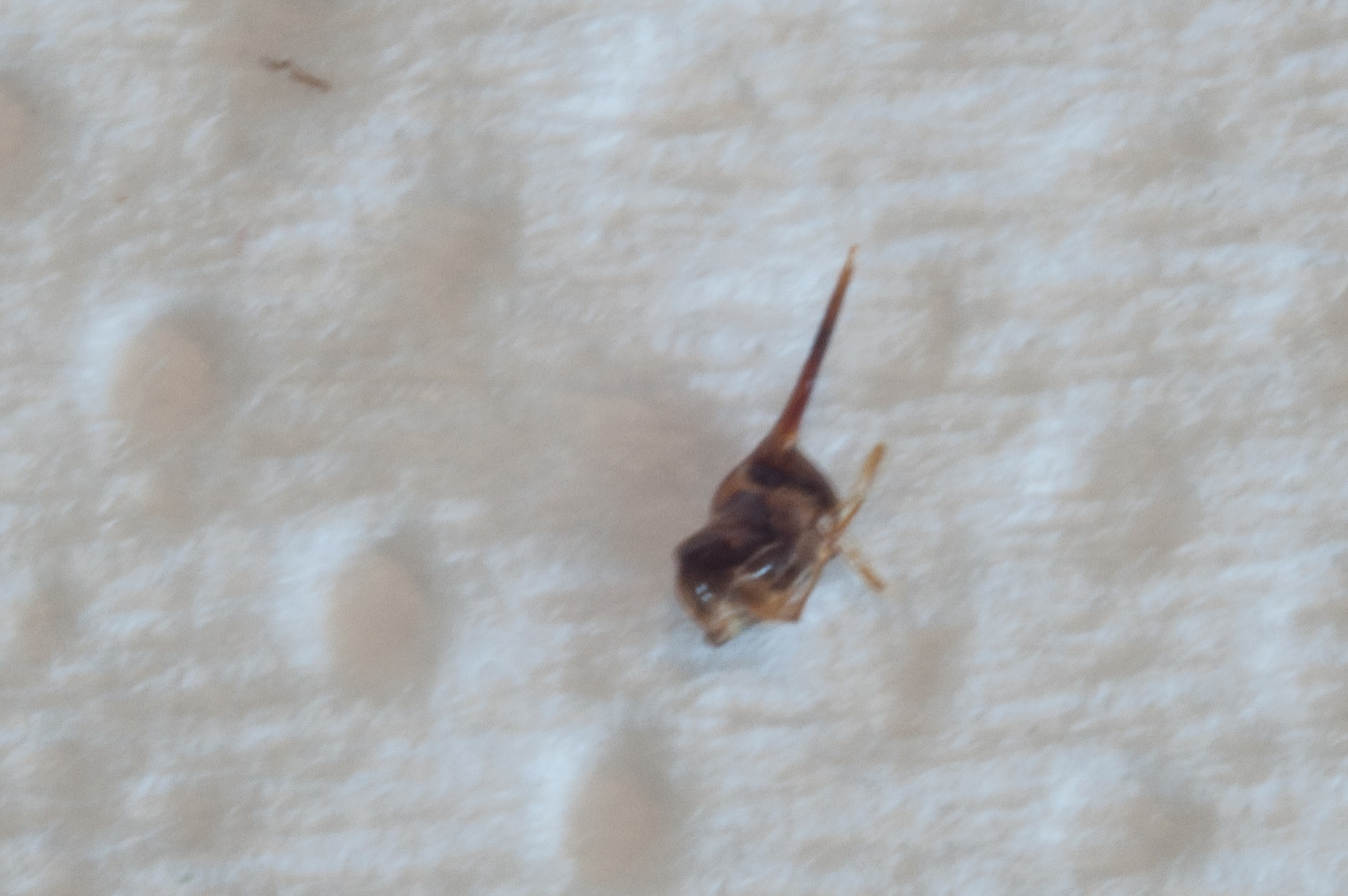 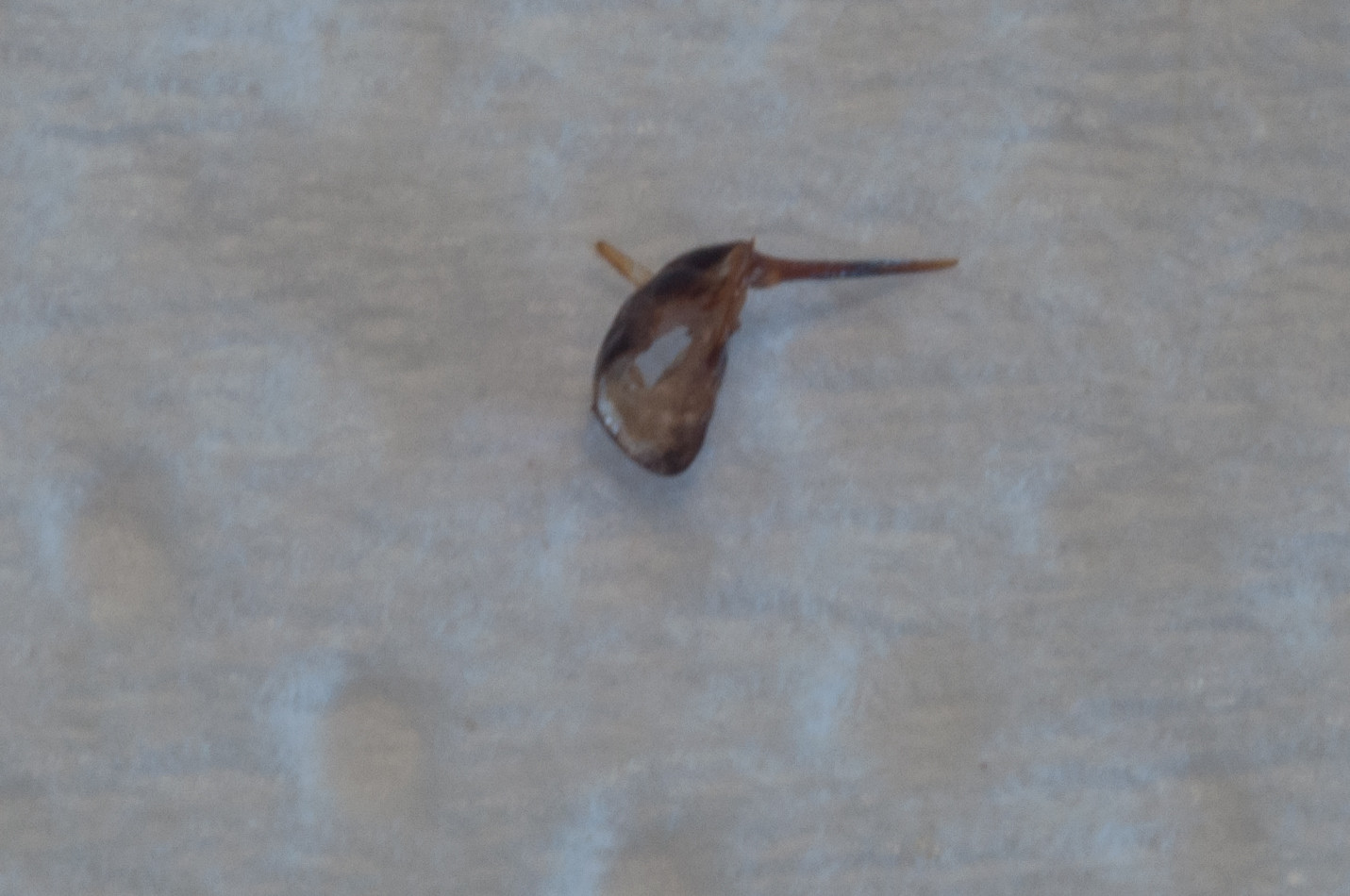 The stinger that got stuck in your partner's skin isn't completely black. Its coloration shifts from dark brown near the abdomen to black to dark brown again at the tip of the stinger.

This identifies the stinger as one belonging to Vespula vulgaris, the common wasp as the stinger of the other most common stinging insect in Scotland (Apis mellifera or European honey bee) is honey brown to brown.

Once in a while a wasp can happen to get its stinger torn of when it's flicked away during its sting. Obviously it dies afterwards as also part of its intestines are torn.

Pictures of both stingers can be found below. 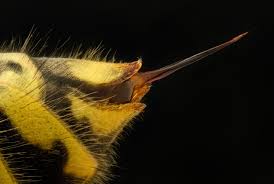 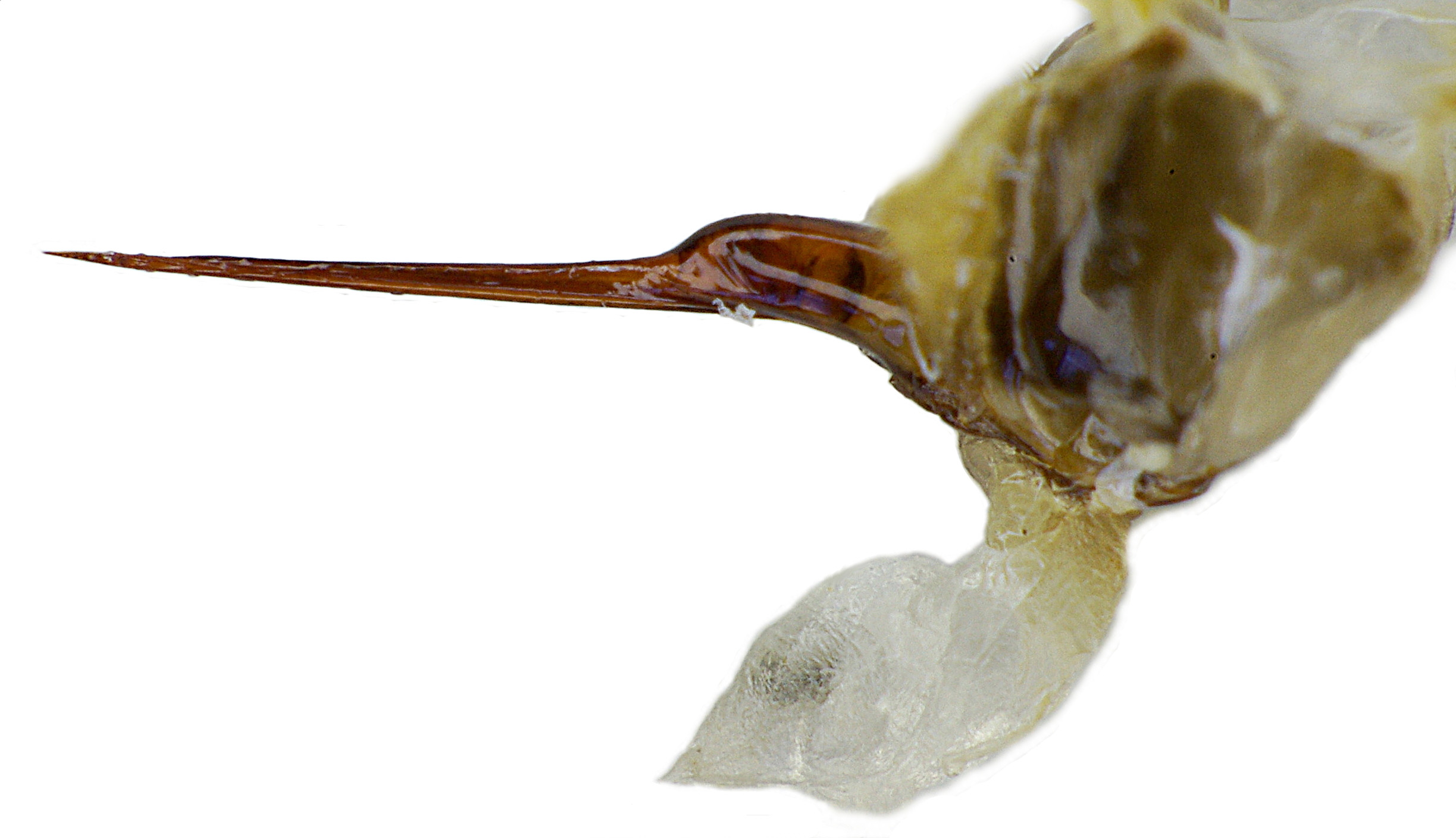