How do you read the histone code?

I took it upon myself to research how methylation/acetylation affects histone tails via post-translational modifications. However, I find myself confused about how to "read" this histone code, specifically for the Euchromatin. 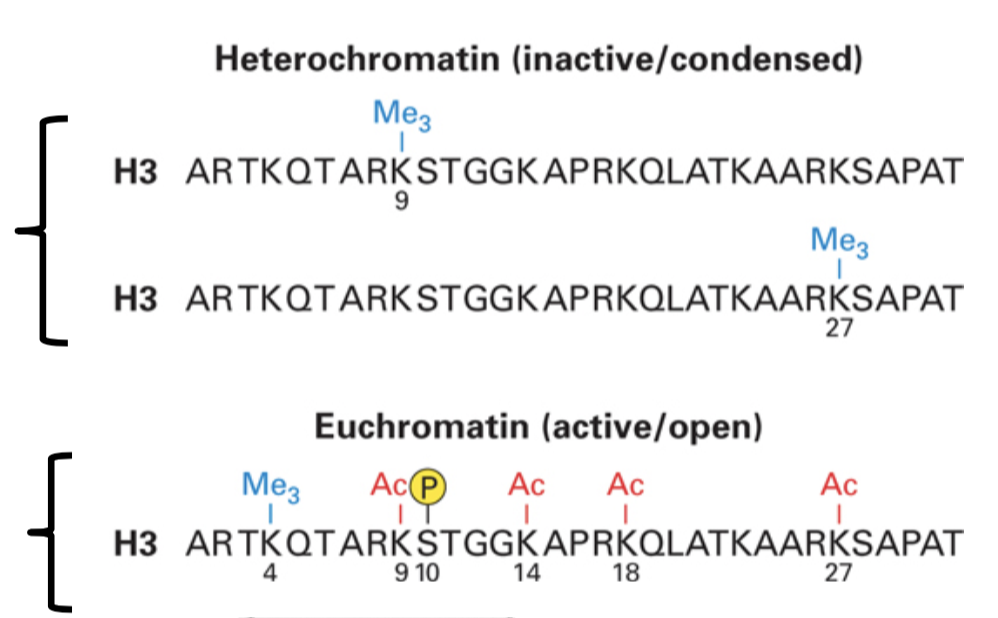 The "histone code" is not like the genetic code where one codon in an ORF always is translated to a single amino acid. It's closer to something like GC content or CpG islands: a single instance doesn't tell you anything, but enrichment over some finite window may be biologically significant.

You may want to review the basics, starting with the Wikipedia page on the histone code. In particular read the paragraphs at the end:

Not the answer you're looking for? Browse other questions tagged biochemistry chromatin histone dna-methylation or ask your own question.

11
What are the mechanism binding histone code with alternative splicing?
2
Histone marks mechanism
2
What signals histone methyl transferases to function?
7
In what sense is the "histone code" a code?
4
SNPs in DNase hypersensitive and histone marks sites
2
Through which mechanisms did the Drosophila Histone Cluster evolve?
2
Can one talk about deacetylation of a promoter rather than associated histone?
1
Why are GC-rich regions less condensed than GC-poor regions?
2
What is the relationship between induction of cell differentiation and DNA methylation status?
1
General Enhancer Questions (Methylation Patterns, ect.)