In the history of animal evolution, both the Cnidarians and the Echinoderms have radial symmetry, according to this cladogram: 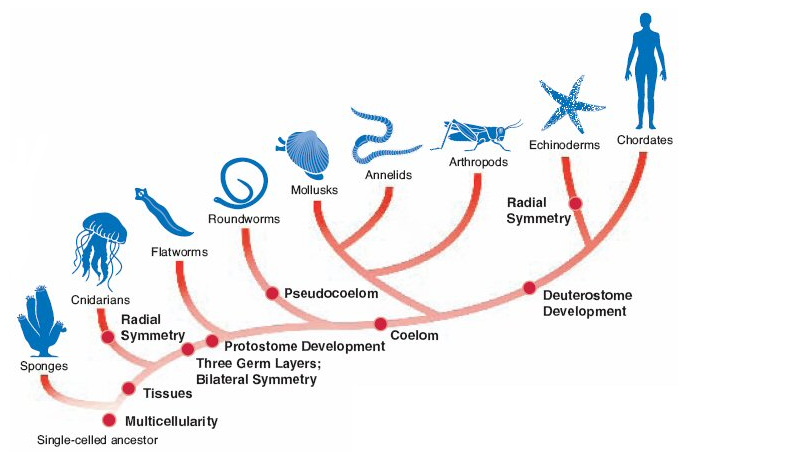 Do both groups having this feature mean radial symmetry evolved twice?

Good question! I had never really though about it, so thank you!

Echinodermata have a pentaradial symmetry

Developmental and Genetics of pentaradial symmetry

As one would expect modifications of hox genes are involved into the evolution of this peculiar body plan. From Lowe and Wray 1997

Here we report the expression domains in echinoderms of three important developmental regulatory genes ( distal-less, engrailed and orthodenticle ), all of which encode transcription factors that contain a homeodomain. Our findings show that the reorganization of body architecture involved extensive changes in the deployment and roles of homeobox genes. These changes include modifications in the symmetry of expression domains and the evolution of several new developmental roles, as well as the loss of roles conserved between arthropods and chordates. Some of these modifications seem to have evolved very early in the history of echinoderms, whereas others probably evolved during the subsequent diversification of adult and larval morphology.

Here is the whole abstract of Mooi and David 2008

The strangeness of echinoderm pentaradiality results from superposition of radial symmetry onto ancestral deuterostome bilaterality. The Extraxial-Axial Theory shows that echinoderms also have an anterior/posterior (A/P) axis developed independently and ontogenetically before radiality. The A/P axis is first established via coelomic stacking in the extraxial region, with ensuing development of the pentamerous hydrocoel in the axial region. This is strongly correlated with a variety of gene expression patterns. The echinoid Hox cluster is disordered into two different sets of genes. During embryogenesis, members of the posterior class demonstrate temporal, spatial, and genetic colinearity within the extraxial region. We suggest that displacement of genes from the more anterior Hox classes toward the 5′ end of the chromosome leads to control of the later-developing, radially symmetric axial region. Genetic disorder is therefore another way of using colinearity to build the unique echinoderm symmetry.

As insinuated above, note that (in most echinodermata species at least) only adults have a radial symmetry. Larvea have a bilateral symmetry. Here are a bunch of picturesand schema. 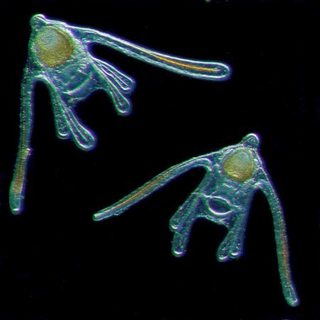 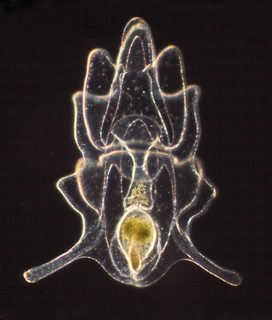 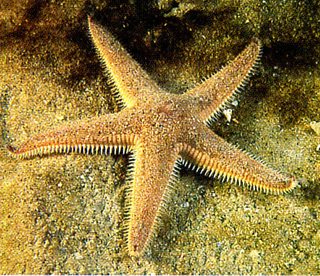 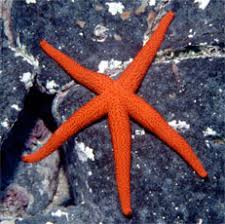 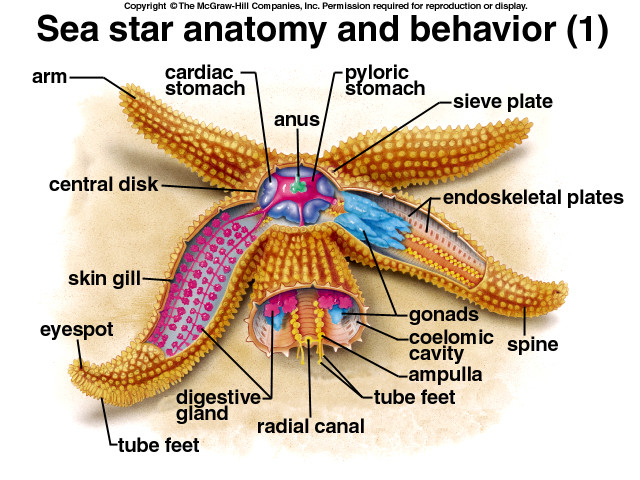 It is actually hypothesized that radial symmetry did evolve again, but there are homologies between the echinoderm symmetry and bilateral animals:

Not the answer you're looking for? Browse other questions tagged evolution invertebrates cladistics or ask your own question.

13
Did researchers evolve multicellular yeast or did they just turn on multicellularity?
40
Why did life not evolve to use radio?
6
How did giraffes develop their rete mirabile failsafe?
13
Why does sexual selection evolve beautiful features?
4
Did baby bird hair and mammalian hair convergently evolve?
4
How to name a case of convergent evolution where the same mutation is involved in both lineages?
1
What did the evolution of multicellular animals look like?
2
Did bilateral symmetry evolved just once?