Irradiation instead of pasteurization?

Can we just replace pasteurization with simple irradiation for most (if not all) foods? (For example, such as milk, to sterilize and preserve flavors)

Both pasteurisation and irradiation work by killing micro- (and macro-) organisms in food. The two processes are broadly similar and in both cases the objective is to reduce the number of bacteria or other microorganisms in the food rather than completely sterilise it. Due to this and other similarities food irradiation is sometimes called cold pasteurisation (for example in this paper).

Food sterilisation has some advantages over pasteurisation: for instance, it can be used on (most) solid foodstuffs, including fruits, vegetables, grain foods, spices and meats (such as chicken), while pasteurisation can only be used on liquids. However, irradiation cannot be used on dairy products or eggs as it results in changes in flavour and texture (source).

There are other reasons why irradiation is not used as widely as it might be. One is that some markets were already saturated with pasteurisation, which is an older technology. Another is that public acceptance of irradiation is lower, with (for example) concerns about safety of the products, although these are not rational concerns and Crawford and Ruff note that similar concerns affected acceptance of pasteurisation when it was introduced. This may also partially explain why irradiation is sometimes called cold pasteurisation, although by international agreement irradiated unprocessed food sold in stores (not in restaurants, or processed foods) is labelled with the Radura symbol anyway. 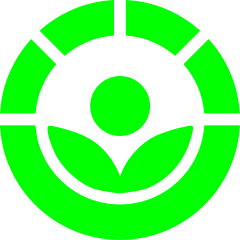 I also have a suspicion that the startup costs associated with food irradiation plants are relatively high, but couldn't find a reference for this yet.

"Advantages and disadvantages of the use of irradiation for food preservation" Journal of Agricultural and Environmental Ethics March 1991, Volume 4, Issue 1, pp 14–30

Not the answer you're looking for? Browse other questions tagged food health safety food-chemistry sterilisation or ask your own question.

3
What Defines a Food as Edible?
5
Ultra Pasteurization and Pasteurization
7
How much of the weight of yoghurt is due to bacteria?
6
Do animals have different taste preferences within the same species?
7
Is bad tasting food more likely to cause harm?
1
Why most small organisms seem not to be interested in any organic matter which has all moisture removed?