I came across the following diagrams depicting two kinds of arrangement of flagella over cells. 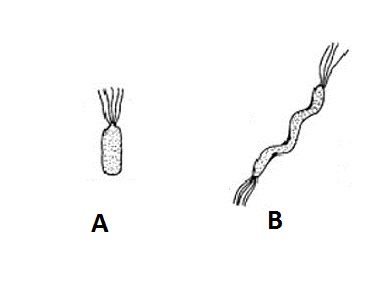 Now according to my (very unreliable) school textbook, the arrangements are termed as:

Whereas another (equally unreliable) book states the exact opposite:

A spot of cursory Googling reflects this sort of confusion online (compare the images and their labels here) as well.

According to Wikipedia that arrangement A is lophotrichous, but it makes no reference to arrangement B though.

Hmm... so cephalotrichous probably means you find the tuft on one "end" (so arrangement A), and ipso facto lophotrichous is arrangement B.

But I guess, I ended up putting a little too much thought into it...

At this stage I'm not sure what's more serious: my inability to find an authoritative answer to my question... or my tendency to overthink stuff

Could someone clarify, citing (multiple, if possible) authoritative sources, on the distinction between a "cephalotrichous" and a "lophotrichous" arrangement?

A good source on this subject is Tortora's Microbiology. Unfortunately, it uses a different terminology. 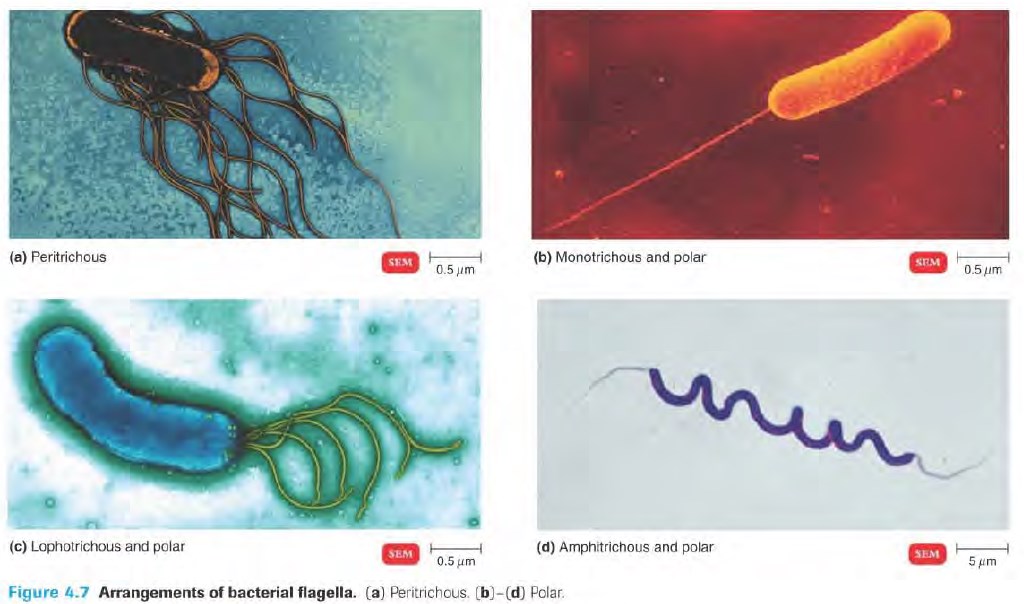 As you can see, the lophotrichous arrangement is the one with the flagella at one end of the bacterium (which agrees with the arrangement at the Wikipedia page).

However, the opposite arrangement (flagella at both ends) is called amphitrichous (which, by the way, makes more sense), not cephalotrichous.

The text below that image says:

Lophotrichous: a tuft of flagella coming from one pole;

Amphitrichous: flagella at both poles of the cell;

If you assume that "amphitrichous" is synonym of "cephalotrichous", then the correct book would be your second one, which says:

A - Lophotrichous (tuft of flagella on one end)

B - Cephalotrichous (tufts of flagella on both ends)

However, there is no evidence that one should consider "amphitrichous" and "cephalotrichous" as synonyms. Besides that, things seem to be way more complicated: if you search those terms at Google Books, you'll see that most books say that amphitrichous bacteria have only two flagella, one at each end. And, indeed, some have completely opposite definitions.

Not the answer you're looking for? Browse other questions tagged microbiology bacteriology terminology anatomy or ask your own question.

11
Are these Gram stain substitutions acceptable?
2
Terminology question about the correct term for areas of biological research
3
What is correct MVM vs. MMV?
13
Using anatomical terms for human organs and parts of plants
0
What is the name for the opening in the mouth for the nasal passages?
6
How different are these terms: Phylloclade, Phyllode, Cladophyll and Cladode?