What is this bizarre insect?

Well, a friend of mine sent me this picture of an creepy insect. I'm wondering if the picture is photoshoped or if it is real. It is said the insect lives in Indonesia, but I'm not sure. 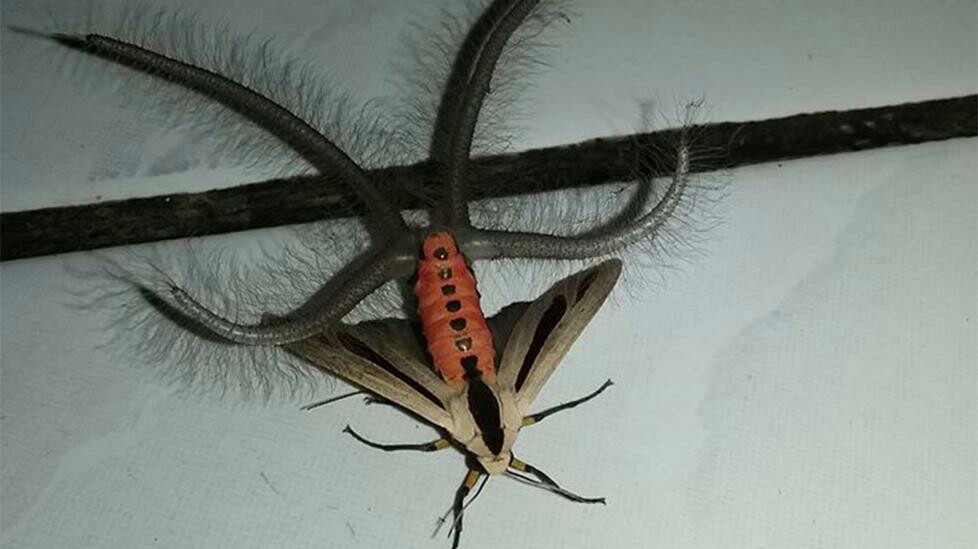 Can anyone identify this? Thanks.

This is a Creatonotos gangis

This nice arctiine moth was described by Linnaeus in 1763. The species lives in South East Asia and parts of Australia.

C. gangis went viral earlier this year because of a post in The independent where they wrote about a facebook video on the species... I don't know if this is the same video that was popular at facebook, but take a look:

Furthermore, I can tell you that those weird tentacles are in fact scent organs which secrete pheromones in order to attract sexual mates. And also, their larvae cause huge problems because they eat pomegranade leaves

0
What is this insect? Seems to be in Indonesia

4
What type of insect is this?
7
What's the name of this bug?
5
Whose horns are these?
2
Can anyone help confirm this tiny insect larvae?
4
Insect identification, UK, 07-19
2
Cannot identify this insect
4
What is this blue insect?
7
Insect with long neck—what is it?