Why does cell differentiation start with the morula?

I suppose that cell differentation has to start by some external symmetry breaking. The first time there are two different types of cells is the morula with roughly 16 cells: there are some 12-15 cells forming the surface of the morula and some 1-4 cells in the interior of the morula. These are exposed to physically/chemically different local environments which might be the initial triggers of cell differentiation. 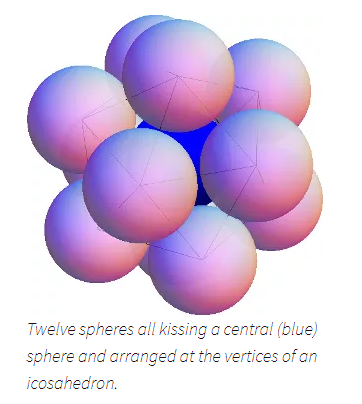 For a long time it has been believed that cells are identical within this ball at least until they take up distinct inside and outside positions, but is this true? A number of studies [2, 3, 6, 7, 8, 9] over the last 10 years involving a variety of markers such as oil-drops, dyes, fluorescent beads and proteins, together has challenged this view. These studies indicated that cells start to develop their identity earlier than expected, before taking inside or outside positions and, importantly, that these differences between cells are significant, as they bias cell fate [2, 3, 6, 7, 8, 9]. This view has not been universally held, however, because differences between the cells were not detected by other groups and so the view that cell fate choice is random was maintained [10, 11, 12]. It was also proposed that the bias in cell fate might simply result from the shape of the zona pellucida surrounding the embryo until implantation [13], an interpretation that has itself been questioned [14]. The random (stochastic) view of development became popular as it seemed to fit more comfortably with the experiments showing that early embryo cells are plastic and can adopt different fates upon transplantation.

And from a slightly more recent paper:

Drosophila has been found to have a pre-pattern in oocytes and zygotes. Several molecules that act as maternal determinants of the future body axis (for example, bicoid mRNA) are thus localized asymmetrically in both oocytes and fertilized embryos of Drosophila [6]. No such molecule has been identified in the mouse oocyte or embryo, although certain molecular and structural asymmetries have been described in unfertilized mouse oocytes. For example, Par4 protein is asymmetrically localized in mouse oocytes [7], but whether this protein is unevenly distributed among blastomeres after fertilization remains unknown. In addition, transcriptome asymmetry in terms of mRNA regionalization within mouse oocytes and zygotes has been identified, but no such asymmetry was detected between blastomeres within 2- or 3-cell-stage embryos [8]. However, several recent studies suggest molecular differences exist between blastomeres of the mouse embryo as early as the 4-cell stage. These molecular heterogeneities include the level of H3R17me2 and H3R26me2 (dimethylation of histone H3 at arginines 17 and 26, respectively) [9] and the level of Cdx2 expression [10].

Wikipedia also mentions this fact about Drosophila, so for insects at least it seems uncontroversial.

7
What determines the fate of a cell with respect to differentiation?
3
Simulating Cell differentiation
5
which exact mechanism triggers the first cell differentiation after n divisions?
7
Cytoplasmic determinants - protostomes and deuterostomes
0
What triggers programmed cell death in humans (from outside the cell)?
11
Does the cell internal temperature changes in response to a change in external temperature?
0
Cell differentiation by non-identical copies
7
How do membrane proteins find their target locations?
4
Why does K+ going out of the cell cause hyperpolarization?
0
What are proliferating, but "normal" (non-cancer, non stem) cells of the human (mouse)?