What is this strange mantis-like coral reef dwelling creature?

On the first episode of BBC's Blue Planet II they visited a coral reef and showed some odd reef-dwelling creatures as part of their establishing shots, but did not name the creatures.

In particular creature that resembles a mantis: 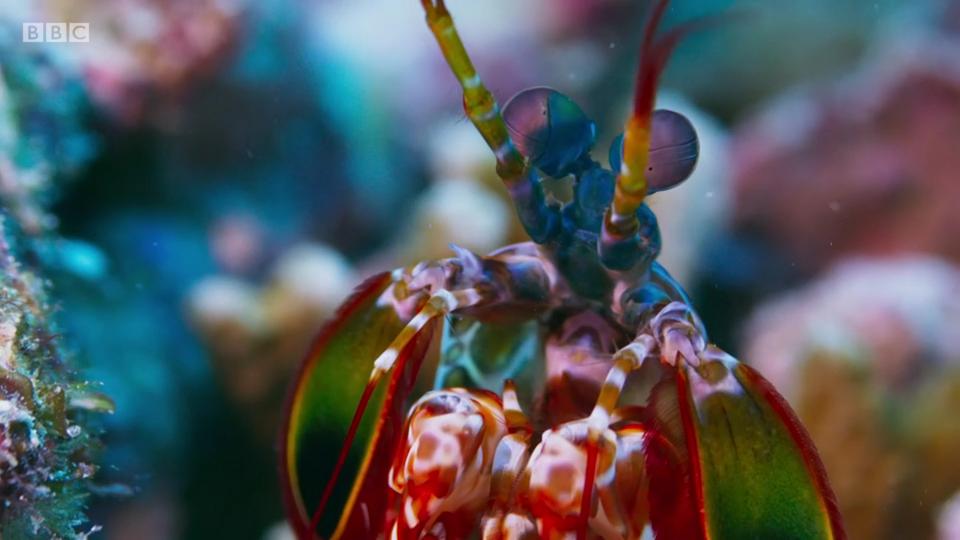 I tried a Google reverse image search and it very 'helpfully' identified it as "Documentary film". So close, yet so far. 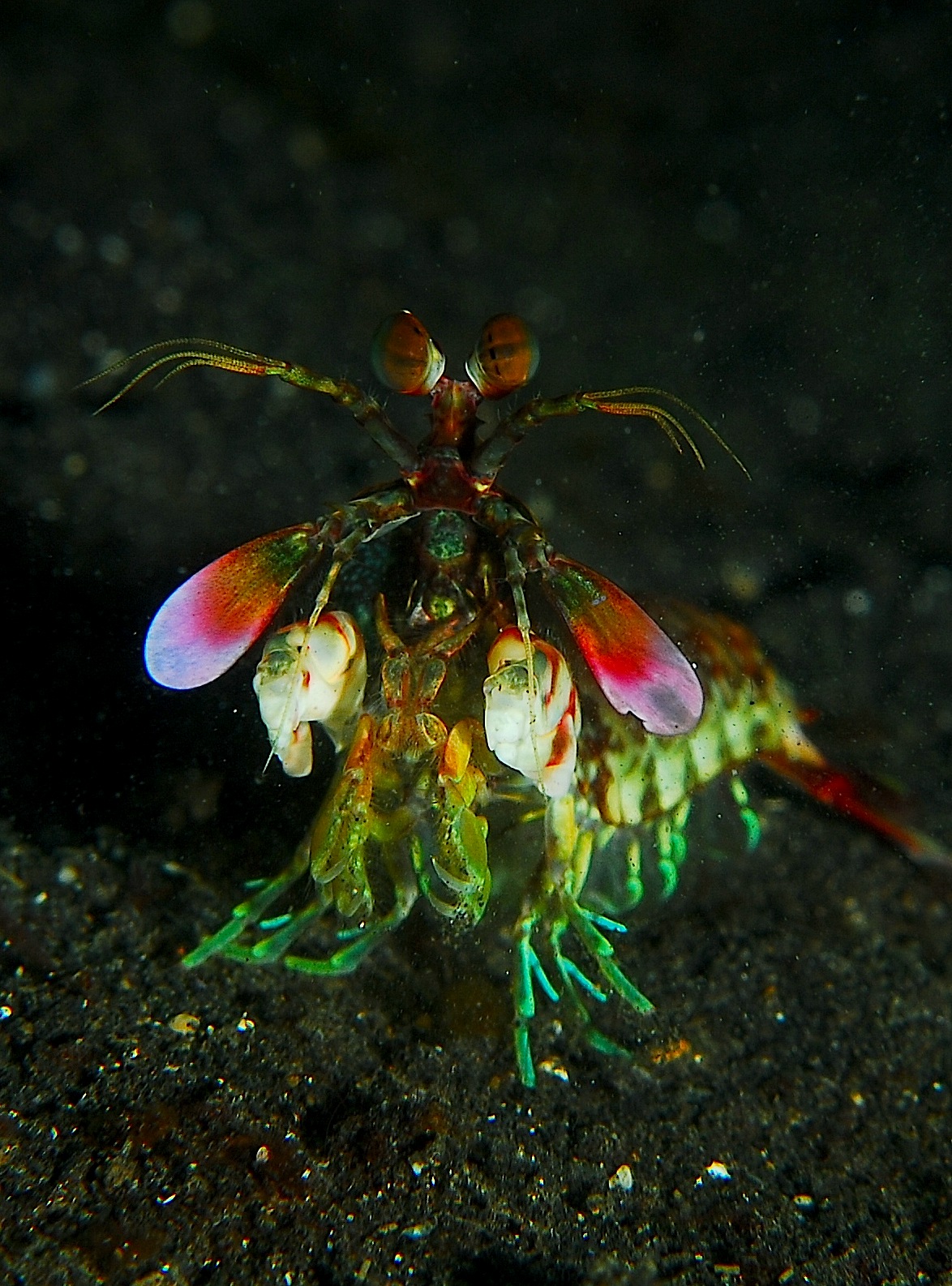 These predators have highly sophisticated vision and, depending on the species, either spearlike limbs or clubs that move so fast the water can't keep up, causing dangerous cavitational effects that can even break glass.

6
What is this strange horned, slug-like coral reef dwelling creature?