Does the given pedigree show a Y-linked dominant trait? 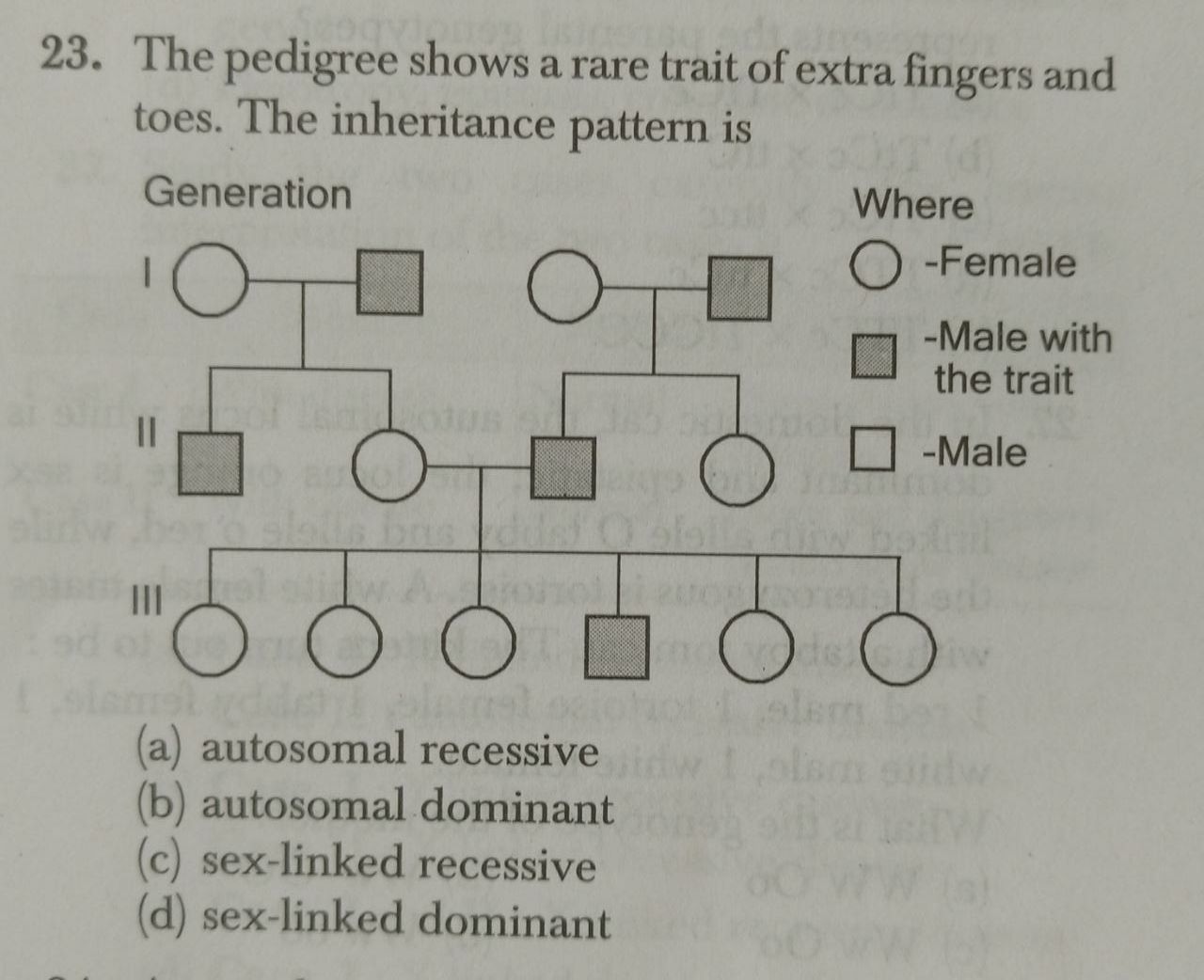 You're right that this could just as well be Y-linked dominant (althought that is pretty rare due to the small size of the chromosome).

Does seem like an unfair question, though, since (at least in theory) there's more than one possible answer.

Ok so this is how I solve a pedigree: 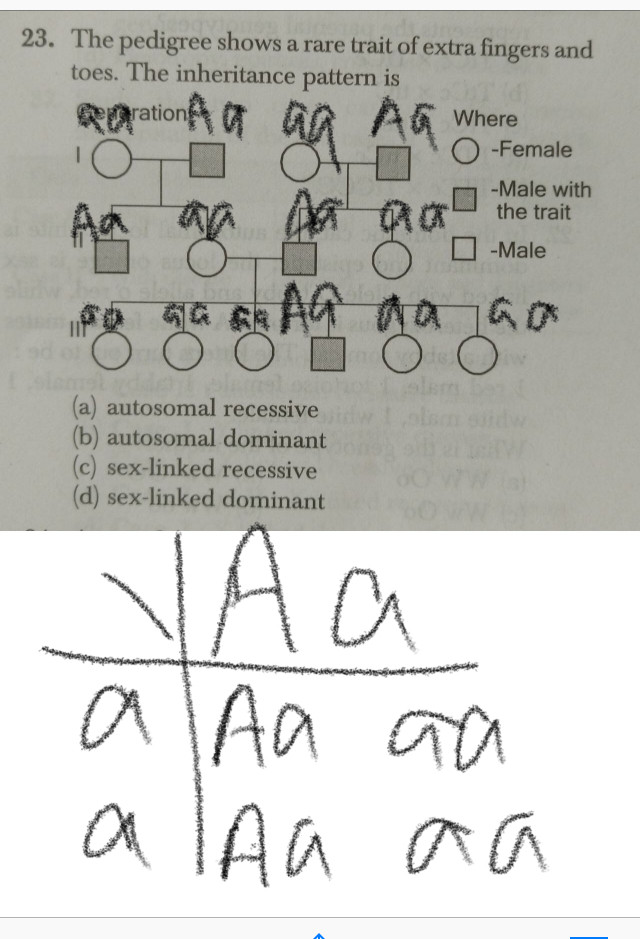 This clearly shows that the disease is autosomal dominant. But there is one problem.

An autosomal dominant pedigree has the following features: 1. Appears in both sexes with equal frequency. 2. Both sexes transmit the trait to the offspring. 3. Doesn’t skip generations. 4. When one parent (heterozygous) is affected, and the other parent is unaffected, there is a 50% chance of the offspring getting affected. (You can refer to the cross I’ve drawn below your picture)

The pedigree in the question satisfies all 3 points except the last one. If there are 6 offsprings, at least 2 of them should be affected (if not 3), but there is only one, and that too a male.

Since only the male is affected in all generations, you’re right in thinking it’s Y linked. In my opinion, it can be Y linked dominant, since that’s very rare. And your question specifies that the trait is rare. It could DEFINITELY be autosomal dominant, had there been more affected offsprings in the third generation.

5
Pedigree Analysis: Problem
2
Simple Mendelian sex-linked chromosome fruit fly question
3
Concept and analysis of Pedigree
4
Is the variance of a trait related to its rate of evolution?
0
How do you find probabilites of carrying an X linked recessive disease in a blank pedigree given only one phenotype?
0
How can i confirm that the given pedigree chart is of an autosomal dominant trait?
0
Why does this genetic pedigree show an autosomal dominant allele at one generation but not another?
0
Pedigree probability question
1
Chance for a Female to Inherit an X-Linked Dominant disorder