Regulation of Glycolysis and other pathways at ‘irreversible’ reaction steps

The hexokinase, phosphofructokinase and pyruvate kinase steps of glycolysis (1,3 and 10, below) are the only ones that are irreversible, and are also the steps where glycolysis is regulated. 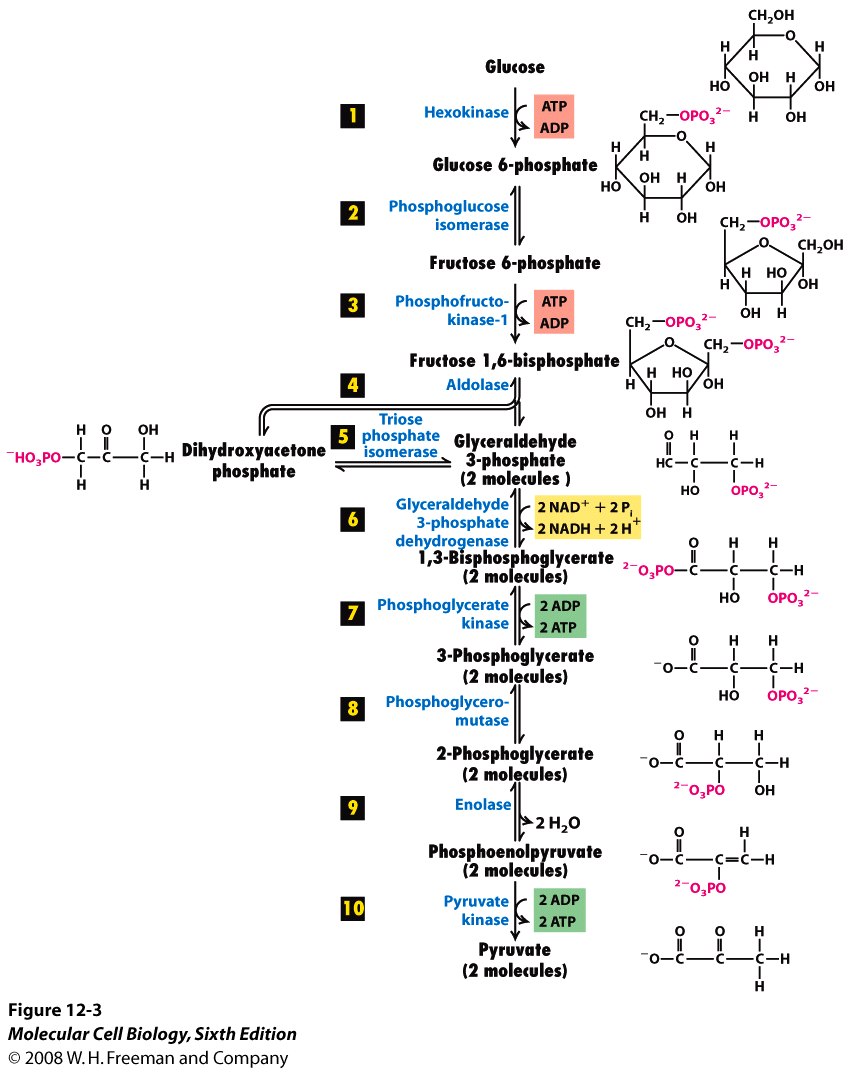 Is it necessary for a regulatory step in glycolysis to be irreversible, and if so does this apply to metabolic pathways generally? 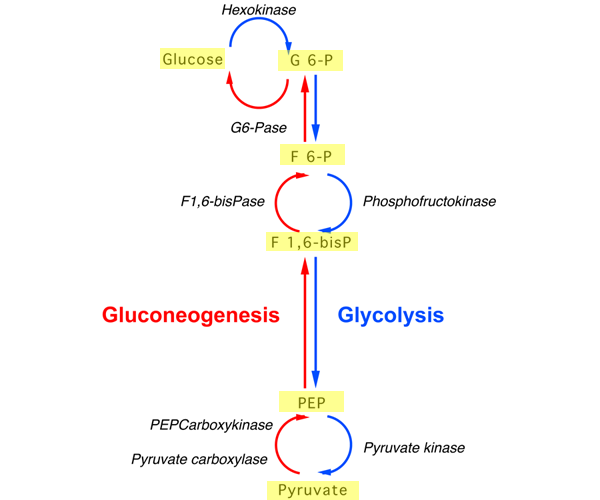 Glycolysis is, therefore a special case in sharing many reactions with another pathway working in the reverse direction. What about pathways in which the interconversions only proceed in one direction. Classic examples are biosynthetic pathways that are regulated by what is known as ‘feedback’ or ‘end-product’ inhibition. An example (for which I happen to have my own diagram) is the synthesis of isoleucine from threonine in bacteria:

When the concentration of isoleucine increases to a certain amount (sufficient for the cell’s needs) this inhibits the enzyme threonine deaminase, preventing the wasteful conversion of threonine to isoleucine.

The main point is not the position of equilibrium of the threonine deaminase reaction (I haven’t checked it yet) but that it is the first unique step in the synthesis pathway. Hence regulating this step prevents the unnecessary removal of threonine in a way that does not allow the wasteful accumulation of intermediates.

There is an old party game in which you pass a pair of scissor to your neighbour saying “I pass you these scissors crossed” or “I pass you these scissors uncrossed”. The initiates then tell you whether you have performed the operation correctly. The uninitiated player assumes that what is important is whether the scissors are crossed. In fact, it is whether or not your legs are crossed. Beware of false associations.

Not the answer you're looking for? Browse other questions tagged biochemistry metabolism pathway or ask your own question.

1
What is the use of futile reaction cycling such as Fruc-P to Fruc-BP?
11
Why isn't the phosphoglycerate kinase reaction of the glycolysis pathway irreversible?
4
Consumption of NAD+ in glycolysis
2
How is the rate of gluconeogenesis controlled in the cell?
2
Does Glycolysis produce lactate, or pyruvate?
4
Glycolytic non-oxidative pathway
3
About the definition of ketogenic amino acid
1
Regulation of the TCA cycle and glycolysis by adenine nucleotides