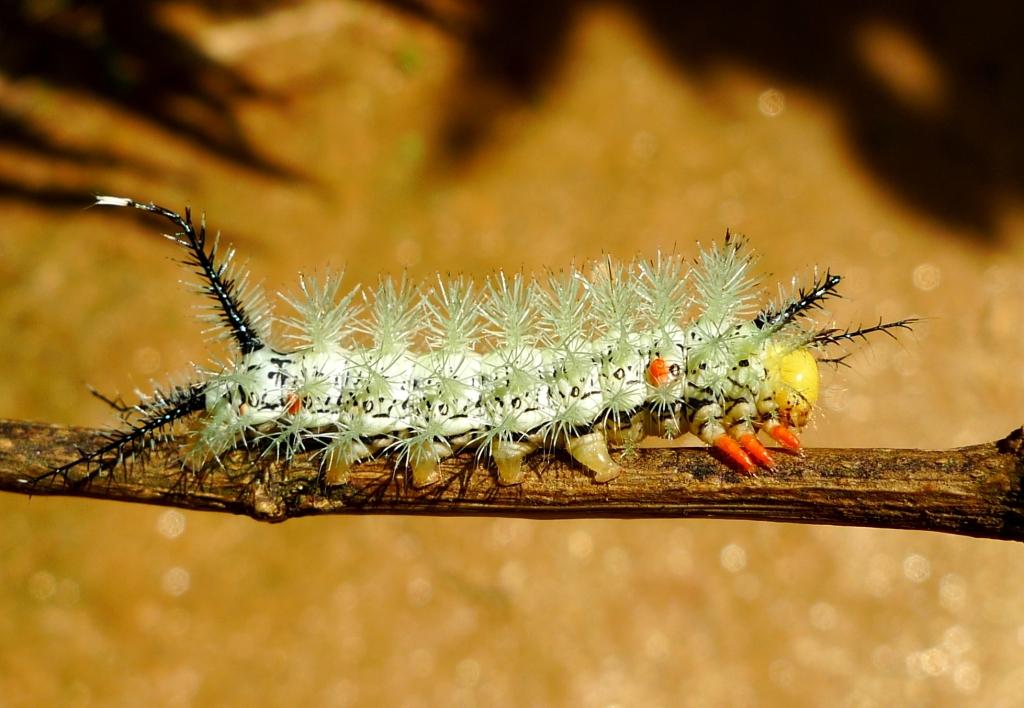 Looks to me like a Lonomia obliqua, from South America, particularly southern Brazil. 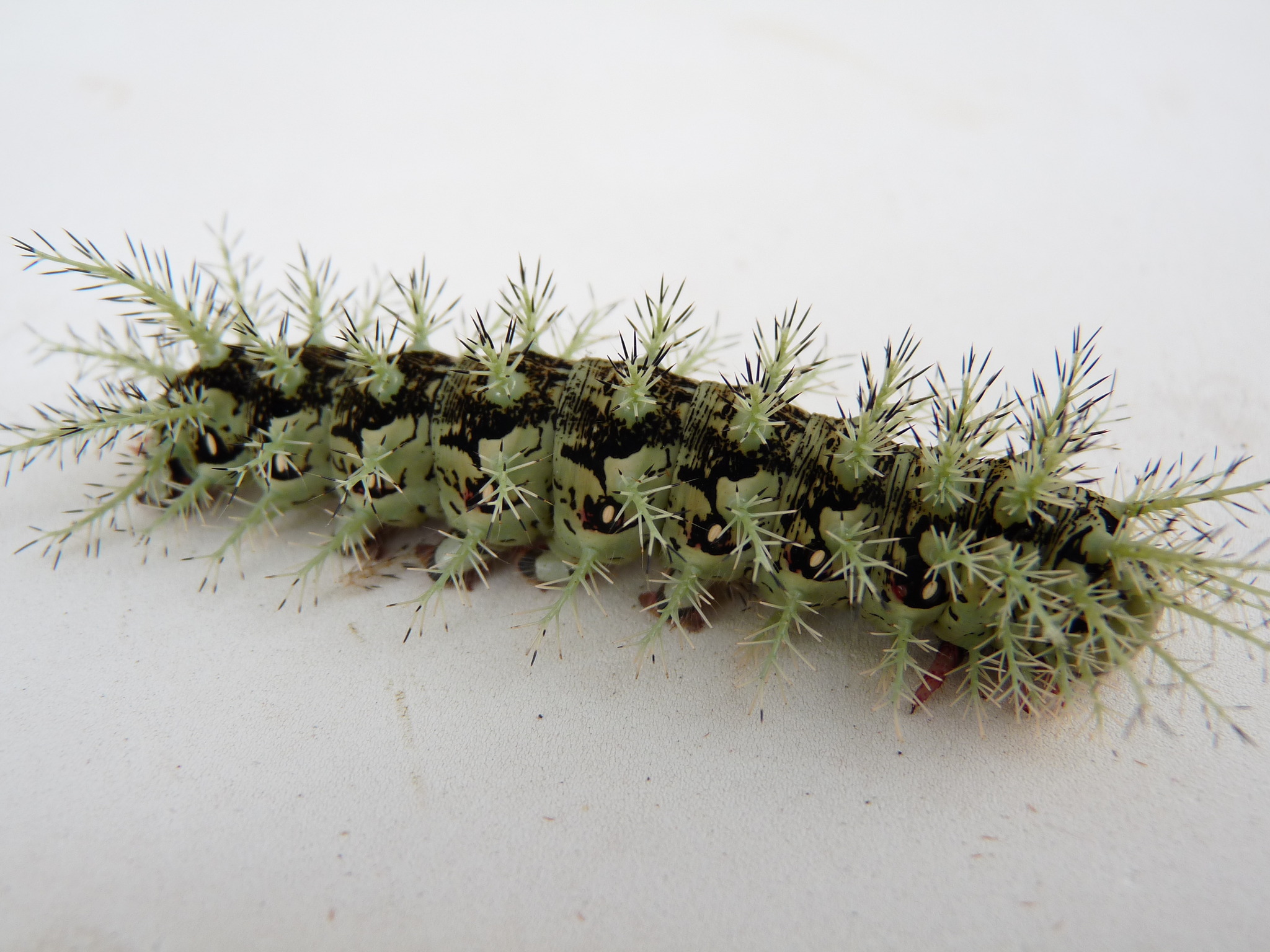 The same hairy green projections, the same red bottomed legs, pointed at the front of the caterpillar. You also notice on the second photo that it has those two black projections on the back.

The one thing that makes me just a hair uncertain is the colouration of the skin in your photo - it looks whiter. But then again, your photo is much more saturated than any others I found, so it make be an illusion, or even just a genetic variance.