What is the difference — if any — between "higher plants" and "vascular plants"?

On Wikipedia, "higher plants" redirects to "vascular plants", which seems like an indication that both terms are essentially the same.

Absolutely: "vascular plants" is the preferred one. "Higher plants" should be avoided. Here is a long explanation:

The Great Chain of Being

This term "higher plants", together with the term "higher animals", is just a remnant of a completely wrong concept that has (or shouldn't have) no place in the world after 1859: the Great Chain of Being, or scala naturae in Latin.

This is the typical medieval representation of the scala naturae: 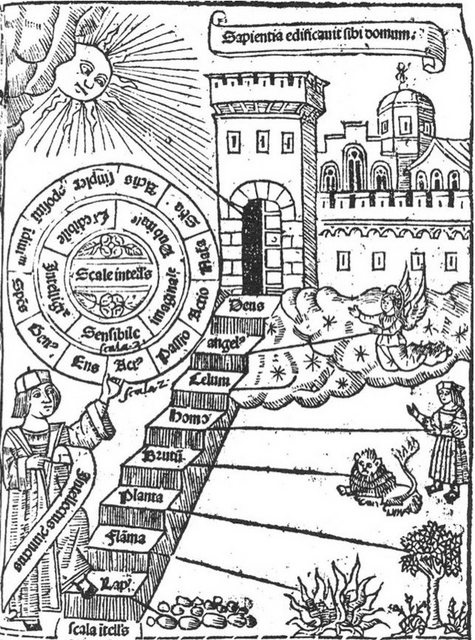 And here a more "modern" version of it (but equally wrong): 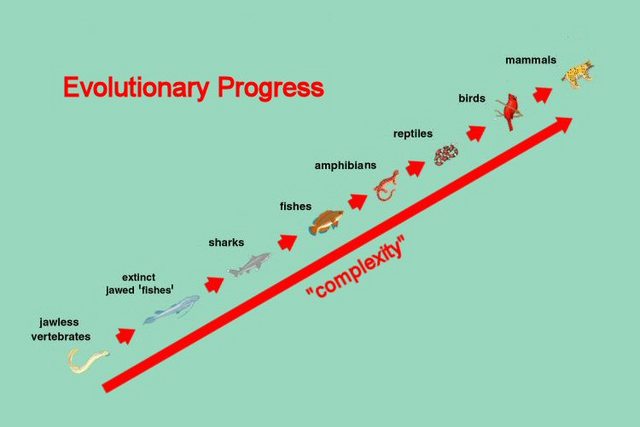 Unfortunately, this absurdity survived until the late twentieth century, and can be seen even today in some books/sites/lectures.

To understand the use of "higher plants" (and "higher animals") in biology, we have to go back a little in time.

When Linnaeus published his Systema Naturae, he divided the nature (Imperium Naturae) in 3 Kingdoms:

You have to keep in mind that this book was first published in 1735, well before the evolutionary biology being proposed in the XIX century and established in the XX century. Therefore, it is a book published when fixism was the current paradigm, full of mentions to the scala naturae.

So, the plants (as well as the animals) showed a continuum of species, going to the lower plants (the bacteria) to the higher plants (the flowering ones). It's worth mentioning again that, by that time, bacteria were plants: Phylum Schyzophyta, to be more precise.

Unfortunately, this terminology is so embedded in the biological sciences that even today, as I mentioned, we struggle to get rid of it.

As your Wikipedia link says, "higher plants" is a synonym of vascular plants. However, there are a lot of problems here:

First, this is a remnant of the scala naturae and, just because of that, should be avoided. Think of it as a meaningless term, just like "more evolved organism".

For instance, in lusophone biology books, it was very common a division in three groups:

In those books, "higher plants" doesn't mean vascular plants, but seed plants instead. One could argument that those books use an incorrect definition, but my point here is exactly that the definition of "higher plants" is imprecise and wrong by its very nature: there is no correct use.

In conclusion: the definition of "higher plant" is not precise, and because it's related to a completely wrong concept, its use should be avoided.

The difference is specificity.

Higher plant is kind of a general term which refers to their complexity, but is not a very precise term. As per Oxford Dictionary:

Vascular plants, on the other hand, are defined a bit more rigorously:

Any of various plants that have the vascular tissues xylem and phloem. The vascular plants include all seed-bearing plants (the gymnosperms and angiosperms) and the pteridophytes (including the ferns, lycophytes, and horsetails). Also called tracheophyte.

(From The American Heritage® Science Dictionary)

In general I would prefer Tracheophytes or vascular plants, because it make clear and implicit in the name what is the exact classification.

But I would prefer land plants instead of Embryophytes.

In any case I could use higher plants when speaking of phylogeny (or fossil plants), where I don't want to associate the character vascular to a change, i.e. there is a "before" and a "after" but it is better to leave a blurred zone between the two.

Not the answer you're looking for? Browse other questions tagged botany terminology nomenclature or ask your own question.

5
Genetic networks vs genetic architectures?
8
Regulation in plants bearing cleistogamous and chasmogamous flowers
2
What are the main differences between tubers and taproots?
5
Are there venomous plants?
4
Tissue identification in vascular bundle sections
2
Definitions of hermaphroditism, dioecious and monoecious?
4
Hormonal terms Somatotrophin or somatotropin?