It should be known that though Craspedacusta sowerbii is touted as a jellyfish, some argue it is more related to the family Hydra than a "true" jellyfish. Many researchers still call it as such, but others may simply refer Craspedacusta as a jelly. The main difference between Craspedacusta swerbii and "true" jellyfish is the presence of a velum. Its velum is a thin, circular membrane around the cap that helps propel, or move, the jelly forward.

An articles from the US Geological Survey (USGS) states that Craspedacusta sowerbyi is a hydrozoan that can take the form of a jellyfish. From the USGS:

Craspedacusta sowerbyi is a hydrozoan (Phylum Cnidaria, Class Hydrozoa), which is most easily identified when it takes the form of a small, bell-shaped jellyfish, known as a hydromedusa.

The Merriam-Webster dictionary defines a jellyfish as follows:

This definition, to me, seems to suggest that Craspedacusta sowerbyi is a jellyfish, however there must be some other reasoning that I'm missing that makes others believe that they aren't. Any clarification would be greatly appreciated.

The issue here is simply the meaning of the term "jellyfish" and the term "medusa". The first has no taxonomic value and, as such, can be used the way the book/zoologist/layman/journalist wants, unfortunately. Let's see it: 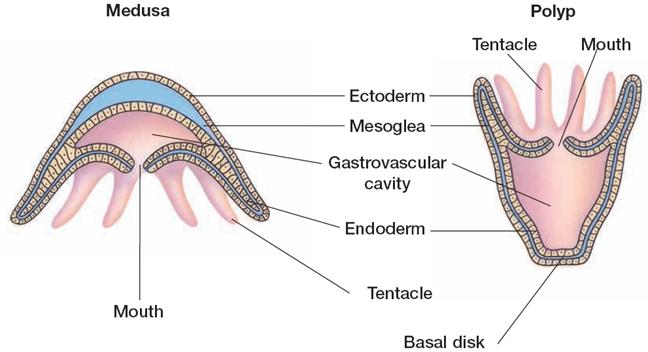 So, we can clearly see that Craspedacusta (an hydrozoan) is a medusa, or, in other words, that it displays the medusoid form in some point of its life cycle. There is no doubt regarding this: 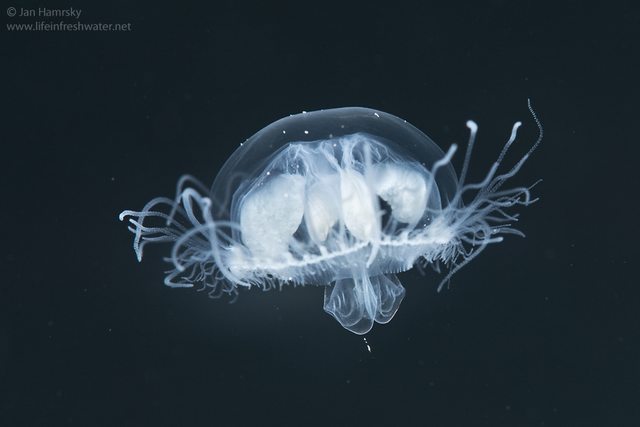 The problem comes when we try to use the term jellyfish.

Again, jellyfish has absolutely no taxonomic value. For instance, my teachers used to call an hydrozoan medusa as a "jellyfish". Some time later, when I started teaching zoology, I used to say to my students that an hydrozoan medusa is a jellyfish... that's not a big deal.

However, some zoologists apply the term jellyfish only to the scyphozoan medusae... in that case, jellyfish does have a taxonomic value. And, because of that, since Craspedacusta belongs to the Class Hydrozoa, its medusoid form cannot be called a jellyfish (again, if we accept the definition of those zoologists).

So, in conclusion, it depends on the book/zoologist: some say that that both Hydrozoan and Schyphozoan medusae can be called jellyfish, while some say that jellyfishes are only the medusoid forms from the Class Schyphozoa. That's the definition used by both the aquaticcommunity.com and the Nature Conservancy articles.

PS: Hydra is a Genus, not a Family. I edited your question just to realize that the mistake is from the original article, not yours.

Not the answer you're looking for? Browse other questions tagged terminology taxonomy marine-biology or ask your own question.

6
Are there known minimal marine ecosystems that are stable?
4
Why are bovines different genera if they can interbreed?
4
Why are sponges sometimes not considered multicellular?
2
Is there really a clear distinction between dinosaurs and birds?
2
Are there two varities of dandelion leaves?
2
Are there comprehensive species descriptions on most species?
2
Who are Ursprungliche Eukaryoten?
10
Why are market squid attracted to fishing lights but also avoid naturally lit surface waters during daytime/full moons?
0
Why are Excavata called “Excavata”?