Some months ago, I asked what was a phosphoester bond, because I didn't really understand the following picture and explanations provided in the "Molecular biology of the gene" from Watson, Baker, Bell and al. (7th edition). 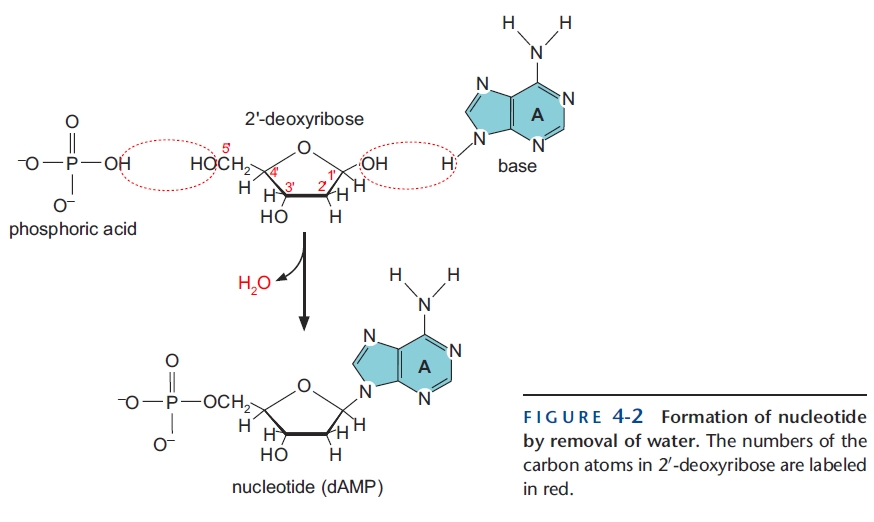 The explanation is the following:

We can think of how the base is joined to 2'-deoxyribose by imagining the removal of a molecule of water between the hydroxyl on the 1' carbon of the sugar and the base to form a glycosidic bond (Fig. 4-2). The sugar and base alone are called a nucleoside. Likewise, we can imagine linking the phosphate to 2'-deoxyribose by removing a water molecule from between the phosphate and the hydroxyl on the 5' carbon to make a 5' phosphomonoester. Adding a phosphate (or more than one phosphate) to a nucleoside creates a nucleotide.

While this question is still bothering me (I was not entirely satisfied with the answers I got back then, because the synthesis of a single strand of DNA is something which is probably different from the synthesis of nucleotides themselves), the question I'm asking myself right now is: "why do general biology books always talk about condensation reactions, while this article and this book do not mention it in the biosynthesis pathways of nucleotides?"

What I mean is: it seems like the biosynthesis of nucleotides is far more complicated than just being two condensation reactions. Furthermore, when I look at the 10th step of this picture (which comes from the article I mentioned above), I see a condensation reaction at the end of the pathway, but it does not occur where the book from Watson and al. suggests it should: 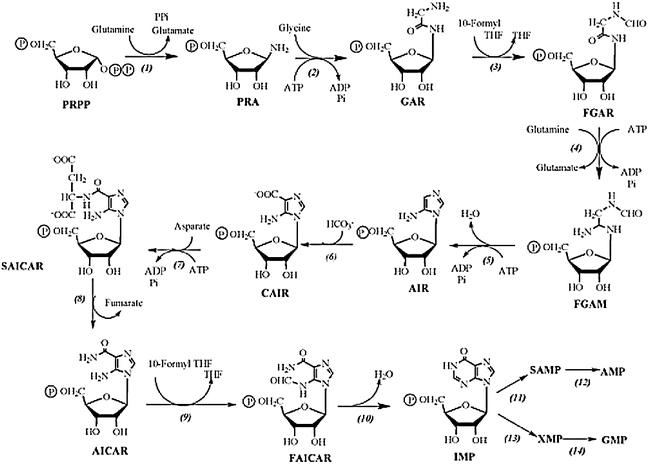 So, after months of wondering and researchs about all this, my final question about this is, as mentioned above:

Why do biology books always mention condensation reactions while, apparently, it doesn't have a lot to do with the manner in which the nucleotides are synthesized?

A condensation reaction is defined on Wikipedia as

a reaction in which two molecules or moieties, often functional groups, combine to form a larger molecule, together with the loss of a small molecule. Possible small molecules that are lost include water, acetic acid, hydrogen chloride, or methanol, but most commonly in biological reactions it is water.

It doesn't say anything about the number of steps required to reach the final compound, nor about the type of bonds formed. Following this definition, the nucleotide synthesis occurs via condensation reactions.

Not the answer you're looking for? Browse other questions tagged dna nucleotide-metabolism or ask your own question.

1
What is exactly a phosphoester bond?

6
Twist in the DNA double-helix
3
Chemistry of phosphodiester bond formation by DNA polymerase
3
What makes/breaks the hydrogen bonds between DNA and RNA during transcription?
5
What did Francis Crick and James Watson discover that Rosalind Franklin didn't?
7
A little help understanding DNA supercoiling
0
What is the role of pyrophosphatase in RNA polymerization?
1
Nomenclature of substrates for DNA synthesis