I'm working on a project in a high school bio lab (so limited resources), and I need a way to quantify the concentration of DNA in a PCR product. I can't use spectrophotometry (cheap spectrophotometers at school can't measure absorbance at 260nm), and any fluorescent dyes are out of the question as we don't have a transilluminator. Right now I'm looking at measuring absorbance change in a visible-light dye like crystal violet or methylene blue, but there isn't enough data on quantification using these dyes. Can anyone suggest anything?

Within some linear range, the intensity of stained DNA bands in a gel is directly proportional to their mass. By making a standard curve from bands of known mass, the mass of unknown bands can be estimated. This process is called densitometry. I wrote briefly about its use in quantifying protein bands after SDS-PAGE in this answer, but I'll go into more detail on how this is done using the following ethidium bromide stained gel:

On the right is a molecular weight marker (BstEII digest of λ DNA) with bands of known mass. On the left are two bands of unknown mass (actually a double-cut plasmid).

I use a free program called ImageJ to estimate band intensities. They have a tutorial on measuring band intensity here. You can also get ImageJ packaged with Java (and bunch of other stuff) in the software Fiji. 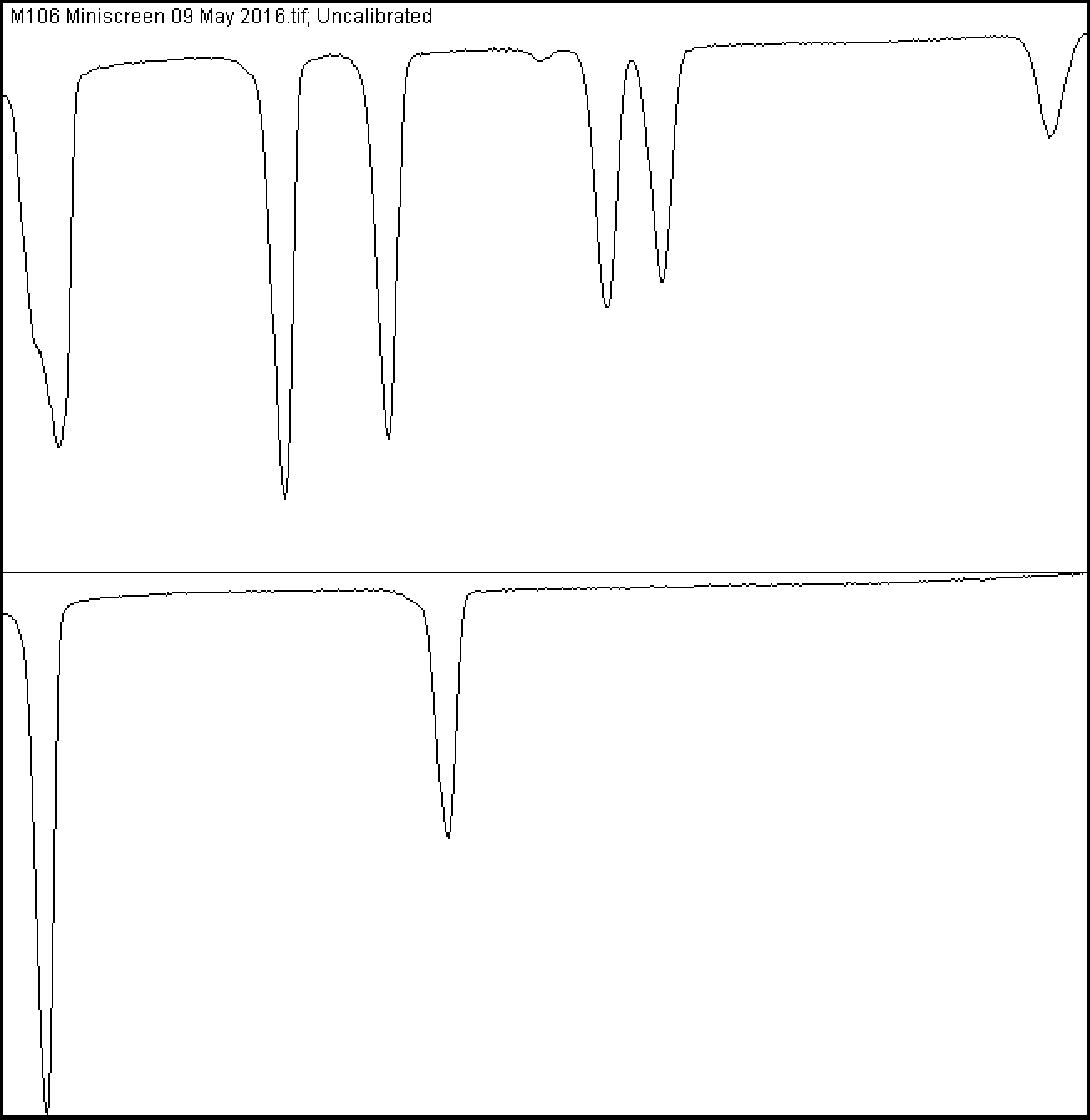 The area under each peak (minus the background noise) represents the some total of intensity for each band. To measure this area, use the line (Straight) tool to draw bounds on the base of each peak: 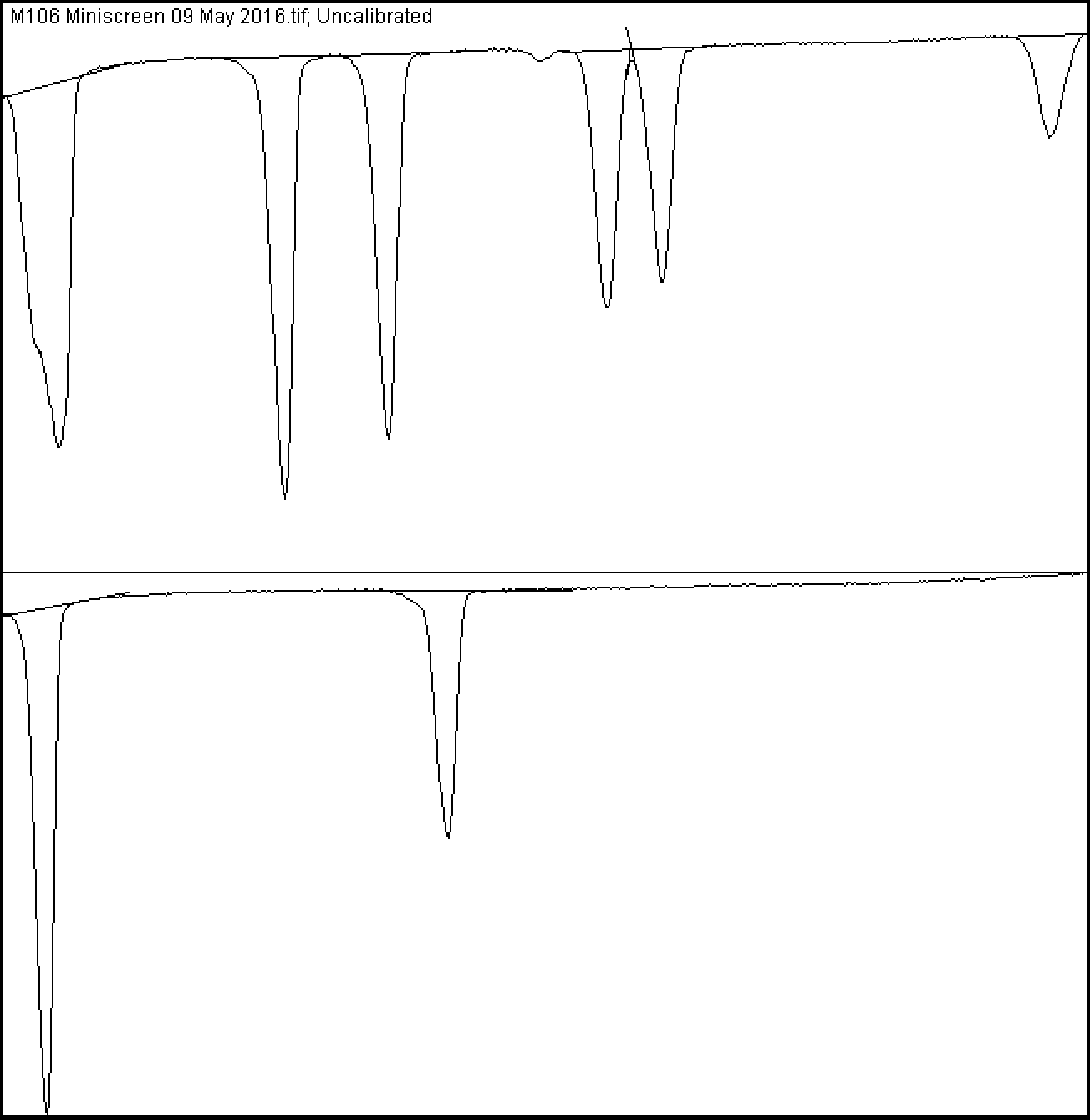 I've done it somewhat haphazardly here, but you get the idea. Now, using the wand tool, click inside each peak and ImageJ will tabulate the integrated intensity of each. Shown below are the intensities of the marker bands (with the top band being Band 1) as well as their masses (which are known):

Take this data into Excel (or similar) and plot intensity as a function of mass. Band 1 looks like it is outside the linear range and is underestimating the mass. This was actually expected since, if you look closely at the band in the gel image, there are red pixels indicating that it is oversaturated. Ignore this band and perform a linear regression on the rest. 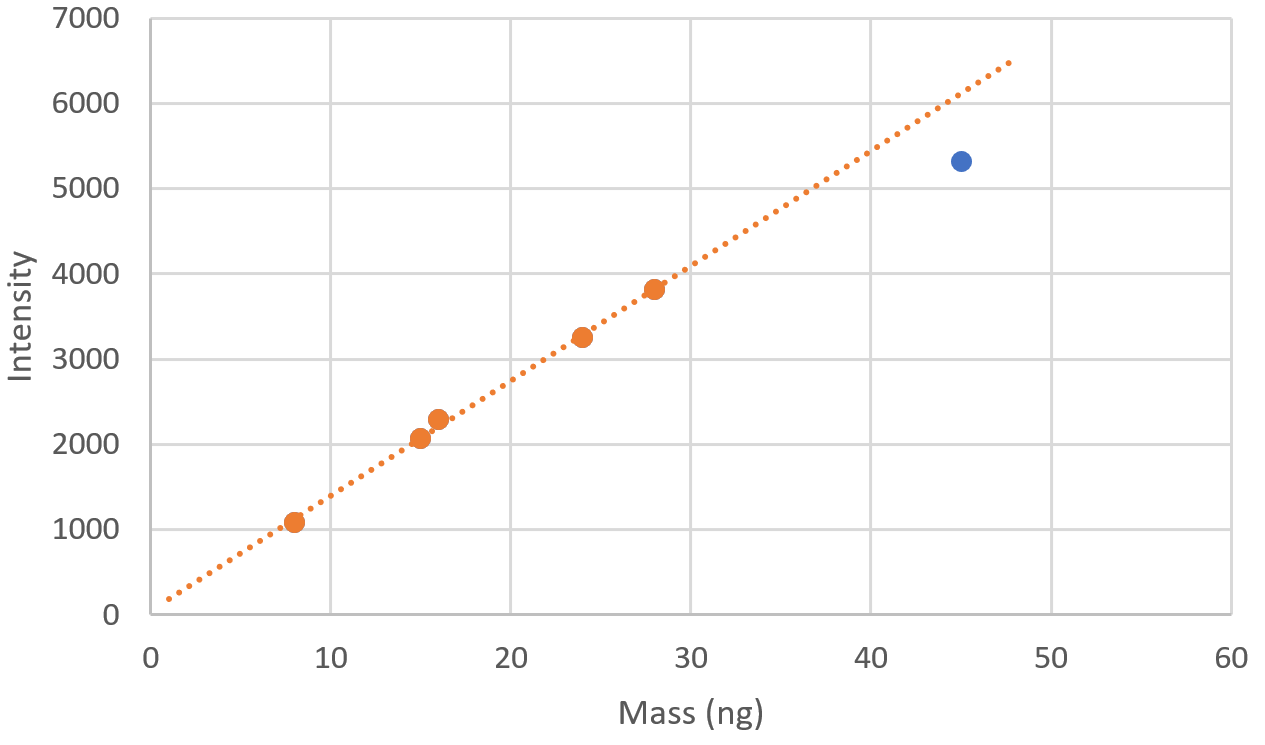 Not the answer you're looking for? Browse other questions tagged molecular-biology dna lab-techniques lab-reagents or ask your own question.

6
Can concentration of a protein be determined from a gel quantitatively (rough estimation)?

4
Is DNA green viewer carcinogenic?
3
How to measure quality and quantity of DNA?
2
Why do many DNA solutions contain additional compounds?
0
Improving DNA quality and yield from stool samples
0
Lab technique to distinguish between single stranded and double stranded DNA?
5
How standardized is lab-grade skim milk?