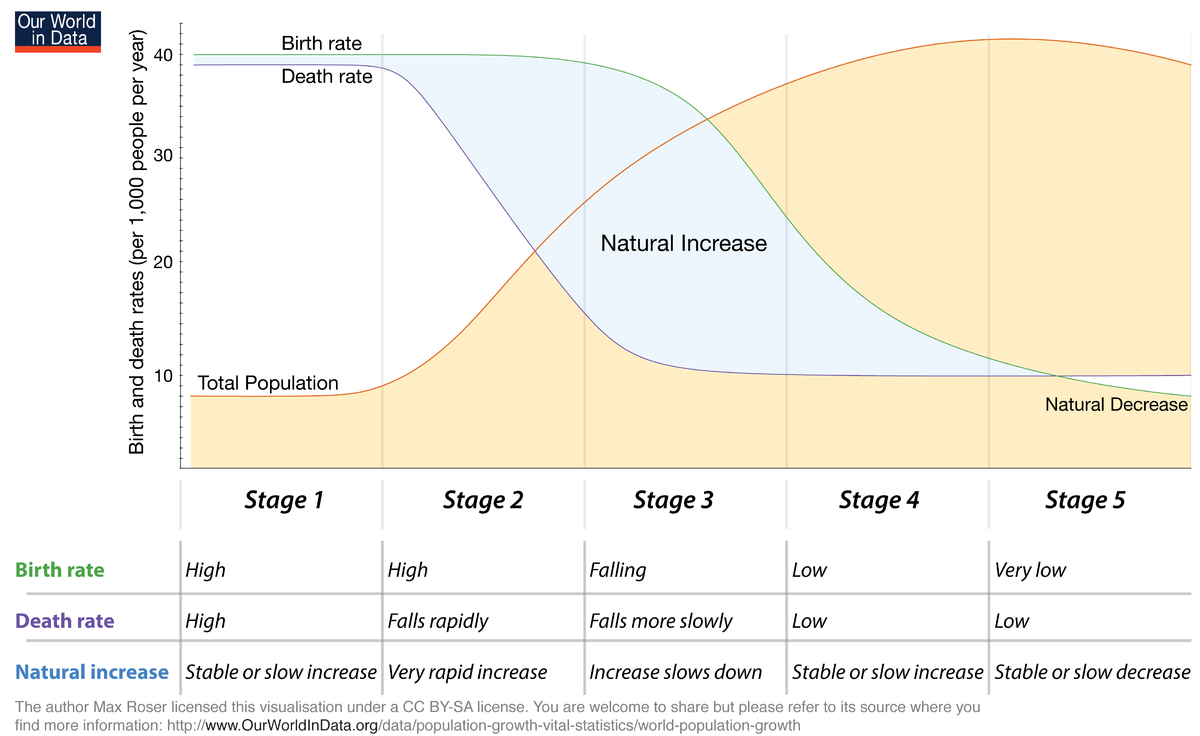 A population transitions from stage 3 to stage 4 when the fertility rate reaches the population replacement level of 2.1.

My question is that if the population replacement level reached, shouldn't the net growth rate be zero? i.e., birth rate = death rate? But in the figure, in stage 4, birth rate > death rate and there is still a population increase.

How is this so?

The transition to stationary populations is between stage 4 to stage 5 in all exemples of the DT model that I've seen. Not between stage 3 and 4. This is also what is being implied in the figure that you've included. In your link they also write:

Countries like India in the third phase of demographic transition have fertility rates that have declined significantly from previously high levels but have not reached the population-stabilizing "replacement level" of 2.1 children per woman.

This is not saying that countries reach the replacement level 2.1 at the end of stage 3.

The same stages are also described at the Wikipedia page on DT and at populationeducation.org.

So you are correct; at replacement levels, populations shouldn't increase and the net growth should be zero.

Not the answer you're looking for? Browse other questions tagged ecology population-dynamics population-biology demography or ask your own question.

4
Does finite rate of increase depend on mortality of individuals in a population?
15
Vaccination and population dynamics of an epidemic
8
How to define “Quasifixation” in continuous approximation of finite population?
10
Why are the fertility rates of large predators kept low?
3
Calculation of Malthusian fertility and mortality from birth and death rates
5
How can I measure bee and wasp population?
1
How can a species switch from r to K - reproductive strategy in a single generation?
5
What is the biology behind human population dynamics?
1
Spread of a benign virus in a population over time
3
How do I determine this logistic growth model formula?