Prologue: This post is about the adult (say, a 20 year old) human skeleton; I'm not particularly interested in infant skeletons.

The human spine has is composed of cervical, thoracic, lumbar, sacral and coccygeal vertebrae 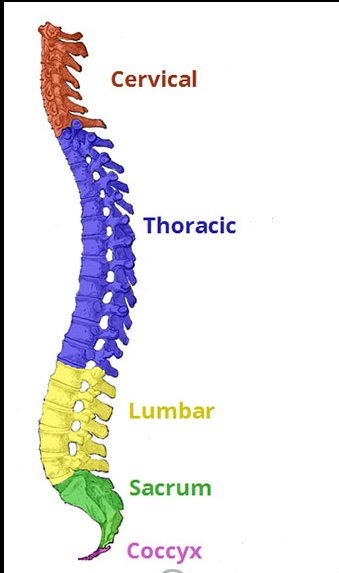 My school textbook (which has a history of possessing erroneous/outdated information) states:

The coccyx consists of 4 coccygeal vertebrae that are fused to become a single bone.

However, this Wikipedia article states:

Most anatomy books incorrectly state that the coccyx is normally fused in adults. In fact it has been shown that the coccyx may consist of up to five separate bony segments, the most common configuration being two or three segments.

This other Wiki article appears to be particularly contentious:

A fully grown adult features 30 bones in the spine, whereas a child can have 33.

I understand that there is little to no variation in the number of cervical, thoracic and lumbar vertebrae among humans, so they altogether constitute $\mathrm{7+12+5 = 24}$ vertebrae/bones (in this case, I believe "vertebrae" and "bones" are synonymous).

Assuming that the sacrum really is one fused bone (my question's regarding the coccyx, so I'm not going to question the anatomy of the sacrum in this post) consisting of five vertebrae (I think there's a bone-vertebra distinction here, so they aren't the same thing)

According to the Wikipedia article I cited above (the second one), the adult human spine has 30 bones.

This is horribly contradictory.

If the finer points of my question was lost, I'll restate them here:

1) Is the coccyx a single bone or multiple bones?

2) How many bones are there in the adult human spine?

3) How many vertebrae are there in the adult human spine?

The wikipedia article links to two papers. The first article has data for 120 pain-free and 51 affected patients with data on the number of coccygeal segments in each. We can back-calculate a reasonable approximation of segment distributions from their percentages:

So 2 or 3 segments makes up almost 90% of the population. Given that only 7% of the subjects had single element coccyxes, I think it's safe to call the coccyx usually made of multiple elements.

Whether you refer to those multiple elements a single bone if largely a semantic argument. Since there is variation, it seems reasonable to call the collection 5 of variably fused terminal vertebrae the "coccyx".

As a practicing anatomist, I would say that there are 29 vertebrae, as in 29 vertebral elements (but you can't say 29 ossification centers, because each is made of multiple centers). These fuse into 24 free vertebrae, the sacrum (5 fused vertebrae) and one coccyx, which is variably fused.

answer yes, A bone is not a concrete definition and can be used to describe the number of elements or the number of contributing elements. Bone is more a definition of material than object. My favorite example is the fused mammalian jaw which can be one or two bones (two fused dentaries one mandible) or two bones (two fused dentaries). Even using the word elements can get confusing. Like many things in biology nature doesn't care about our attempts to define and categorize.

26 -35 depending on the individual and how you use the term.

this one is easy, 34-35 for most people. The variation is becasue not everyone develops all the coccyx vertebrae. Fused vertebrae are still counted as several individual vertebrae. This is why we have a seperate term for the fused element, the sacrum or attach the descriptor "fused". This comes up a lot in paleontology since animals change the number of vertebrae they have and how they are distributed as they evolve. Sauropods are particularly known for swapping vertebrae across segments.

2
How large is the variability in human bone thickness, and is "big boned" a real thing or not?
4
Are centrioles really absent in human neurons?
1
Why is the head/neck of the femur at that 120-150 degree angle?
2
Ligaments at the posterior superior iliac spine
0
Can the shoulder bones grow after the growth plates have fused?