What happens when I pop my ears?

What happens when my ears are popped?

I understand it increases the air inside there which makes my volume louder, what happens after that, do my ears gradually readjust back to the air pressure that they were before?

What causes ears to (need to) be pressurized/depressurized?

The outer ear canal ends at the eardrum, and beyond that is the middle ear. The middle ear is normally a closed chamber, but can be connected to the outside world by flexing the jaw or muscles related to. The flexing opens the Eustachian tube, which runs from the middle ear to the back of the nose and mouth. 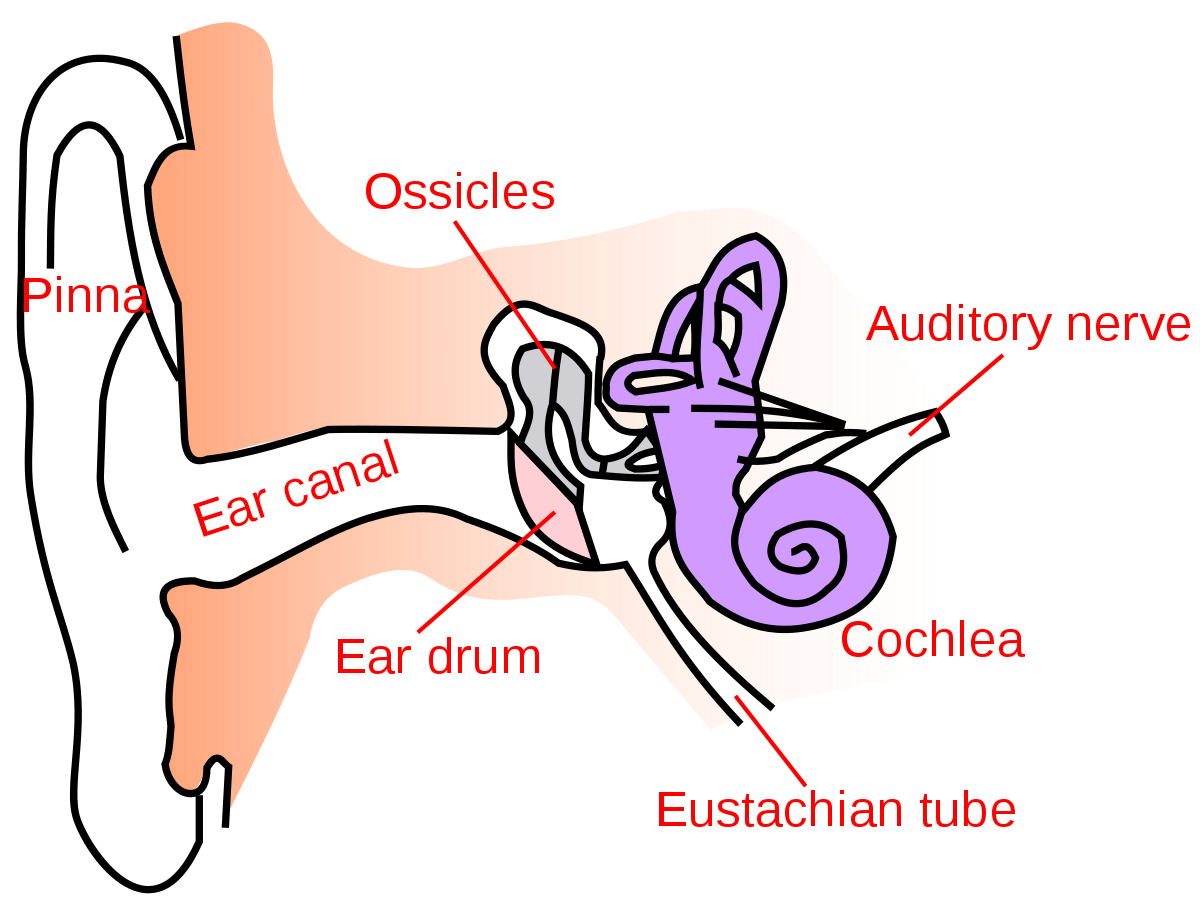 Hearing is best when the air pressure in the middle ear is the same as the pressure of the outside air. If it is different, the ear drum is forced to bend outwards or inwards depending on whether the pressure is higher or lower in the middle ear. In either case the ears senses less sound, and the volume is reduced more for some frequencies than others.

When you pop your ears, the Eustachian tubes open enough to allow your middle ears to equalize pressure with the outside world. This restores the ear drum to its normal position and your hearing returns to your normal, optimal state which is louder and more balanced than the previous condition. As time passes, your brain adapts to the new sound sensing state and you no longer notice any unusual loudness. The pressure in the middle ear doesn't change as your Eustachian tubes usually remain closed, and so the ear continues to hear well (as long as the outside air pressure remains little changed).

Not the answer you're looking for? Browse other questions tagged human-biology hearing human-ear or ask your own question.

5
Does prolonged exposure to low pitch but low volume noise affect hearing or stress?
6
Do our ears or brains gradually adapt to noise pollution?
4
What happens to the mold spores we inhale?
1
Ventricular Filling : Systole or Diastole?
0
How are we able to selectively inflate our cheeks?
2
What are the effects of oxygen toxicity in human blood?
6
Are there gaps in what our ears can hear?