Does octopus eye presents the equivalent of fovea in primates?

I'm working on a simple computational model of Primate eye: as we know, it presents a central part, the fovea, that is very rich of receptors in comparison with eye periphery. I'm wondering if other species eye, like octopus, present a similar structure: a central fovea. Thanks

Yes, they do have an area of densely packed receptors, although not point-like as the human fovea.

Talbot and Marshall (2011) performed a retinal topography analysis in three species of cephalopods: a cuttlefish, a squid and an octopus.

According to the authors:

It was found that all species possessed an increase in photoreceptor density in a horizontal streak approximately placed at the position of a potential horizon in the habitat.

Here is an image from the same paper: 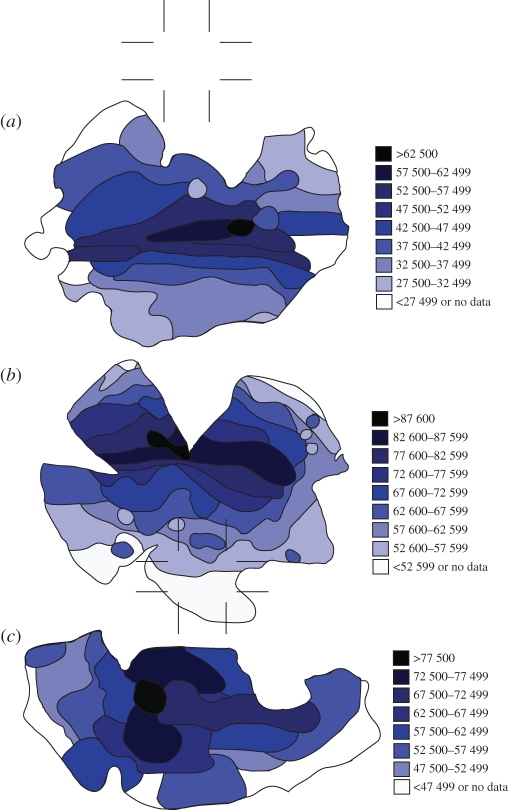 Not the answer you're looking for? Browse other questions tagged zoology human-eye visual-system or ask your own question.

3
Does human eye lens have a magnification of its own?
9
How many mega pixels does the eye have?
7
Why can't we feel pain when the eye lid touches the eye ball?
27
Does the octopus have an anus? What does it look like?
6
What are these tiny creatures swimming around my aquarium?
1
Does the Human Eye White Balance?
1
What is the smallest visual unit perceptible to the human eye, like a pixel? (esp. in visual static)