What's the difference between a simple and 1-foliolate (unifoliolate) leaf?

How is a 1-foliolate leaf (e.g., Hardenbergia) different from a simple leaf? 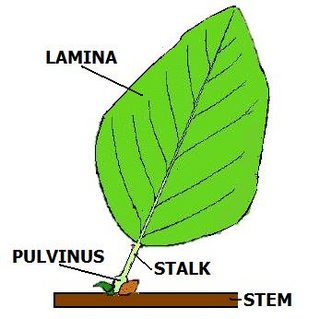 So from a strictly anatomical identification standpoint, this can be a bit confusing.

According to "Plant Identification Terminology: An Illustrated Glossary" (Harris & Harris, 2001):

Simple: Undivided, as a leaf blade which is not separated into leaflets.

Leaflet: A division of a compound leaf

So the definition of a compound leaf is to have "two or more distinct" leaflets.

one-foliolate (1-foliolate, unifoliolate): a compound leaf reduced to a single leaflet, usually recognized by the articulated or jointed ‘petiole’, which is in fact a petiole plus a petiolule.

Perhaps this is due to a deficiency in terminology, as discussed (and corrected) by Jiménez-Saa 2011.

But, again Harris & Harris (2001) hint toward how this might arise [emphasis mine]:

Unifoliolate: a leaf theoretically compound, though only expressing as a single leaflet and appearing simple.

So there is still a fundamental difference between the two.

Structurally, we can see the difference at the basal joint of the foliar structure:

Simple or unifoliolate: The leaf is undivided...with (unifoliolate) or without (simple) an articulation between the leaf lamina and leaf stalk. [source]

Unifoliolate leaf is usually recognized from a simple leaf by the presence of a distinct joint or a pulvinus at the lamina-petiole junction, which is in fact a petiole plus a petiolule.

Note: a discussion about the developmental evolution of unifoliolate characteristics in Cercis canadensis is discussed here.

Not the answer you're looking for? Browse other questions tagged botany terminology plant-anatomy morphology or ask your own question.

3
Why do the sick and unhealthy trees leaf out first in spring?
5
What determines the autumn leaf color?
2
Relationship between leaf structure and Photosynthesis rate
1
What is the leaf venation of a scuppernong vine leaf?
1
What are the main differences between tubers and taproots?
13
Using anatomical terms for human organs and parts of plants
6
What's the difference between morphospace expansion and packing?
0
What's the difference between reaction norms and phenotypic plasticity?