Why does a frog's oxygen intake through the skin and lungs vary throughout the year? 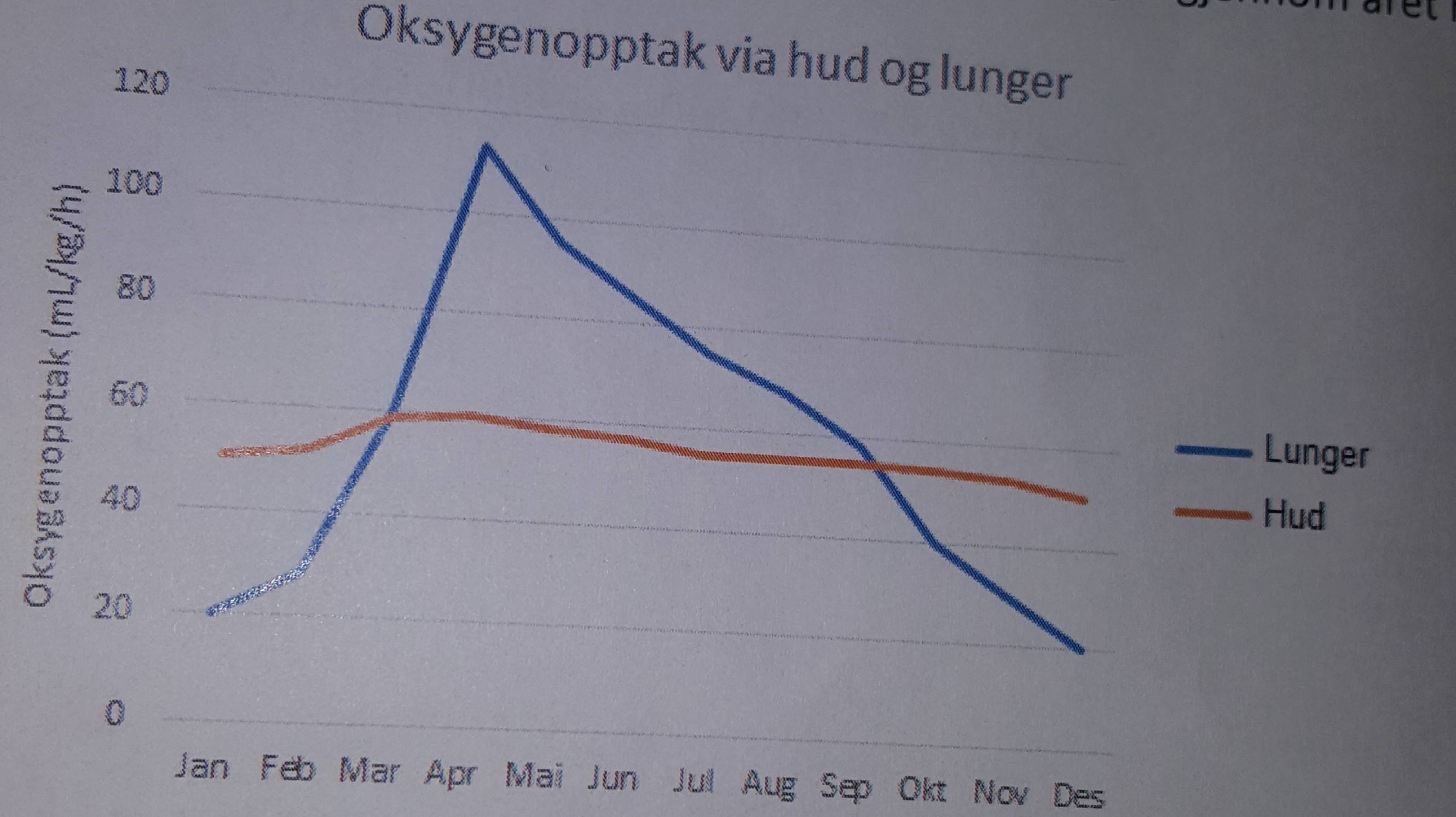 Cutaneous respiration is based, as every type of respiration, on diffusion of gases from a higher concentration (in water or air) to a lower one (in capillaries).

In general, the rate of diffusion between two regions is governed by a relationship known as Fick’s Law of Diffusion:

As you can see, the rate of diffusion R can be increased:

In cutaneous respiration, nr.2 is not really an option; yes, capillaries can be optimised to bring blood rich in carbon dioxide and poor in oxygen really close to skin surface (which brings us to nr.3), but it's a lot less efficient than, for instance, lungs that can exhale air filled with carbon dioxide and replace it with fresh air. While the intake of oxygen of the skin remains more or less the same even with different metabolic demand, lungs can quickly adjust the breathing rate depending on the metabolic demand of the moment.

So, the answer to the question

is that skin cannot regulate its gas exchange rate, while lungs can. This brings us to your first question:

Why does a frogs oxygen intake through the skin and lungs vary throughout the year?

The answer lies in the biological cycle of the frog throughout the year: during cold months, frogs hibernate. In winter, frogs slow dramatically their metabolism and they don't need so much oxygen; thus, in this season they are able to rely only on cutaneous respiration. In other seasons they are active, and they have to breathe actively through their lungs to supply their blood with the necessary quantity of oxygen.

Another factor contributing to these results may be that some of the most of the most common species of frogs such as the leopard frog(Rana pipiens) and the American bullfrog (Rana catesbeiana) both hibernate.

Not the answer you're looking for? Browse other questions tagged zoology natural-selection development or ask your own question.

8
The evolution of dogs through domestication and artificial selection
4
Does sleep duration vary for animals based on time of the year?
10
Why does cucumber skin kill ants?
3
How much do crocodiles eat?
2
Does the amplitude of action potentials vary among species?
8
Is there a purpose for nucleated red blood cells in reptile, avian and fish blood?