Are new blood vessels able to deliver oxygen to hypoxic tissue before the establishment of blood circulation?

Sprouting angiogenesis - the growth of new blood vessels from a preexisting vasculature - can be triggered by cells in hypoxia in order to re-stablish the oxygen and nutrients supply to the tissue.

The formation of a new vessel is a multistep process starting by the activation of the Endothelial Tip Cell (ETC) phenotype that migrates through the tissue guided by chemotactic cues, such as the Vascular Endothelial Growth Factor (VEGF) concentration. The cells near to the ETC gain the Endothelial Stalk Cell (ESC) phenotype and start to follow the ETC and proliferate in order to form the new branch.

The Endothelial Cells (ECs) re-arrange in the new branch, forming the lumen. Thus Smooth Muscle Cells (SMC) and pericytes are recruited to maturate the new vessel. Consequently the vessel is filled with blood from the main branch.

My question is: when does the new vessel starts to deliver oxygen to the surrounding tissue? Can it occurs before the anastomosis formation where the circulation is stablished, even for a short period of time due to the plasma that filled the new branch? (See the following picture where they represent the cells near to the new branch with a high concentration of oxygen even without anastomosis/blood circulation) 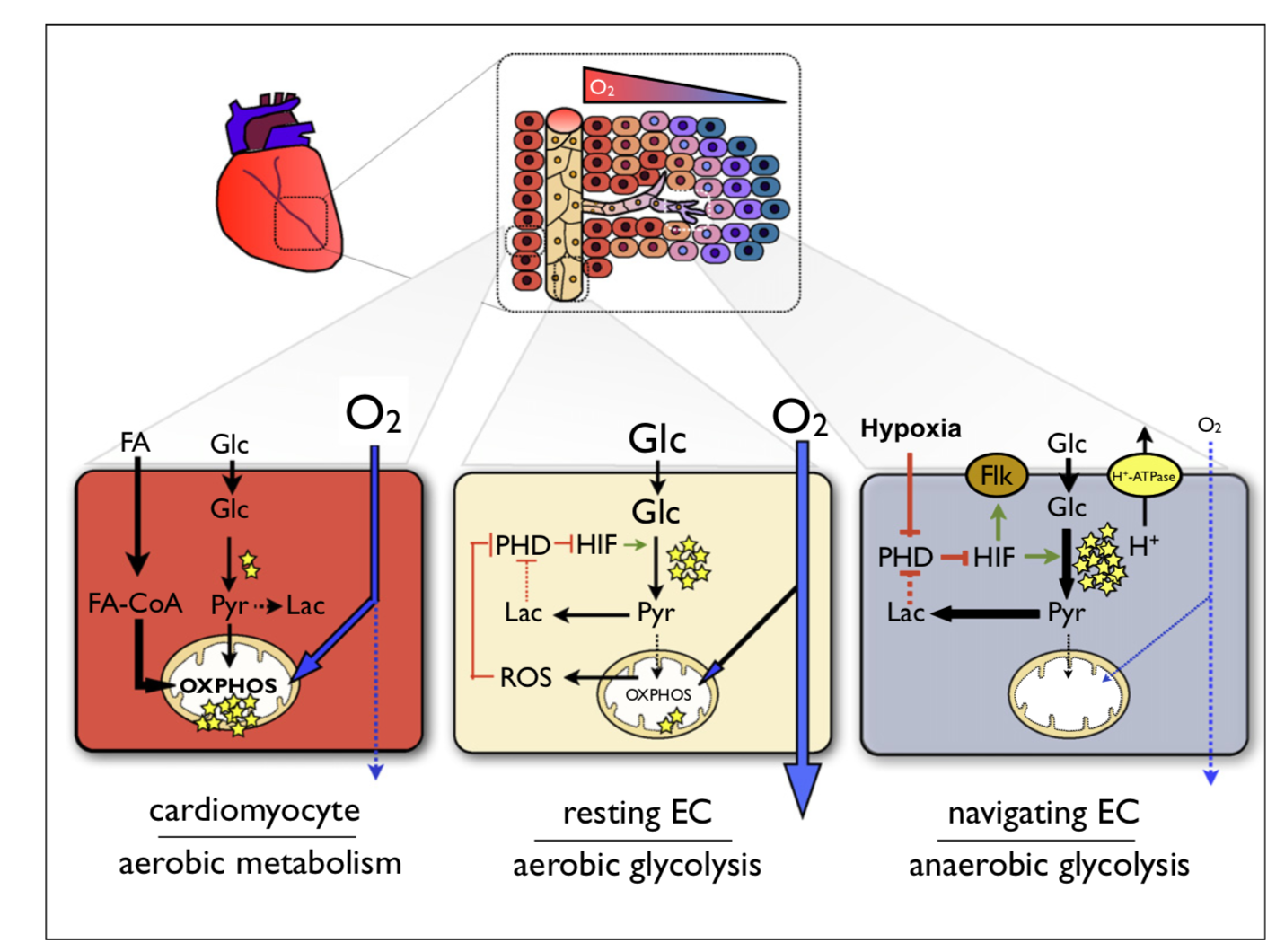 It is true that for long-term oxygen delivery the new vasculature must establish circulation. However, when the new vessels are starting to maturate they are filled with blood coming from the main vessel, which carries oxygen.

Since the endothelial cells of the new vessel derive most of their energy anaerobically through glycolysis (Quintero et al, 2006; Dagher et al, 2001; Krutzfeldt et al, 1990; Peter Fraisl et al, 2009), a metabolic mechanism activated in critical microenvironments like hypoxic tissue (DeBerardinis et al, 2008), the oxygen in the lumen is free to be immediately delivered to the tissue.

Thus it is fair to assume that at least for a short period of time the cells near to the new vessel are being oxygenated.