Peach pits with two seeds: Are the seeds identical twins?

I have Prunus persica peach pits that have two seeds.

My question is simple:

Do the seeds have the same DNA? (are they identical twins?) 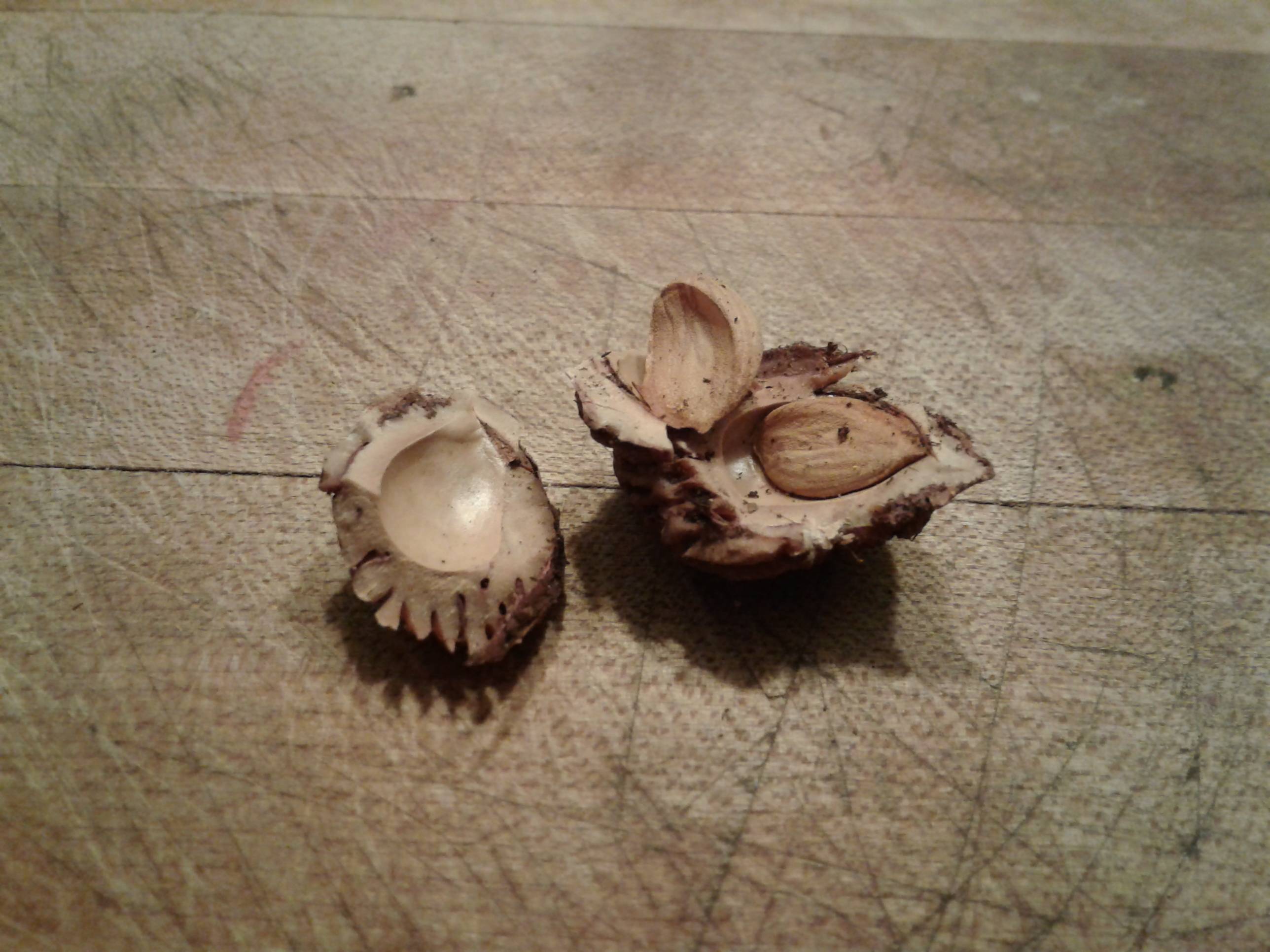 Polyembryony occurs when a single fertilized egg produces more than 1 embryo. This is the process that produces genetically identical twins.

Although polyembryony is common in some plants, I found limited information about polyembryony in peaches. I decided to broaden my search into drupes more generally. Drupes or "stone fruits" are the fruits with a fleshy outside (exocarp and mesocarp) and a hard inner shell (endocarp) around typically a single seed. Peaches are part of this category, as are almonds (the almond itself is the inner seed), cherries, and coffee.

The best citations I found reach back into history a bit.

Cases of the first class of false polyembryony commonly occur in such drupes as almonds, plums and peaches. Although these drupes normally have a single seed within the hard seed-like endocarp, sometimes two or even three are found. ' During formation, each of the plural seeds develops from a separate ovule, provided with a separate funiculus and micropyle. Similar cases of such false polyembryony have recently been reported in Coffea (63) and Sandoricum (47, 49).

This passage would suggest that most likely what you are observing is false polyembryony. Immediately prior to this passage, the "first class" refers to:

as contrasted with the second type:

occasionally two of the developing ovules unite to form what appears to be a single composite ovule.

Another source, Zdruikovskaya-Rikhter, A. I. (1970). The phenomenon of polyembryony in the peach. Tr. Nikitsk. botan. sad, 46, 173-177. is in Russian and only available to me in abstract form in English. The abstract reads:

In a number of varieties, two and sometimes three megaspores were functional, giving rise to several embryo sacs. On fertilization, embryos develop in these, causing the phenomenon of pseudopolyembryony.

Therefore this source seems to agree with the first.

However, a more recent paper Martínez-Gómez, P., & Gradziel, T. M. (2003). Sexual polyembryony in almond. Sexual plant reproduction, 16(3), 135-139., focused on almonds, suggests that certain almond cultivars are prone to true polyembryony, though it seems like the additional seeds are often a bit stunted and have high mortality. They also reference a paper purporting to mention polyembryony in peach, Toyama, T. K. (1974). Haploidy in peach. HortScience, 9, 187-188., though I cannot find this article in anything but Japanese - the title, however, suggests that these may be haploid polyembryos, which also occur with the almonds - these are indeed from division of the same embryo, but because they are haploid they would not actually be genetically identical, since each is taking half of the diploid chromosomes.

With only these limited descriptions to go by, which seem to be mostly observational rather than backed by any systematic study, I would hesitantly conclude that most likely what you are seeing is a fruit in which two separate ovules developed together, and therefore could be as genetically different as any two different peaches from the same tree. True polyembryos seem to be possible in stone fruits, but as a mostly rare occurrence that is only common in particular strains - when it does occur, it may be via haploidy, which means the seeds will still be genetically distinct.

Peach is self-pollinated. The actual characteristic part of the fruit that we eat is from maternal tissue but the seed inside the pit results from the sexual recombination that occurs following pollination and fertilization. Technically, I would not think it to be a “clone”. Even in the rare case when a double flower forms and when both pistils are viable and fertilized ovules result, the seed would have both maternal and paternal DNA and sexual recombination could expect to result in different progeny.

An interesting example of a seeded fruit where the seed are effective clones can occur with citrus and it is called “nucellar embryony”. These seeds are of maternal origin (nonzygotic) only and, if germinated, they will be clones of the mother.

Of course they are.

Not the answer you're looking for? Browse other questions tagged genetics botany twins or ask your own question.

2
What DNA does a self-fertile plant's seedling have?

0
Why is offspring of identical twins not identical?
4
Identical twins' biological sexes
2
How does the genetic material differ between dizygotic twins and ordinary siblings?
1
Plants that are siblings: How does this impact pollination?
0
What percentage of twins has the same gender
0
DNA of identical twins
0
Can twins that develop in separate sacs but share the same placenta be identical?