What Evidence Do We Have For the First Mammal?

Edited for a less broad question, I've retained my original question in the event anyone wants to try to answer it

According to evolution we should all share common ancestors, straight to the very first cell. I am trying to find evidence for these ancestors. So therefore as a start, what fossil evidence do we have for the first official mammal to roam the earth? What was the defining moment and change from whatever it was before to a mammal?

I'm just doing some research for my biology class and I was wondering what evidence we have for the elusive "change of kinds" question? And for clarification, I define kinds as the branches of life (essentially birds, reptiles, mammals, amphibians, fish, etc etc). Do we have evidence for the common ancestors that link the vastly different species we have? Because obviously a human, tortoise, jellyfish, and say tarantula are vastly different, each their own distinct "kind", but according to evolution there should be common ancestors and many distinct species leading up to them. We all came from one thing. Man and primates came from one thing. Mammals came from one thing. Where do we get that distinct change of a kind, from say a fish to mammal?

There should theoretically be tens of thousands of in between links and species that were what led to everything today, correct? Therefore, we should have mountains of fossil evidence to support it, yet from what I've researched I've found very lacking evidence and generally just see posts insulting creationists and skimping the question. So by asking the question myself hopefully I'll get a legitimate and clear answer that is the truth.

Obviously, it's impossible to point to "the" earliest mammal; dividing lines are pretty much arbitrary. However, a reasonable representative of a very early mammal or very late mammaliaform is Arboroharamiya jenkinsi, described in A new arboreal haramiyid shows the diversity of crown mammals in the Jurassic period, from roughly 155-160 million years ago. That shows a number of fossils, including this quite nice one: 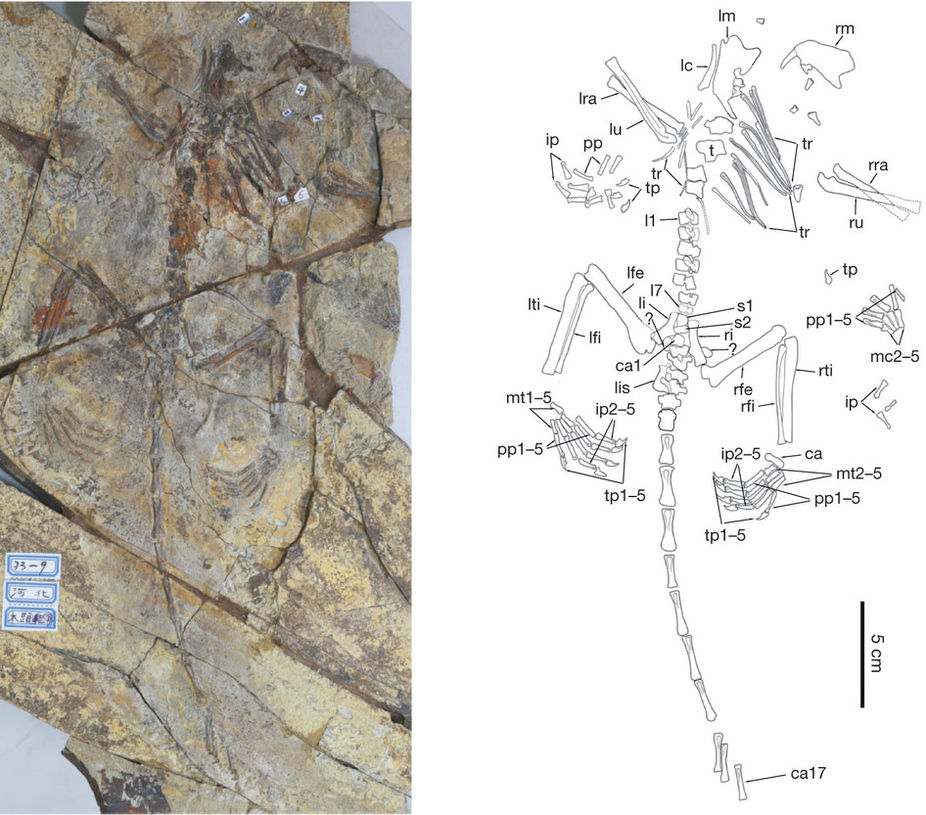 The supplementary information shows some cranial features, including this: 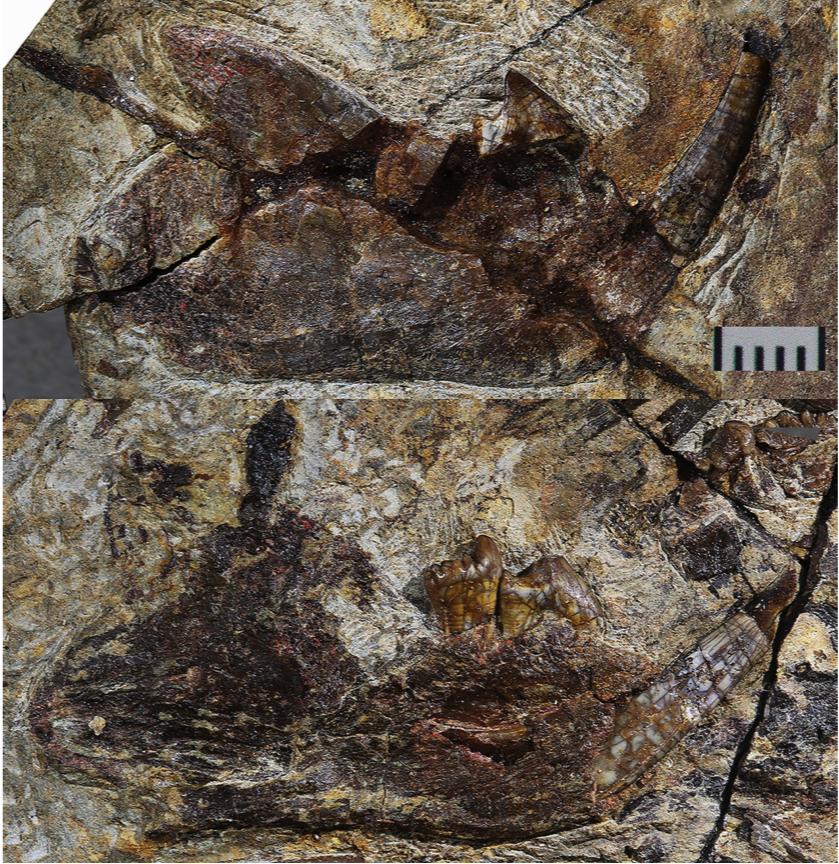 A related species from roughly the same time period, Haramiyavia clemmenseni, had CT scanning done on this fossil mandible: 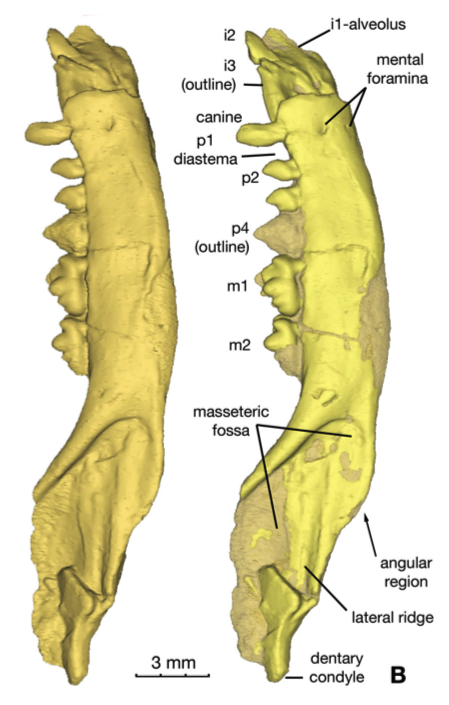 Similarly, the euharamiyidans were either very early mammals or very mammal-like cynodonts, which are known from a number of quite nice fossils including these three (described in Three new Jurassic euharamiyidan species reinforce early divergence of mammals): 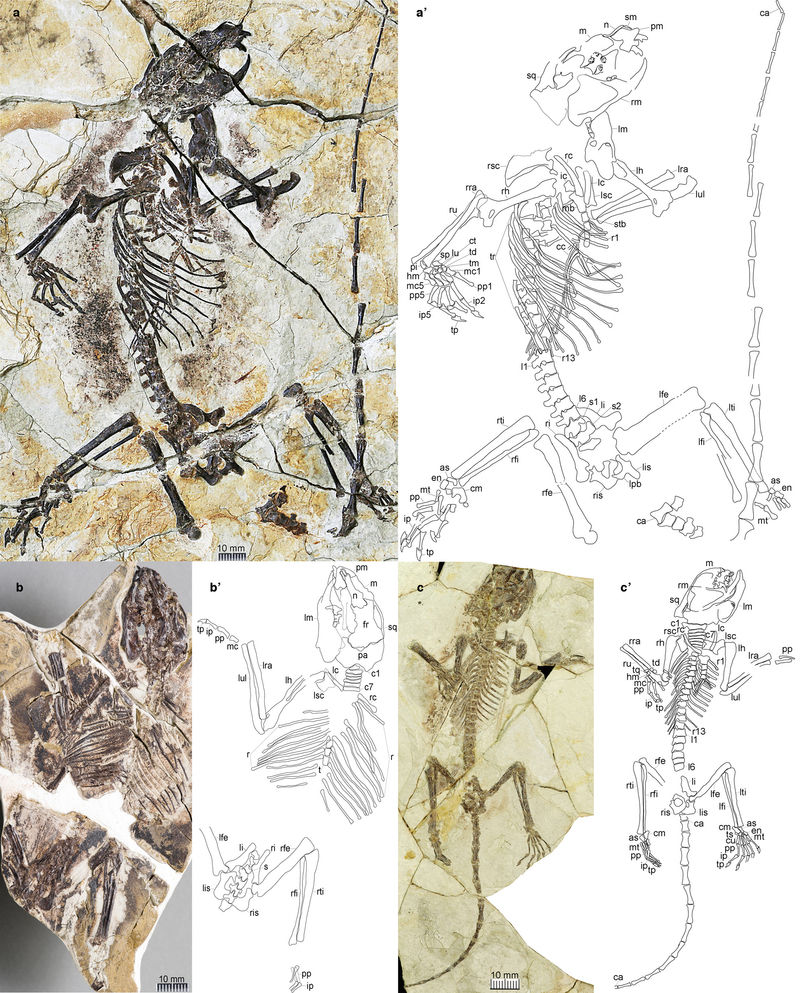 It is a mistake to think that there was ever a "first" mammal. There were only animals that were more mammal-like or less mammal-like. To ask what was the first mammal is like asking who was the first tall person. What is "tall"? "Mammal-ness" is on a continuous spectrum just as "tallness" is. All we can do is acknowledge transitional forms like those mentioned by @iayork.

2
Cats, Dogs and Bears - how are they related?
4
The pectoral fins of a whale and a shark. Are they analogous organs?
2
Reverse evolution to gain back lost traits
1
About embryonic and genetic evidence of evolution?
0
How does evolution explain the apparation of different group like: mammals, insects etc
4
Were there any vertebrates with 6 or more limbs?