Is the human lifespan still expanding?

200 years ago, the human lifespan was roughly 35 to 40 years long. And it has doubled in length since then.

Will the human lifespan continue to expand in length?

You will find here on the UN World Population Prospects plenty of data and visualization about change in life expectancy over time (among other things). The data also include predictions until year 2100.

For example, here is the life expectancy data and predictions over time for men in Morocco. 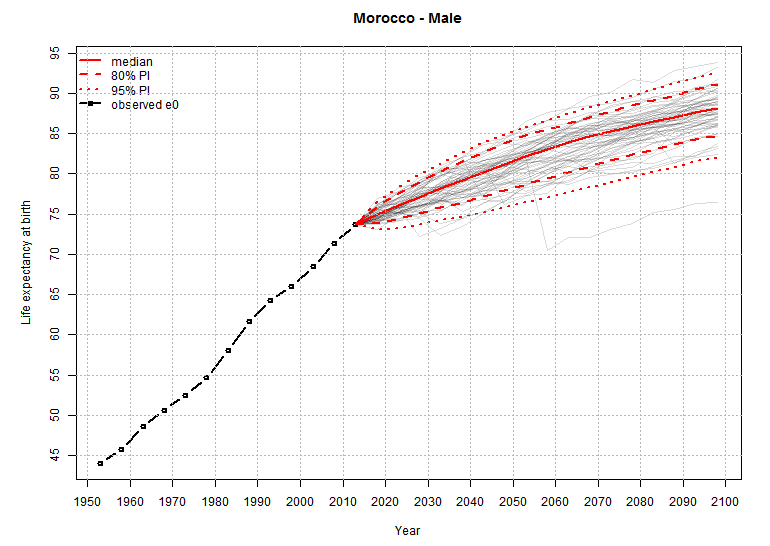 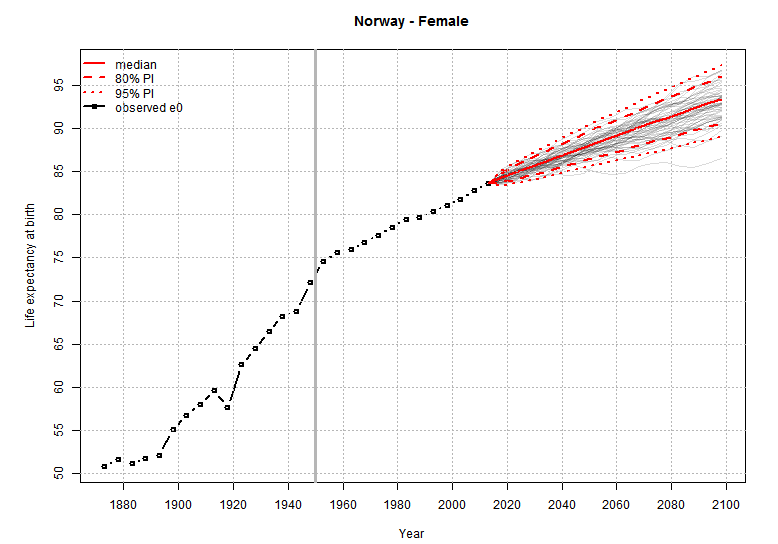 I picked two random countries but the general trend is very consistent among countries.

Is the human lifespan still expanding?

Yes, life expectancy is still increasing in pretty much all countries and is expected to keep increasing.

If you mean to ask whether or not humans will be able to continue increasing their life expectancy without an upper bound, the answer is no. If you're asking if people live longer now than in the past and whether we can expect to see further increases, I'd guess that the answer is yes for most of the developed world, with the exception of the United States. The same is probably true for most of the developing world; it would definitely be true in the developing world if western corporations started paying them fairly for their labor or resources, but that's getting into an answer for a different stack exchange website.

I suppose I should qualify the "no" to unbounded life expectancy, because it could come down to definitions of alive. I don't think that it is outside the realm of possibility for science to provide techniques to artificially extend life; if we can start growing organs in labs, we might be able to just go change out our heart or kidneys much like we take our cars to have the tires changed. If you could figure out a way to take care of the circulatory / nervous system, too, who knows? As it stands, though, our cells have an upper limit on the number of times that they can reproduce because we don't have enough telomerase in somatic cells to prevent the eventual shortening of telomeres (special sequence of base pairs located at the ends of DNA molecules) to the point where they no longer protect the DNA during replication and the cell eventually dies as a consequence. Hell, if we could just figure out how to take care of that we could probably chalk on some extra time - then we can see which system would be next to fail and take us out.

Not the answer you're looking for? Browse other questions tagged human-biology lifespan or ask your own question.

43
Why do ants live so long?
6
Evolution of umbilical cord and reason of its elongation
23
What's the smallest size a human eye can see?
6
Relationship between lifespan and reproductive age?
0
Why is cognitive maturity related to organism lifespan in larger animals and mammals?