What species is this "talking" bird?

This YouTube video shows a bird which appears to repeat some sounds (not speech though) after a human. Here're some cropped screenshots from the video: 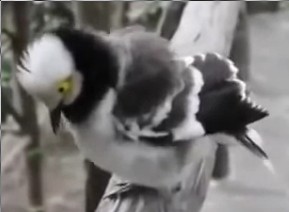 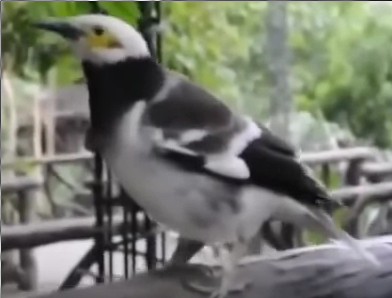 What species is this bird? Can it actually mimic human speech, or are these sounds in the video its natural sounds?

It is a black-collared starling (Gracupica nigricollis).

According to the title of this other video, which is the same footage uploaded by another user and could be the original one, it has been recorded in Thailand, where the black-collared starling is common.

Also, from the same Wikipedia page:

In Thailand the collared starling is sometimes kept in captivity and taught to speak.

9
What is this crow eating, and is it a common part of the corvid diet?
15
What kind of bird species is this?
2
How do birds learn their tunes in isolation from their own species?
4
Do Asian koel males communicate through calls?
3
What is this bird of prey?
6
Is this a hawk, or an eagle?
6
Do birds grieve and feel emotion?