Parallel DNA double-helices with Watson–Crick base-pairing: Why do they not occur? [duplicate]

I know that parallel DNA helices exist and are governed by Hoogsten base pairing, but why can’t they be possible with Watson-Crick pairing? In the diagram below, if we were to flip one of the strands while keeping the other the same, it appears as though hydrogen bonding is still possible.

The only specific suggestions that I could find was because of the DNA replication process and the negative polarity of hydoxyl group on the phosphates. Moreover, after flipping one strand, the DNA nucleotides form enantiomers. Are these possible reasons, or are there others? 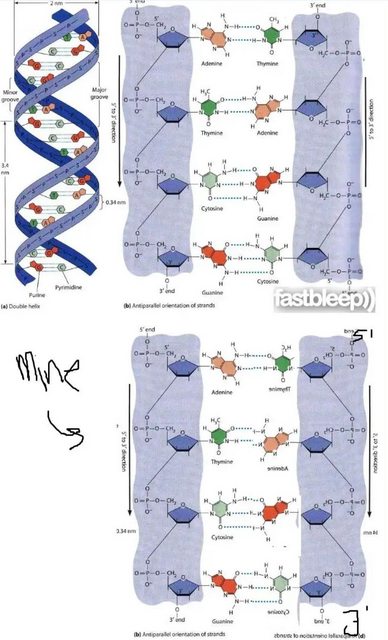 No. The explanation can have nothing to do with DNA replication. If the structure does not exist, you can’t replicate it, if it does, Nature will evolve a mechanism. (The related SE question, mentioned by @Gilleain, asked whether it could still replicate if it were parallel, i.e. using the enzymes that have evolved for parallel DNA.)

Let us clarify this first. Perhaps the most extensive parallel duplex DNA, the structure of which has been determined, is that described by Parvathy et al.. The two parallel strands of this are shown below:

The following points should be noted:

(You can inspect this structure in three-dimensions here. Choose ‘Licorice’ style and colour ‘by chain’ and notice the non-planarity of the three base ‘pairs’ at each end.)

“In the diagram if we were to flip one of the strands while keeping the other same, hydrogen bonding is still possible”

So how would one do that? One must consider the free energy of alternative structures in the relevant millieu to determine which will occur (i.e. be more thermodynamically stable).

And the answer to the question?

It seems unlikely that one single factor is responsible or it would have been pointed out in elementary text books such as Berg et al..

To answer would require a complete theoretical analysis of the structure or structures. First one would have to build a model of a proposed parallel structure that could accommodate Watson–Crick base pairs. This in itself is a problem because there are likely to be many alternative structures. Perhaps there are computer programs that can find the structure with the lowest energy. This would be calculated in the classic manner, calculating the positive contribution of hydrogen bonding (which depends on distance and angle), ionic interaction etc.* against the negative contribution of charge and steric repulsions.

*Etc? The two-dimensional diagram fails to consider the contribution of base stacking (how could it?), which contributes to a considerable extent to the stability of nucleic acid helices, as the original cover design of Stryer’s Biochemistry is a constant reminder: 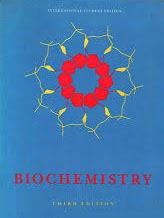 18
why is DNA antiparallel? Can it be parallel?
6
Are there functional examples of parallel DNA double helices?

0
The Semi-Conservative Model of DNA Replication: Question
0
“Prime” structure of DNA Double Helix: Confusion
2
How many Watson-Crick + Hoogsteen triple base pair combinations are there?
9
Stability of DNA double helix conferred by base stacking
0
Why is there complementary base pairing for DNA?
6
Are there functional examples of parallel DNA double helices?
0
Why are there 10 base pair steps, not 16?