Would current-day human-initiated panspermia be effective?

With current technology, we are able to easily send a probe to the Alpha Centauri star system at a speed of about 20 km/s (velocity of voyager probe), which means it would take about 65000 years to get there. 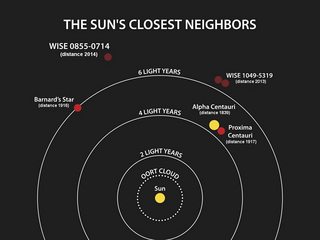 In light of this, suppose we sent a probe capable of delivering 100g of biological material to an Earth-like planet in α-Centauri.

Are there organisms that:

1) Could survive the journey, perhaps frozen or in a dormant state;

2) Would have a fair probability of surviving in the barren oceans (or land if preferred);

3) Eventually have a change of evolving to more complex lifeforms?

If possible, give a rough estimate of how likely you think that would be -- would we need to send 10 probes for a good chance, or billions of probes?

The lifeless environment seems to necessitate either photosynthesis or chemosynthesis to survive. But what about the necessary food (organic matter)? Would any of those restriction make it virtually impossible to achieve long term life with current goals?

Okay, there are technically four questions here, but I'm willing to have a stab anyway.

[Are there organisms that c]ould survive [65,000 years], perhaps frozen or in a dormant state;

Probably/possibly (prossibly?). There are claims of the recovery of viable bacteria from samples that have been frozen for millions of years, and viable green algae have been growth from permafrost samples at least 5,000-7,000 years old. Dormant bacteria have also been reportedly recovered from 25-40 million year-old amber and salt crystals formed 250 million years ago. Several of these results are controversial, since in some cases the organisms's genomes are suspiciously modern, and it's not clear whether they could represent sample contamination, but confidence in several of the ones in the range of 10-100,000 years seems to be fairly high (for example, this Carnobacterium recovered from 32,000-year-old permafrost . Using freezing methods optimised for viability, it should be possible to achieve better viability levels than occur naturally (but you'd have to test your samples after 65,000 years to make sure!).

It's also (with a fairly high degree of confidence) probably possible to create micro-environments containing viable bacterial communities that can survive for thousands of years without light or nutrients, but this looks like it would require liquid water, and the maximum lifespan of most radioisotope thermal generators (RTGs), which would be the lowest-maintenance form of heat generation, is only a few thousand years (I am not a physicist though - you might want to post this on Space.SE).

Yes, if you have liquid water and CO2. If you don't, you might need to engineer something. There are various currently-available technologies for inferring the atmosphere of exoplanets.

I'd recommend sending as many species as possible to encourage the formation of a complex ecosystem (and increasing the chance that one of them survives!). The gypsum-crystal samples mentioned above contained around 40 strains of bacteria plus several viruses, so that's a start. Maybe try freeze-thawing that first. Happily (pretty much by definition) any crystals proven to contain bacteria are water-soluble, so if the planet has an ocean of water then they'll eventually dissolve, releasing their (hopefully) highly invasive payload.

[Are there organisms that would e]ventually have a change of evolving to more complex lifeforms?

This is the easiest one to answer: an unqualified yes. Any organism relying on error-prone information storage (so DNA, RNA, or pretty much anything else) is capable of evolution.

If possible, give a rough estimate of how likely you think that would be -- would we need to send 10 probes for a good chance, or billions of probes?

This is the problem. The reasons go rather beyond this SE (again, maybe try Space.SE) but literally any machine you can conceive based on anything more complex than chemistry or melting points is going to fail after 65,000 years in space. Forget computers, moving parts, rockets, etc. So how do you do it? You really want something that starts to melt as it approaches the other star and releases tens of thousands of packets, each containing copies of everything you're trying to seed the planet with and capable of surviving re-entry (for this, you should post another question on Space.SE - those guys are going to love you). Even so, I don't have the figures for this (again, Space.SE) but I have a very, very strong suspicion that since you're basically throwing darts at a pinhead millions of miles away you'd need to build a moon-based factory or something and fire synthetic comets/meteors containing your payload every few minutes for thousands of years. But since that's trivial compared to the travel time, and that in turn is miniscule compared to the time it'd take for the arrivals to evolve into anything worth visiting, I imagine that's fine. Launch early, launch often.

(I have posted a related question on Space.SE)

As for the number of probes we would need to send for this to have a statistically good chance of succeeding, I don't have any hard numbers for you, but I suspect even just one probe has a fairly good chance of working (ignoring possible issues with the spacecraft itself, spacecraft don't exactly have a great track record for longevity), and I think two probes would be sufficient.

Not the answer you're looking for? Browse other questions tagged evolution microbiology bacteriology astrobiology or ask your own question.

15
Has the human 7-day week had any impact on the evolution of species?
4
Would non-human carnivores be able to survive on farmed foods?
1
Current human behavior as a genetic heritage
8
How would constantly growing nails have aided early human?
1
Aren't current explanations for the evolution of human cooperation a little too reductionist?
1
How would a different solar day affect evolution?
16
For how long would a flu-contaminated parcel be an effective disease vector?