I encountered these structures on a beach in Hong Kong (the Ham Tin Wan beach in Sai Kung country park). There were many of these structures and I have photographed two of them in detail and attached a larger image which shows the extent to which these were spread on the beach.

It seems these were made by an animal of some sort. All these sand deposits were organised around a single hole in the ground which presumably is the animal's home or hide out. And all such structures had a clear "walking" path which was almost a straight line. These paths had no sand deposits in them.

Am I right in assuming that these structures were made by an animal? If so, then which animal makes them? And what is the purpose of the round(ish) deposits of sand around the main hole? Are they an obstacle for predators? 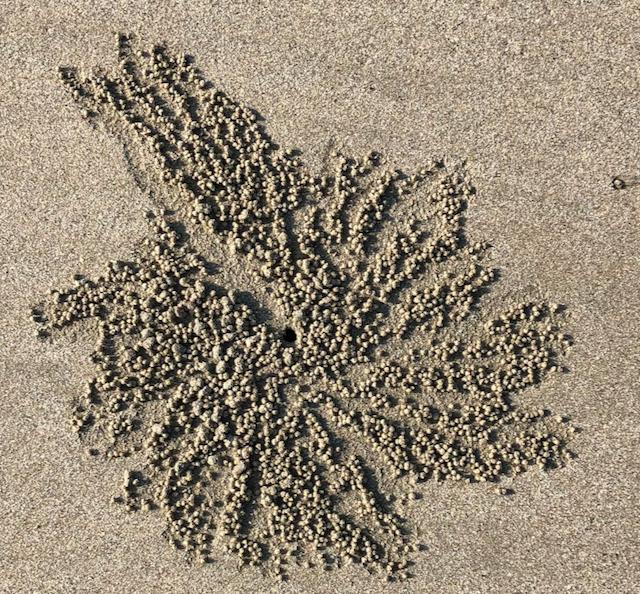 Image 1: A structure in detail 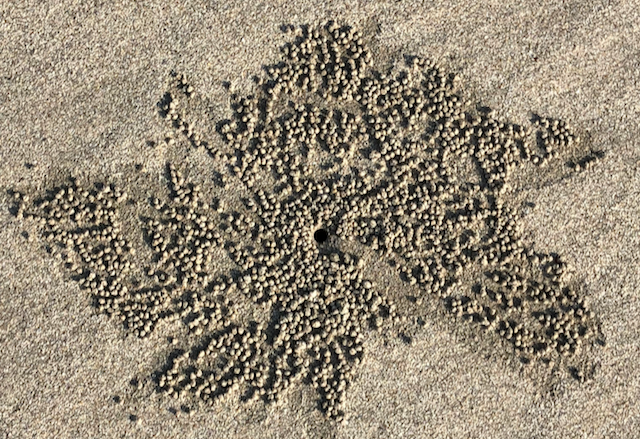 Image 2: Another structure in detail 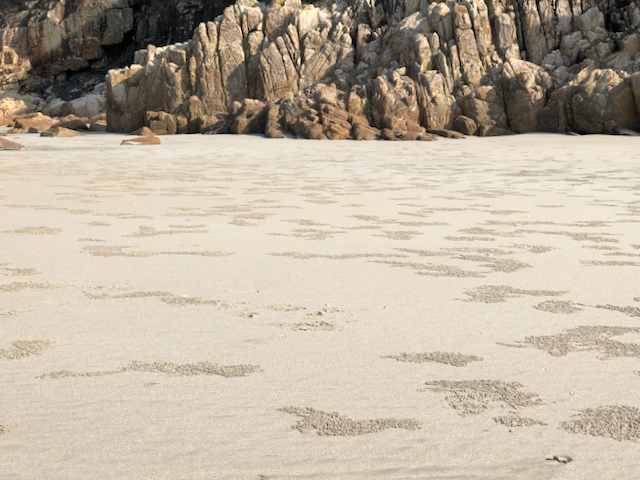 Sand bubbler crabs make those sand pellets. The formations are called sand ball flowers or sand ball galaxies. The purpose is that they scrape the surface of the sand to filter and consume microanimals; then form a little sand pellet and kick it off. 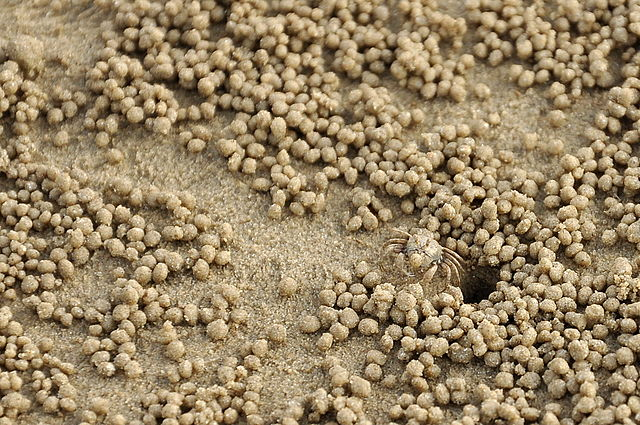 Sand bubbler crabs (or sand-bubblers) are crabs of the genera Scopimera and Dotilla in the family Dotillidae. They are small crabs that live on sandy beaches in the tropical Indo-Pacific. During the low tide, they form inflated sand pellets that are disintegrated by the incoming high tide. - Wikipedia

You can watch the video below that shows how they make it:

Not sure what exact species it is, but those definitely look like crab holes. They create the holes in the sand to get away from the heat and predators. They clean their homes by depositing unwanted ~sand around their door (the hole).

So yes, you're totally right in assuming those were made by an animal.

6
What makes an animal/species suitable for domestication/training?
3
What kind of animal can do this?
1
Which animal that lives in the forest makes this noise?
2
What are the animals in these pictures?
6
What are these tiny creatures swimming around my aquarium?
0
What are these little bugs?
4
What animal is this track from?