Trying to identify this praying mantis for a short film. It's found on the wild cosmos flower. It's found when the flower is in bloom at this time of year (February) in Harare, Zimbabwe. 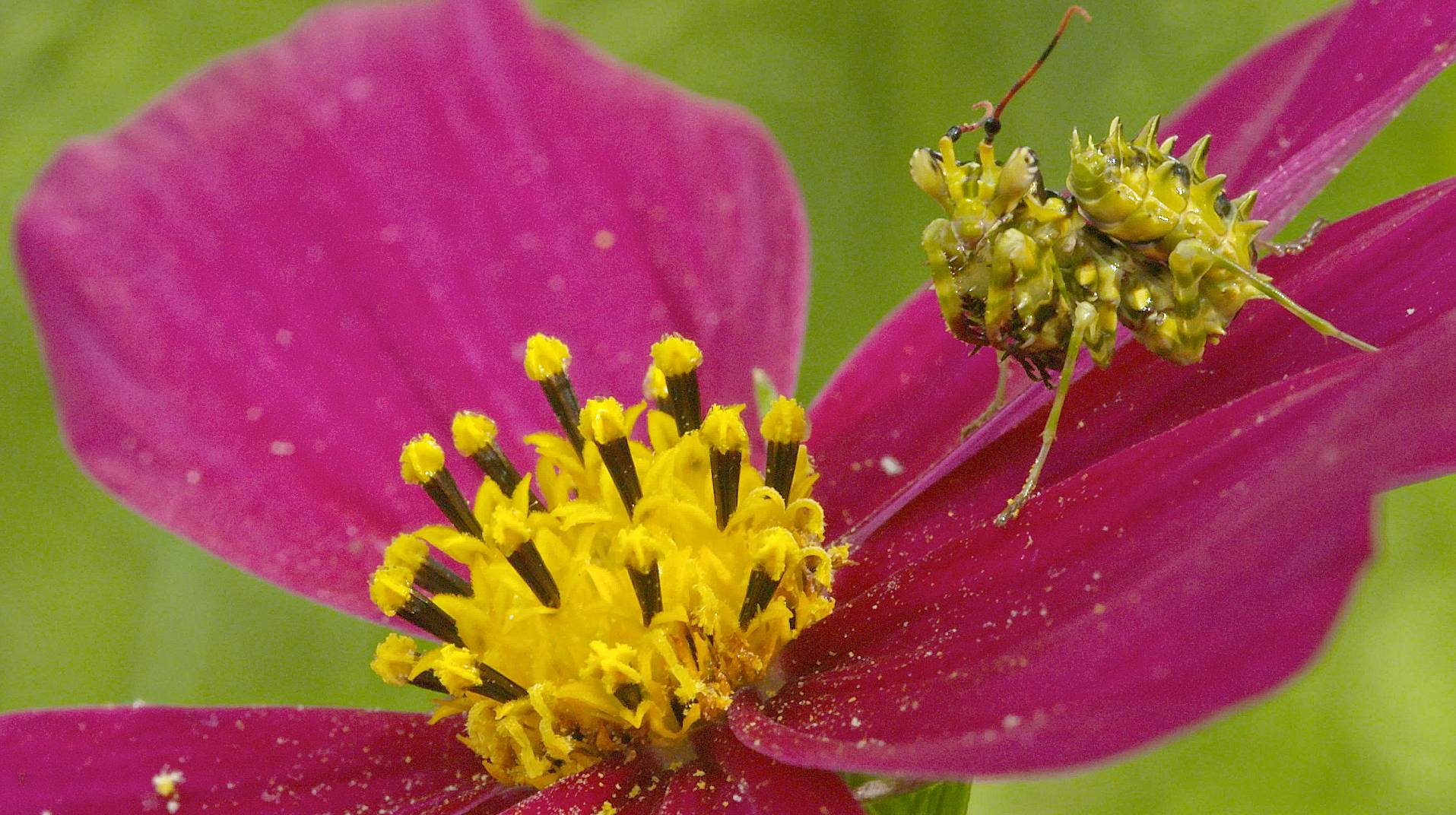 This appears to be a species of Sub-Saharan flower mantis in the genus Pseudocreobotra. 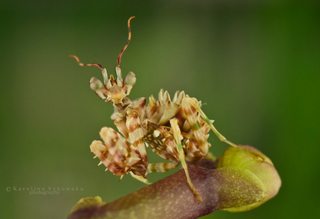 The species gets its name from the spiny structures on its abdomen. According to Wikipedia, the color is variable:

being typically greenish, but it can equally be yellowish, pinkish or reddish

According to here, you can determine the sex of your specimen by counting the "abdominal appendages" (i.e., spikes):

females have just 5 abdominal-appendages on the underside, however males have 6 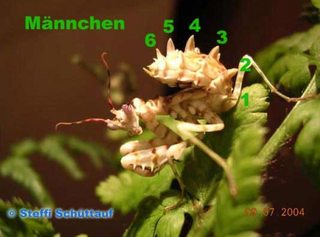 This might also be P. ocellata, which would be able to be distinguished from P. wahlbergi based on its smaller adult size [source].

18
Help identify this worm-like thing
3
Praying mantis identification
17
Identify this giant green moth(?) with great taste?
3
What kind of salamander is this?
0
Trying to identify a Spider found in rural Missouri, USA