Do hermaphrodites have more nerve fibers in their puendal nerve?

Recently I have been thinking, both the glans penis and the clitoris are the most sensitive parts of the body. They contain a lot of nerve endings. Do hermaphrodites share the nerve fibres between the two organs, or do they have double the regular amount of nerve fibers?

Short answer
The genitals of true intersex individuals are not duplicated. Instead, their external genital features are hybrid structures. In turn, it's not a matter of duplicated neural innervations.

To proceed to the most extreme case, namely the true intersex individuals - these people display both male and female external genital tissues. However, this doesn't mean they have fully developed male as well as female genitals.

Now taking a step back to the normal male/female situation - you have to realize the clitoris and glans penis develop from the same tissue (Fig. 1). In true hermaphrodites, the external genitalia are not duplicated, instead they form a hybrid, where it becomes unclear what exactly is present: a small (glans) penis, or an outsized clitoris (Fig. 2).

So in all it is not a matter of duplication, but a hybridization of similar feats. 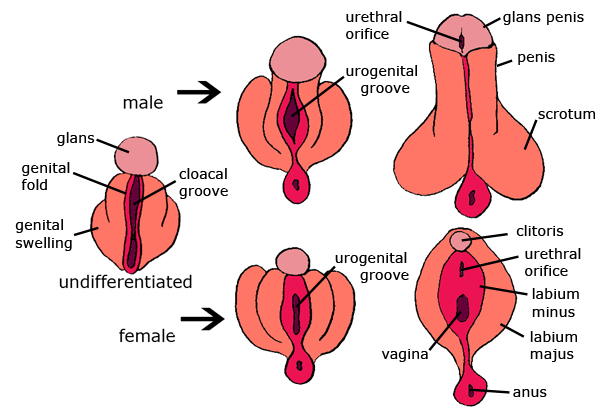 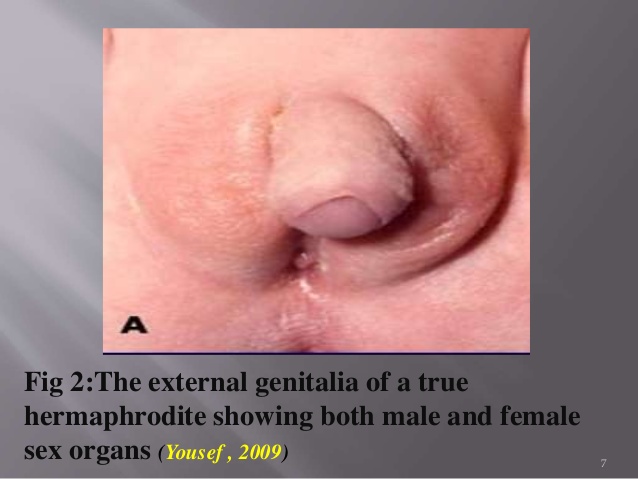 Not the answer you're looking for? Browse other questions tagged neuroscience reproduction peripheral-nervous-system or ask your own question.

33
Why are not all species hermaphrodites?
4
If nerve consists of many axons, where are then their soma located?
2
Any nerves/fibers in foot similar to ulnar nerve in elbow?
2
Does every nerve ending send information to the brain separately?
1
How do nerve impulses travel so quickly?
5
Why do nerve gas victims have chronic neurological issues?
10
Does every person have unique nervous system?