What type of bee/wasp is this?

I found some bees or wasps, in my garden.

The nest or hive is underground (otherwise I'd suspect honey bee, though they seem a little smaller even than honey bee workers).

I managed to catch one eventually, but then I realised the container had oxide powder, so the bee in the attached picture is a lot blacker than it was in life. It is also dead ( just in case that's not obvious) 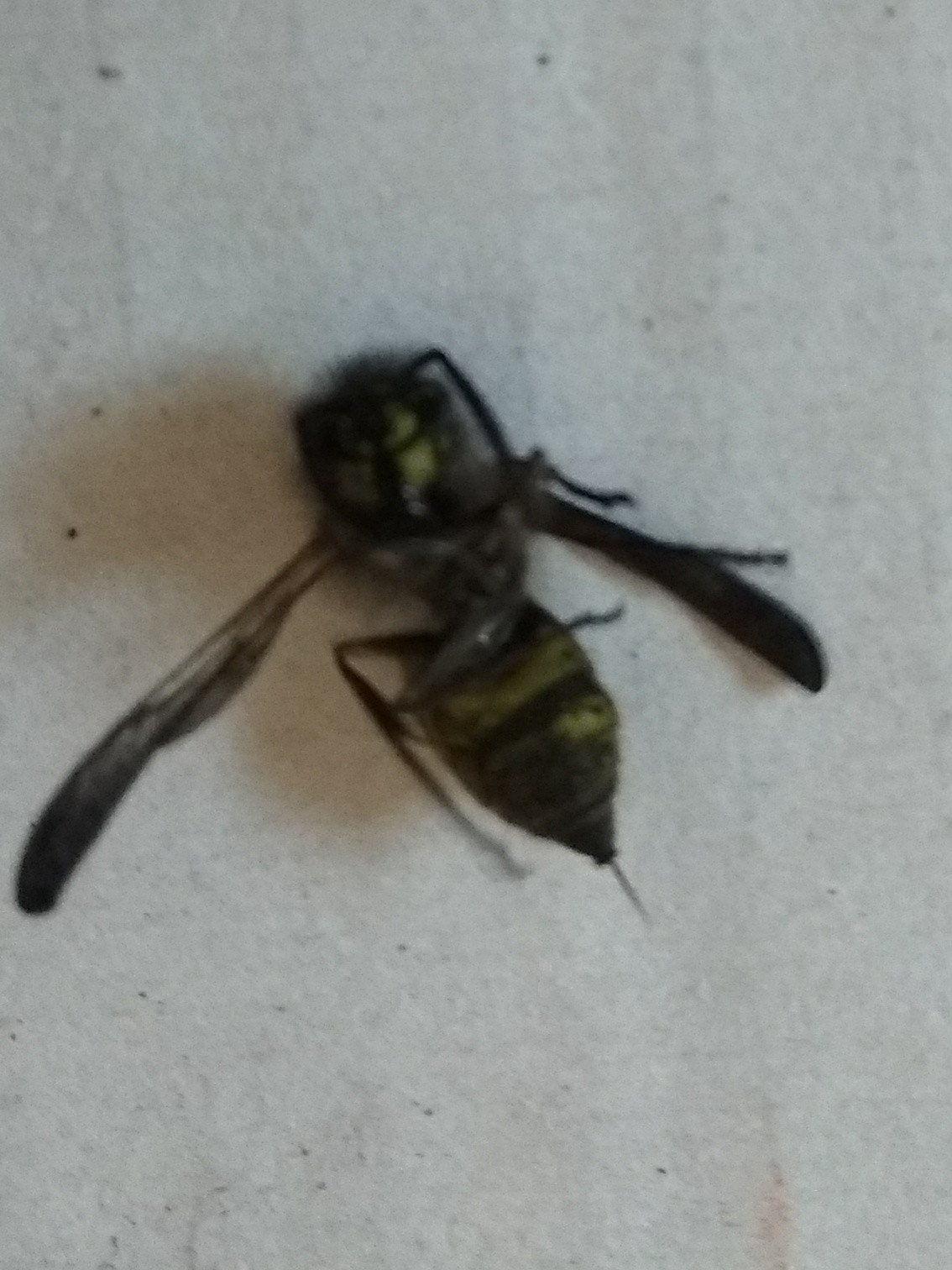 I am a beekeeper but only beginning, so I do have honeybee workers to compare it to, but not a whole lot of experience.

It is a vespid wasp (family vespidae). Bees are generally hairy, and this one has the typical wing folding of a vespid. Genus Vespula. There is a New Zealand website that shows the differences among common NZ wasps here: https://www.landcareresearch.co.nz/science/plants-animals-fungi/animals/invertebrates/invasive-invertebrates/wasps/identification/key-differences