Is there any example of living beings destroying their environment?

I had an argument with someone about mankind being the only being destroying its own environment. I don't think this is true, yet, I cannot provide any example of significant importance.

Are there any examples of a living being destroying its own environment, making it uninhabitable to them? (Bonus point if this event led to an environmental catastrophe or to their extinction.)

As simple as the question seems, it actually contains some issue in the conceptualization of a species in isolation that affect or does not affect its environment.

Species do not exist in isolation from others. Many species have very important impact on their environment. These transformations would yield the environment to be unsuitable for the survival of the species over time if there were no other species to interact with. But by the existence of other species creating a cycle of, say oxygen for example, the transformation that the species is bringing to their environment is not seen as destroying the environment. In fact, if they were to disappear that could be an important problem. Let's go through examples

In the history of our planet, about 2.45 billions years ago, some species started to produce oxygen. Before that the oxygen level on earth was very low. We refer to this rise in oxygen as the Great Oxygenation Event. At the time, there was very few species that were performing respiration (breaking up oxygen and producing carbonic gas). Oxygen is a very reactive molecule and the rise in oxygen level was actually a MASSIVE environmental impact (arguably the most important life-induced environmental that had ever happen on Earth). It lead to an event of mass extinction.

The main contributors to this rise in oxygen were cyanobacteria. Cyanobacteria were most definitely destroying their environment. However, today, while modern cyanobaceteria are still producing loads of oxygen, we don't consider they are threatening the environment. In fact, they are fixing quite a bit of carbonic gas, which we rather tend to see as beneficial.

I will not develop this example too much... Ants are greatly affecting forests of the world. Without ants, forests would be pretty different (see this non-peer reviewed source of information).

So, wether a species is "destroying" it's environment depends upon what other species are around. It also depends upon what you are aiming for (species diversity vs stable communities vs ...) but I won't go into these details.

What species destroy their environment

it would not be 'more wrong' to ask

Always keep in mind, that no species can live sustainably on its own alone.

Do humans destroy their environment? 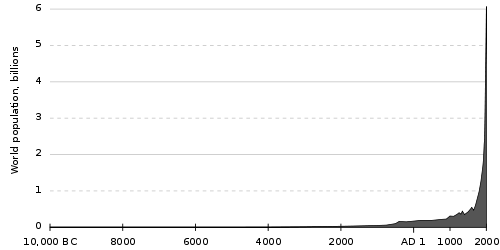 So, yes we are pumping lots of carbon dioxide in the atmosphere. We get this carbon from forests we cut down, from large carbon reserves that have accumulated over millions of years (petrol, gas, peat and others). This change in our environmental impact is often seen (and for rather good reasons) as destructive.

Other modern species that destroy their own environment

Many of these examples are from western countries because 1) that's what we tend to have most data on 2) because that's what I know having only lived in Europe, North America (and a little bit in Indonesia) 3) There are many examples from Australia and New Zealand because they are the world champions in invasive species and in bad policies concerning these invasive species!

Some readers will probably complain (and some with good reasons) about the species listed as what we mean by "destroy" is very subjective and my list is not intended to show the species that are considered "most destructive". Also, the locations of where these species are invasive might be inaccurate and I welcome anyone to edit them.

You can also consider any predator (incl. herbivores) and parasitic species that is leading it's prey / host to extinction such as

Coming back to the question

Is there any example of living beings destroying their environment?

Yes... other species than humans are "destroying" their environment. Estimating how much they are destroying their environment is really hard to both define and measure. Without a good working definition and without looking at actual data, I would personally be happy to consider humans as being the species that "destroys" the most today.

Yellowstone National Park ecosystem will serve as a good example of this question.
Here is a link to an youtube video describing the situation pre and post introduction of grey wolves to Yellowstone (around 1940).
As you can infer from the video, when the wolves were hunted to the point they were non-existent in Yellowstone, the herbivores (majorly moose/elk) got free rein of vegetation. Since, they were left unchecked they went on to reduce river bank forest cover by a large margin. If the wolves were not introduced, the larger herbivores would have first driven smaller herbivores to zero by denying them nutrition and later find themselves suffering the same fate once they have completely consumed all vegetation.
However, it can still be argued that we are the only species to consciously destroy our 'habitat'. But the realization that we are doing so is quite recent and maybe, just maybe, if we had known what repercussions our activity would have on our 'habitat' we may not have done so.

Not the answer you're looking for? Browse other questions tagged botany zoology ecology conservation-biology or ask your own question.