Have skeletons of "failed" animals been found yet?

I don't know what the correct term for "failed animals" is, but I mean those animals which wheren't able to survive due to their "failed" evolution process. Because evolution, as we see it today, has gone through a lot of "this doesn't work" and "this does work" - so the "good" outcomes of mutation have survived and the others haven't.

So I want to ask if skeletons of any of those "failed animals" have been found or not. So is there any evidence of animals who had a "really bad" mutation (not illness, but mutation) and haven't survived in the process of evolution?

Short answer
The dodo and Irish Elk, both going extinct relatively recently, are examples of species that have yielded skeletons and went extinct, at least partly, due to maladaptations.

Background
Extinct animals are an example of an answer to your question, barred those species did not go extinct through a cataclysmic event of course. No species can evolve into a meteor-resistant species. The term you are looking for is, I think, maladaptation.

For example, the Irish elk (Fig. 1) has been proposed to have gone extinct at least partly through a maladaptation. The male Irish elk was grew the biggest antlers ever recorded, (over 10ft (3 m) wide. Irish elk became extinct 10,600 years ago, and the male antlers have been proposed as a possible reason, although this is debated (source: Wikipedia). For example, males might have suffered because they got entangled in thickets. The climate changed at the end of the last Ice Age, causing the woodlands in which elk live to shrink. And food shortage might have resulted in a lack of nutritional support for the hefty antlers. However, extinction of an entire species is always caused by a multitude of cooperative factors, so the antlers alone can't be blamed (source: Love Nature, Wikipedia).

Also the dodo (Fig. 2) can be an example of an answer to your question. While not caused by a natural phenomenon, some animals simply become maladapted due to human influences. The dodo is the classic example. The dodo went extinct in the 1600's. It was adapted to life without ground-dwelling predators, as it nested on the ground and couldn't fly. The plump, slow, flightless birds were unable to escape from the sailors and their dogs, rats and pigs who landed on Mauritius (sources: Smithsonian, Love Nature). 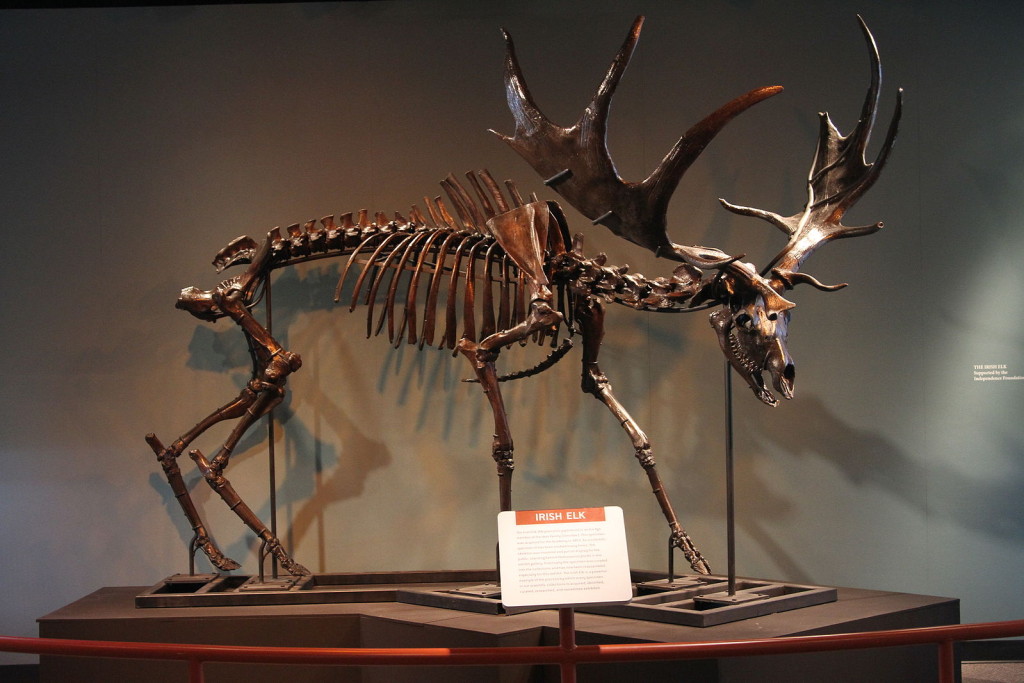 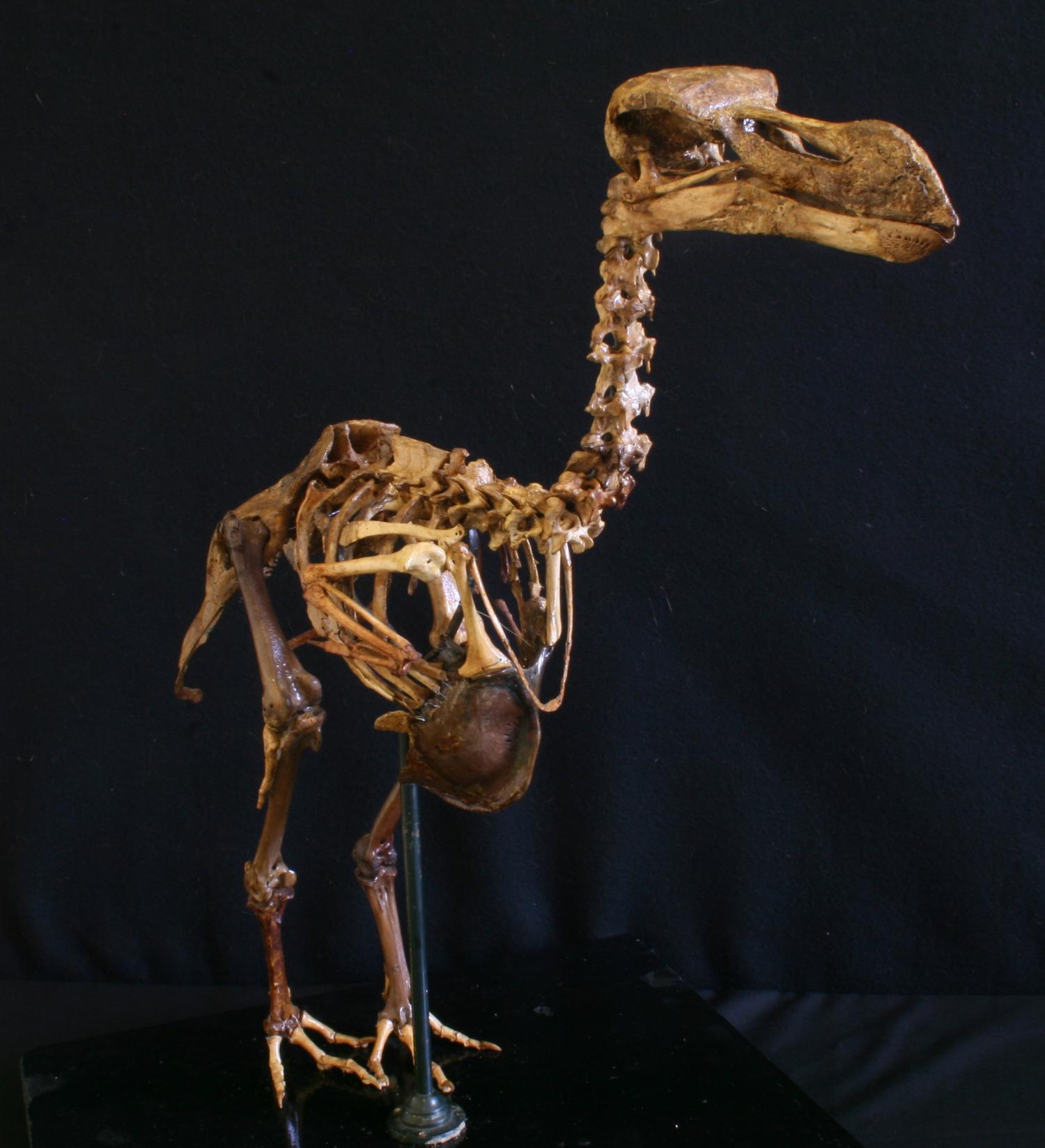 Of course, we don't need evidence of that in the fossil record: we have evidence of that on going. All around us we see mutations which lead to life-impairing or life-removing disease. However, if the mutation causes early death, it never has the chance to reproduce.

Not the most official source, but Wikipedia does say it well:

Alleles that need only be present in one copy in an organism to be fatal are referred to as dominant lethal alleles. These alleles are not commonly found in populations because they usually result in the death of an organism before it can transmit its lethal allele on to its offspring. An example in humans of a dominant lethal allele is Huntington's disease, a rare neurodegenerative disorder that ultimately results in death. A person exhibits Huntington's disease when they carry a single copy of a repeat-expanded Huntingtin allele on chromosome 4.

It bears mentioning that Hungtington's is a disease which only shows up later in life, giving a carrier the opportunity to pass it on before it shows up. This allows it to be passed on to its offspring.

There are lots of them, at one time scientists were far more entered in them than normal critters. So called aberrations or anomalous creatures. Animals born with two heads, extra limbs, and other deformities, even some congenital defects would count.These of course are most likely to be fond in organisms we have lots and lots of fossils of like invertebrates. Note most of what you find are injuries which makes sense statistically, it is rare to find a modern wild animal that is has no sings of injury.

Below is an example of a skull of a horse with cyclopsia, an entire website is devoted to abnormal trilobites, and here is paper listing known abnormal ammonites. 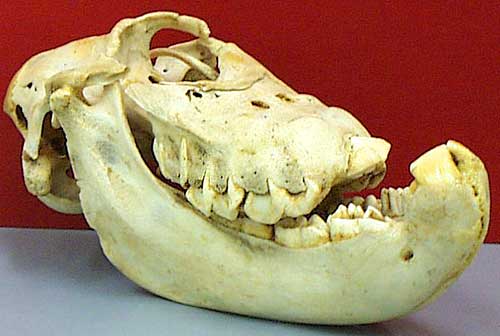 Not the answer you're looking for? Browse other questions tagged evolution palaeontology extinction or ask your own question.

3
Preserved alpha complementation over evolutionary time?
3
Evolutionary Cell Structuring
6
Why do most animals never seem to evolve over millenia?
7
Extinction of species
0
Why is hunting big animals more dangerous for the species?
1
Fossil record of previously thought extinct animals
4
Does a virus that spreads more rapidly have less chance to evolve?