I found this fruit fly in Pune/India. It was about 1 cm in size. I explored info on several species in same region, but they were different in appearance, especially that black spot in middle of body. 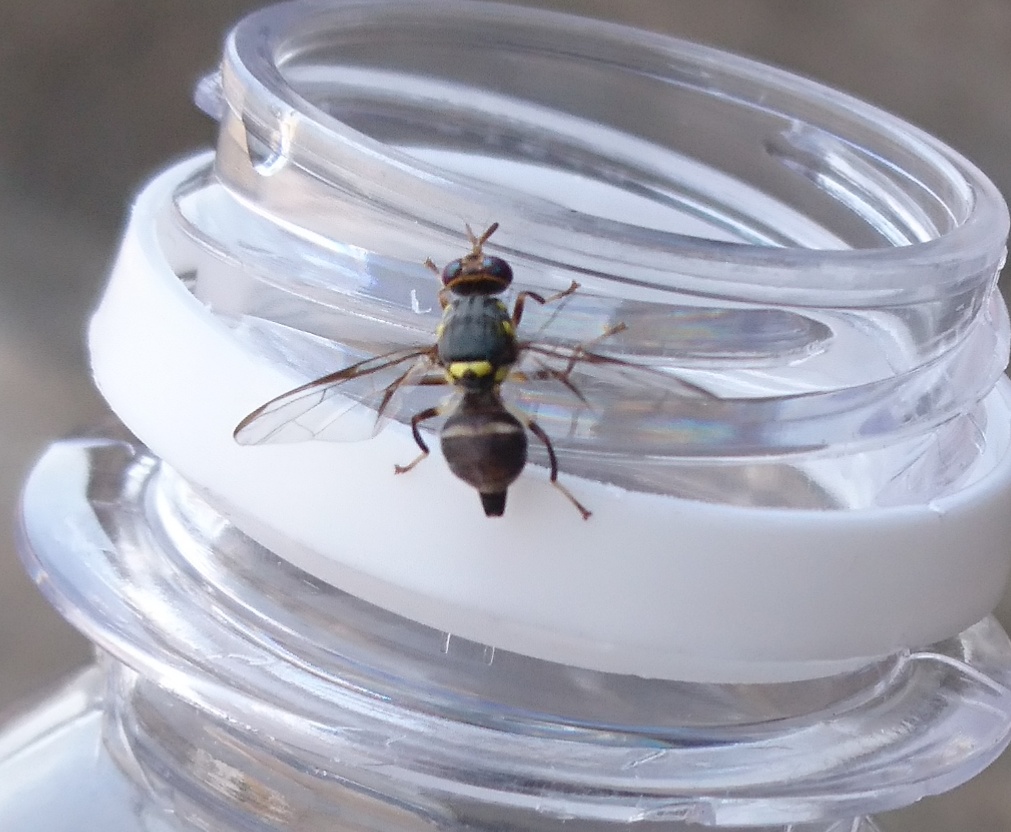 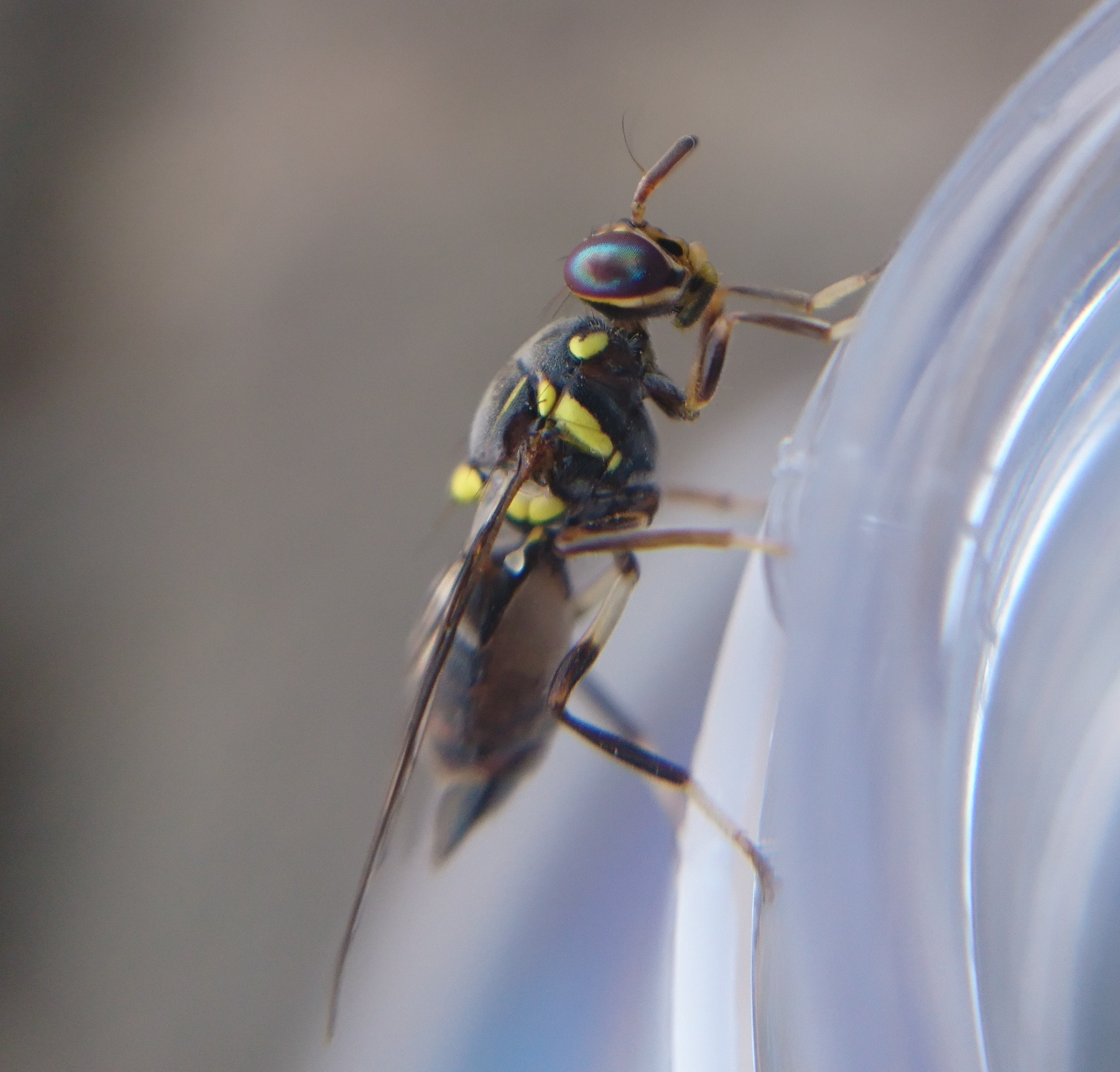 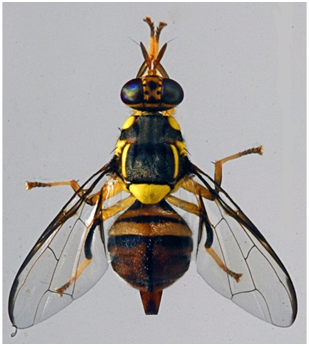 It looks similar to this species based on the characterstic yellow spots, shape of the abdomen, as well as the light brownish orange stripes on the abdomen.

I had arrived at this conclusion by reverse-image searching the second picture that you have posted and observing the thorax and abdomen patterns. This image shows a very similar pattern as shown in your second picture: 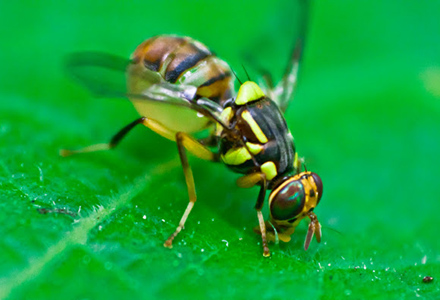 The Wikipedia article has quite some stuff to say,

Bactrocera dorsalis is a species of tephritid fruit fly that is endemic to Southeast Asia, but has also been introduced to Hawaii, the Mariana Islands and Tahiti. It is one of the major pest species in the genus Bactrocera with a broad host range of cultivated and wild fruits.

Considering that you had found this insect in Pune, it makes a lot of sense to conclude that this is, in fact, the insect that you have found.

3
Can fruit fly larvae eat plastic?
2
Help me to identify this stream insects
3
Help identifying a fly by its remains
2
Is this a type of fruit fly?
5
Help me identify this Bug species