Why is the nucleus accumbens in that place?

This description of where the nucleus accumbens is (Ac) says that it should be near the lateral ventricle, when it is quite clearly very far away? How is this?

the region surrounding the tip of the lateral ventricle, at the ventromedial margin of the rostral pole of the medial striatum (MSt) in birds is marked as the nucleus accumbens

Furthermore the lateral ventricle seems to be in very different places in both diagrams although they are both avian brains? 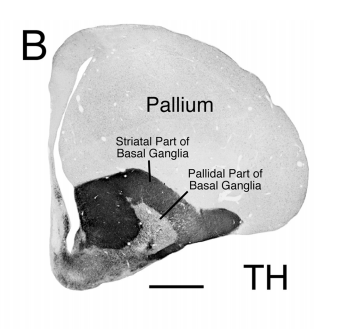 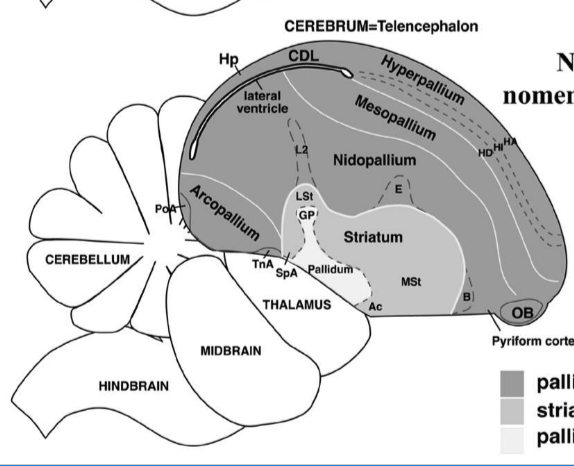 thank you for any help :)

The ventricle looks in a different place simply because the first image is a transverse section whereas the second one is a sagittal section. In the sagittal version the striatum looks very far from the ventricle because it is a quite lateral slide, more medially it would look closer to it as it does in the first figure you show. 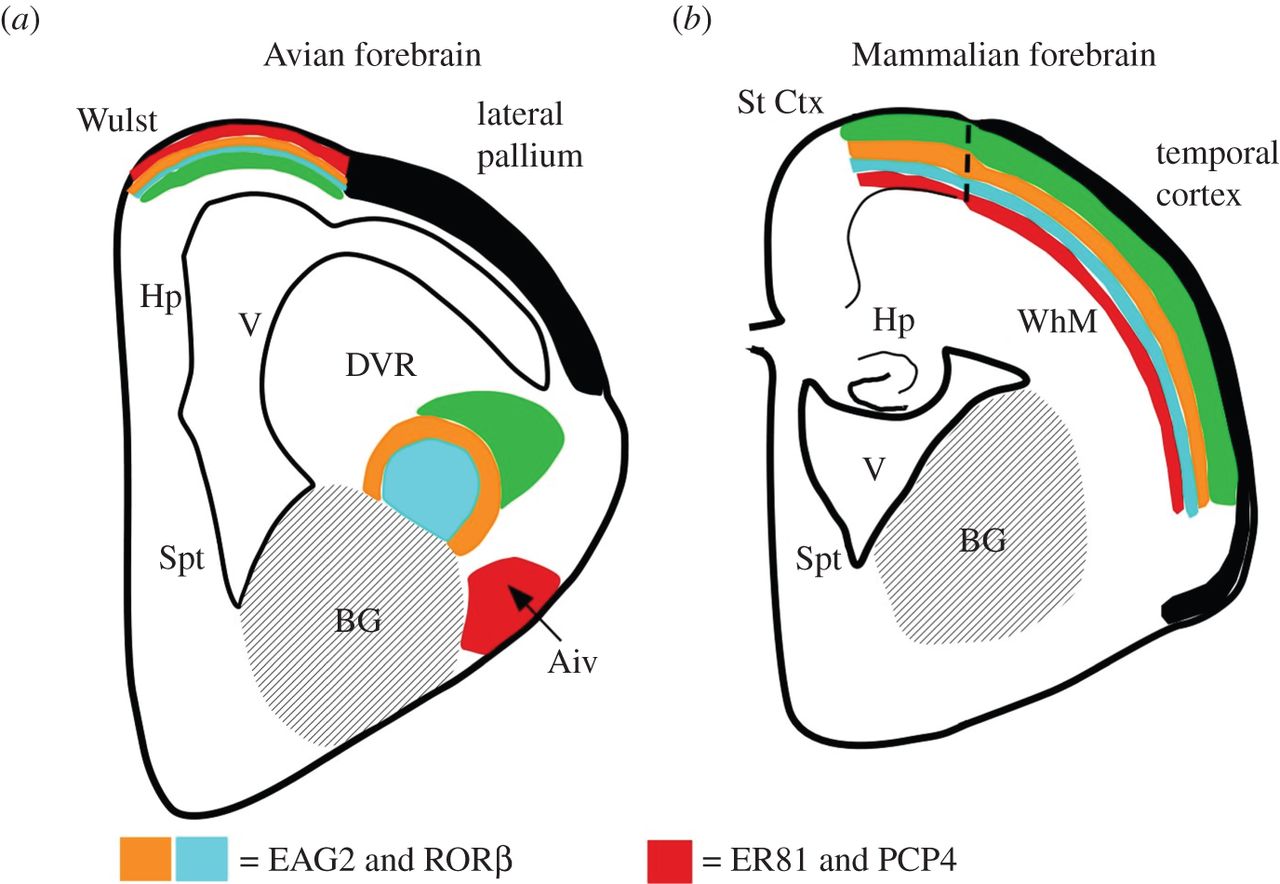 Not the answer you're looking for? Browse other questions tagged neuroscience zoology brain ornithology ventricles or ask your own question.

3
What is the creature with the lowest neuron count that demonstrates cognition beyond reflexes?
4
What are the factors that control the speed of propagation of neuronal signals?
8
Why did the Brain develop in the front in most organisms?
8
Why do emperor penguins breed during the antarctic winter?
3
Why summation takes place at Initial segment?
2
Understanding the concept of a “Place Field” and the difference between place cells and grid cells
2
What do the column labels in this table mean?
2
What is Modulation Power Spectrum?
1
Why do birds that walk on the ground walk so “bumpy”?