What caused the Mesozoic-Cenozoic radiation?

There is no real start to a radiation event.

Essentially radiations are always happening, there is always some radiation going one in some clades. But if you suddenly wipe out a large number of species and organisms, many of those what survive will be the ones that were radiating simple becasue they were small fast breeding generalists which is also the group that radiate a lot. Small fast breeding generalists are what what best survive mass extinctions and a group that does a lot of radiating. There is also a large anthropomorphic component to this, if you take the tree of life and make a radom slice across it anywhere it sill look like many of the groups that survive are radiating becasue all the other radiation events are cut off, while we ignore stable groups becasue they are stable. You can even notice that the radiation of different groups start at different times but then explode after the event. Almost as if our artificial lines between groups is not a great predictor of diversification events. Radiation events are not one off occurrences with clear cut beginnings and ends but a prolonged uptick in an ongoing system with a lot of variation. there is no clear cut start to radiation events imagine trying to pick the exact second summer or winter begins using nothing but temperature data, there is just to much noise due to local and daily condition to make any such point anything but arbitrary.

So the large scale radiations is still caused by the extinction event, it however will almost always look like it was happening earlier becasue on a small scale it never really stops, and where we draw the lines for groups does not correlate well with radiation events, yet we still use it to decide which "groups" are radiating. 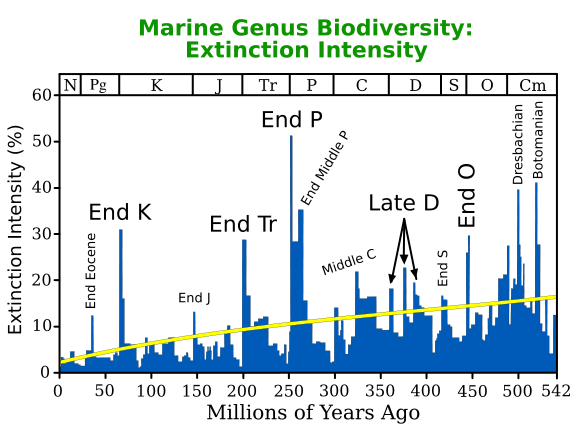 If you look at this paper and its graph you can see this effect in angiosperms. The group originates and begins to diversify before the KT but a massive upswing in diversity happens after (actually fairly long after, once the climate/extinction has stabilized) 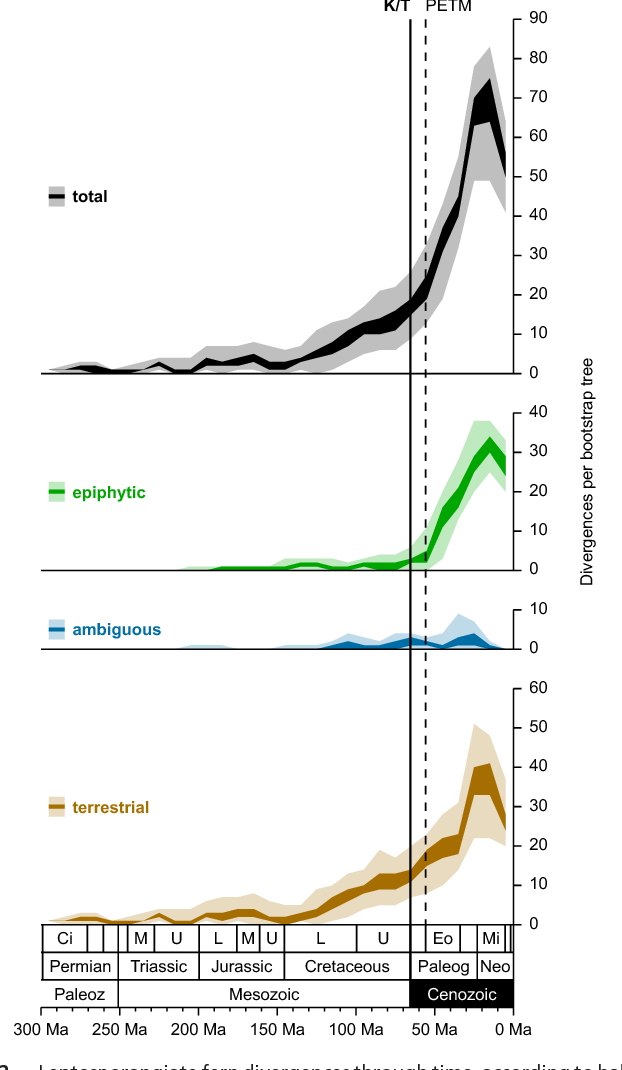 Not the answer you're looking for? Browse other questions tagged radiation extinction or ask your own question.